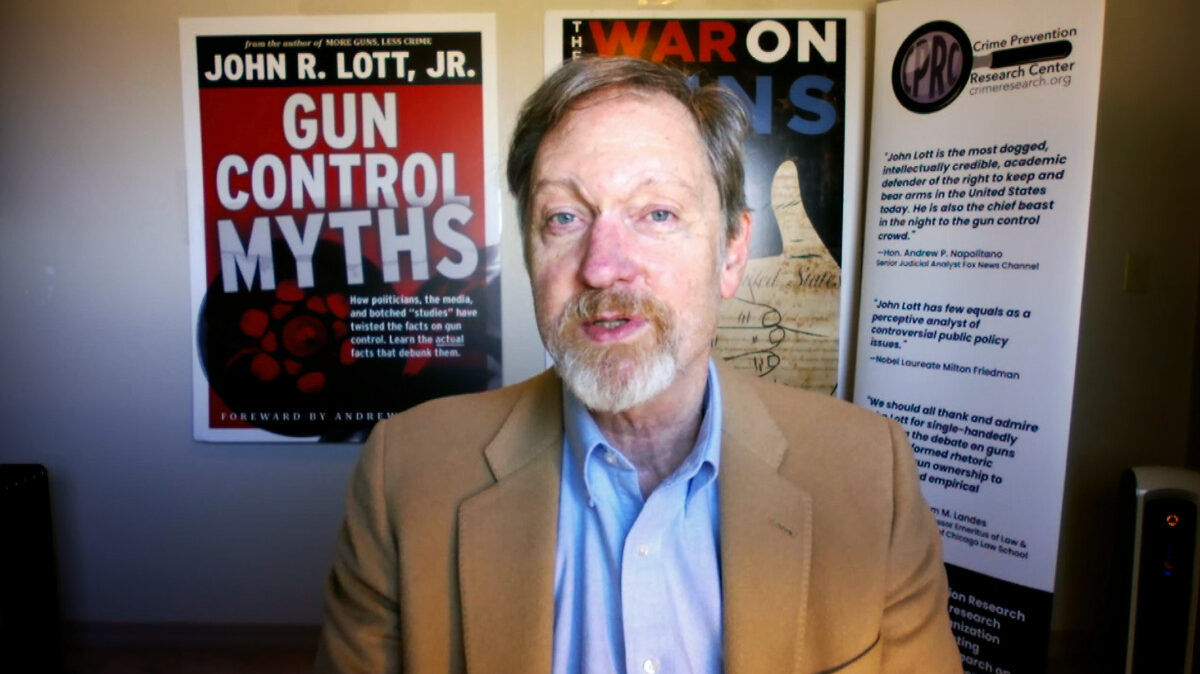 Recent mass shootings have brought guns back to the center of national debate, and President Joe Biden has announced new executive orders on gun control.

At the center of the discussion is a question: do gun control measures prevent crime or do they actually do the opposite?

To understand what the data says, I decided to sit down with John Lott, who has studied the impact of gun control measures for decades. He’s the founder of the Crime Prevention Research Center, and author of a number of books on guns and gun control, including most recently, “Gun Control Myths.”

In this episode, Lott breaks down the biggest misconceptions he sees around gun control, how media coverage skews people’s perceptions, and why he believes gun control measures will actually harm minorities and the most vulnerable.

American Thought Leaders is an Epoch Times show available on YouTube, Youmaker, and The Epoch Times website. It also airs on cable on NTD America. Find out where you can watch us on TV.