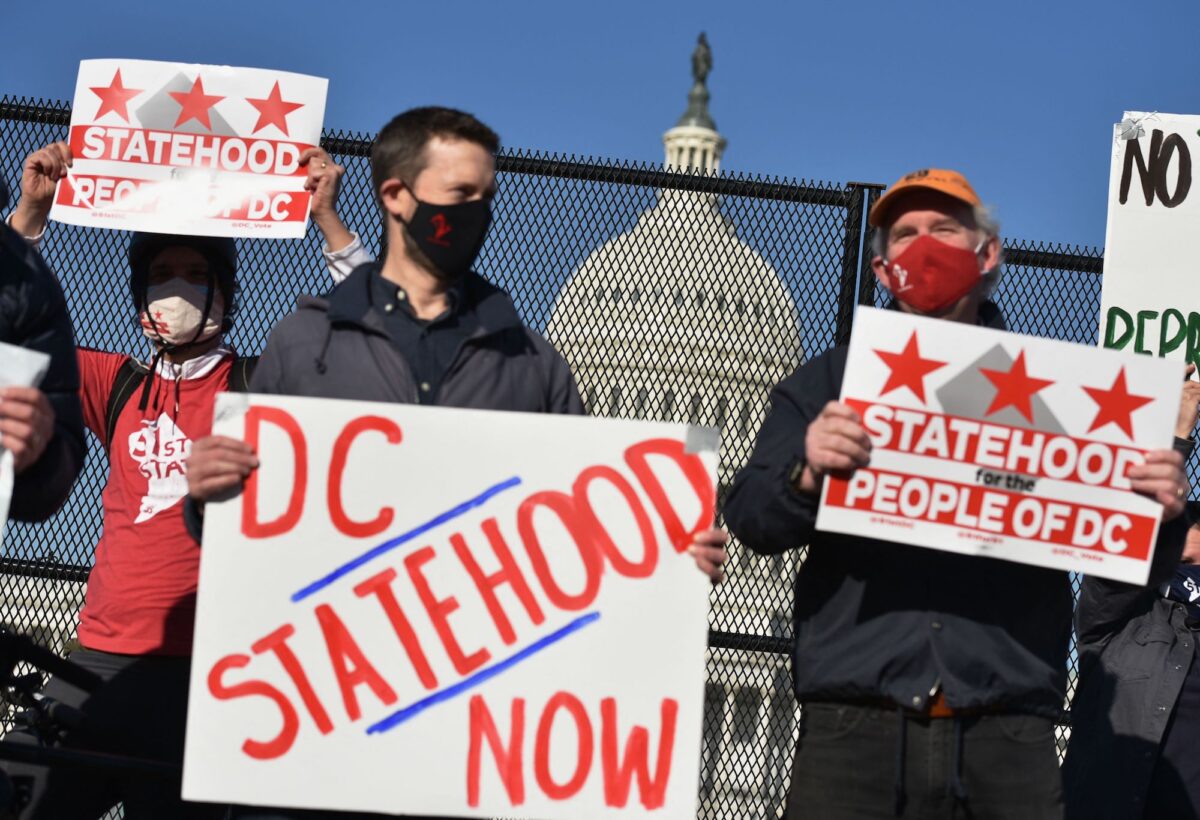 The Biden administration said Tuesday it supports H.R. 51, the Washington, D.C. Admission Act, backing the congressional Democrats’ view of “no taxation without representation,” while Republicans see the legislation as an unconstitutional power grab to add two more Democrat senators.

The administration said it has been too long for the over 700,000 people of D.C. that have not been allowed representation in Congress, while GOP members of Congress argue that the Founding Fathers did not intend for D.C. to be a state.

“This taxation without representation and denial of self-governance is an affront to the democratic values on which our nation was founded,” the White House statement (pdf) reads. “Establishing the State of Washington, Douglass Commonwealth as the 51st state will make our Union stronger and more just.”

At present, D.C. residents do not have any voting representation in Congress and the district is led by a representative Council and mayor. Laws are reviewed by Congress, which has authority over its budget. In 1961, the 23rd Amendment was added to U.S. Constitution to give D.C. residents the right to vote in the presidential elections, with the same number of electors as the smallest state.

In addition, D.C. has 1 delegate, currently Eleanor Holmes-Norton (D-D.C.), who does not get to vote on the House floor on legislation but does get to sit on committees and introduce bills and vote on procedures.

Republicans argue that the D.C. statehood bill is not Constitutional and is a way for Democrats to gain power in the Senate which is currently evenly split. “H.R. 51 is about one thing, that’s creating two new Democrat seats in the U.S. Senate to push forward a radical agenda that’s been rejected by the American people,” said Rep. James Comer (R-Ky.) on Tuesday, the ranking member of the Rules Committee.

Rep. Guy Reschenthaler (R-Penn.) echoed Comer’s view of the unconstitutionality of the bill.

Meanwhile, Holmes-Norton, one of the key sponsors of H.R. 51, said the U.S. Constitution’s position on giving statehood to D.C. could be interpreted differently and Congress has allowed jurisdictions to get statehood if certain criteria are met.

“While the Constitution does not establish any prerequisites for new states, Congress generally has considered three elements in admission decisions, population and resources, support for statehood, and commitment to democracy, D.C. meets all three,” said Holmes-Norton.

The American Civil Liberties Union put out a call for support of the D.C. statehood bill saying the lack of representation is rooted in racism and that, “The lack of statehood for Washington, DC’s 712,000 residents is a prime example of voter suppression.”

The administration called for Congress to provide for a swift and orderly transition to statehood for the people of Washington, D.C. Committee.

After the House Rules Committee’s deliberation of the bill, H.R. 51 will be voted on by the Democrat-led House, where it is likely to pass for the second time but will have much more of an uphill battle in the evenly split Senate.