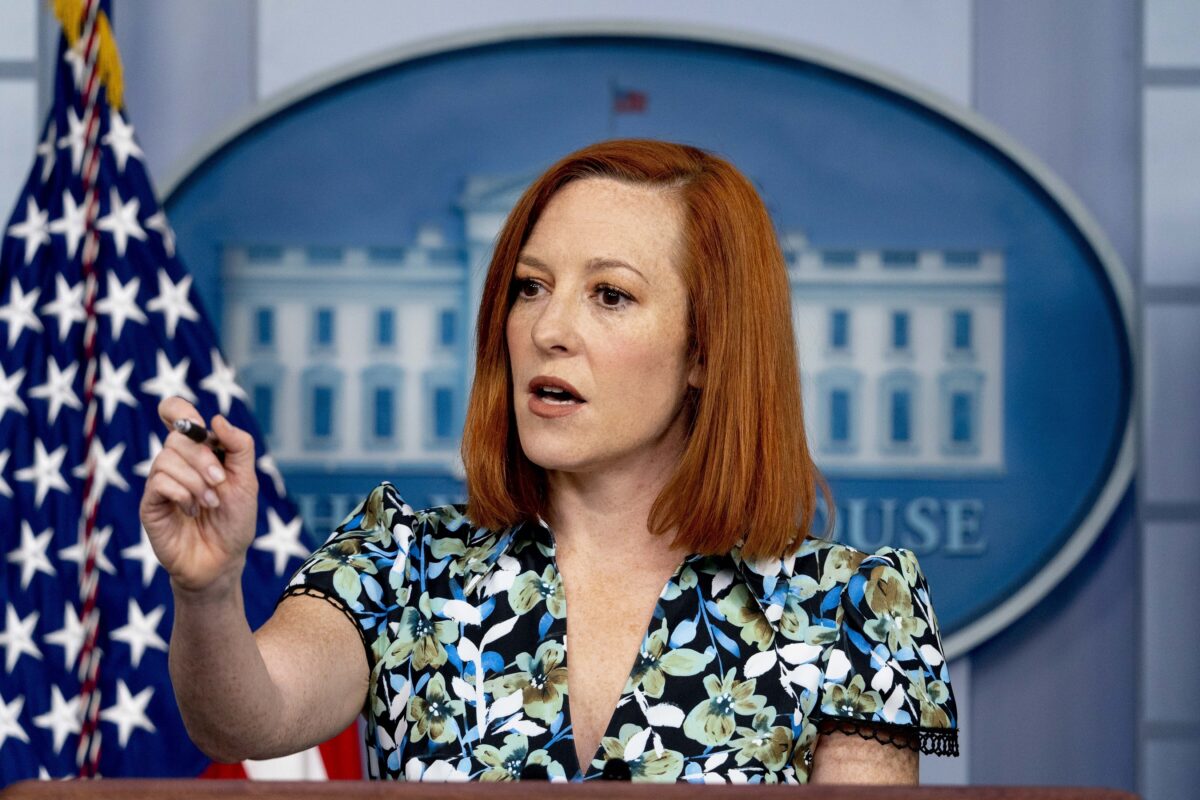 White House press secretary Jen Psaki suggested Thursday that she will step down next year, according to a recent interview.

Psaki said that while it’s a “great job” to have, “it will be hard” to leave. “I also never thought I’d be here, and I also love my kids a lot,” she remarked.

Her comments to Axelrod came on the heels of an interview earlier this year with the New York Times, where she said she would give someone else a chance to be press secretary.

“I think there frankly needs to be diverse spaces and voices as communicators. Women, certainly, but beyond that,” she said at the time, without elaborating.

In the same podcast, Psaki was asked about President Joe Biden’s press appearances, saying that the White House’s communications department doesn’t want the president to engage with reporters who shout questions.

“That is not something we recommend,” Psaki said in the CNN interview. “In fact, a lot of times we say ‘Don’t take questions.’”

But, she ultimately conceded, “He’s going to do what he wants to do, because he’s the president of the United States.”

Psaki has worked within the Democratic Party sphere since the early 2000s, having been employed during former President Barack Obama’s first presidential run in 2008. She also served on his White House communications team as deputy press secretary and deputy communications director before becoming a spokesperson for the U.S. Department of State.

After leaving the Obama administration, Psaki joined CNN in 2017 and remained at the network until 2020, where she worked as a political contributor. In November 2020, Psaki left CNN and joined the Biden transition team after the election.

When it was announced last year that she would be joining Biden’s team, Psaki received flack from conservatives over a viral photo of her in 2014 wearing a pink Russian fur hat that bears the Soviet Union’s hammer-and-sickle insignia. She was seen alongside her boss, former Secretary of State John Kerry, as well as Russian Foreign Ministry spokesperson Maria Zakharova, and Russian Foreign Minister Sergei Lavrov.