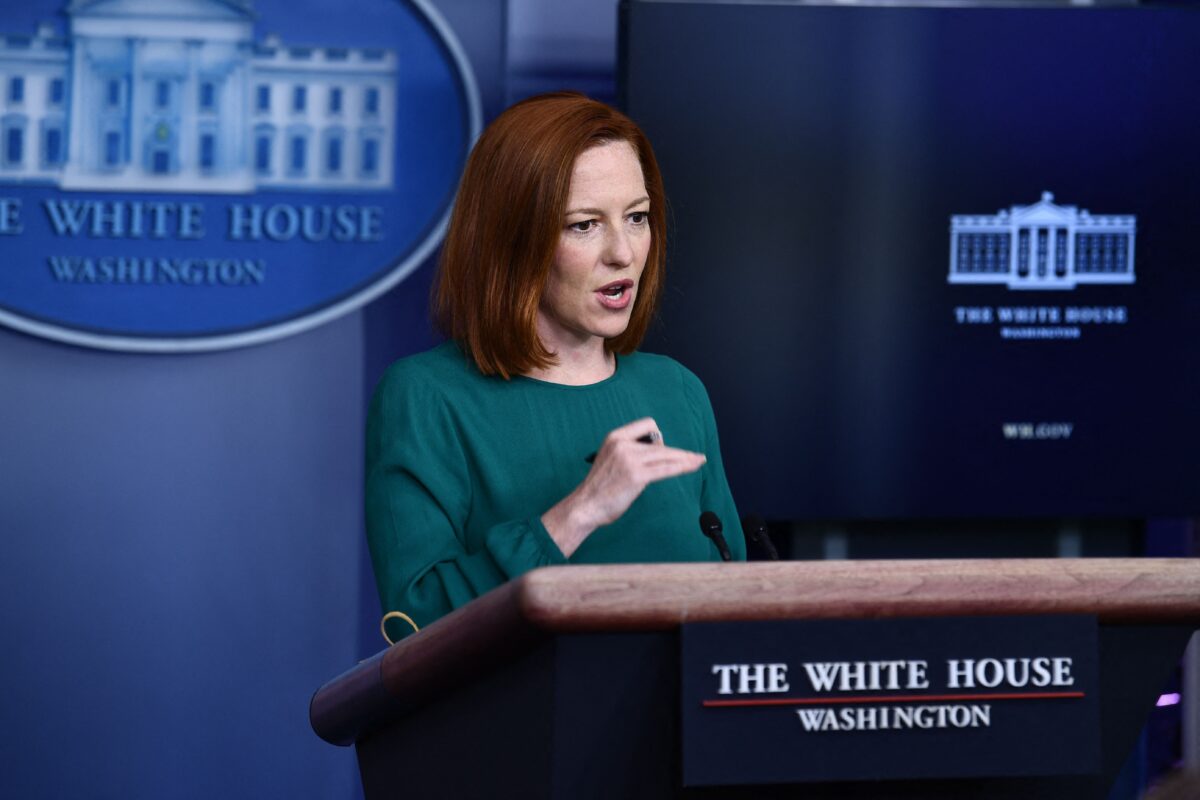 “We’ve run PSAs on The Deadliest Catch. We’re engaged with NASCAR and Country Music TV. We’re looking for a range of creative ways to get directly connected to white conservative communities,” Psaki said on Monday at the press conference.

The Deadliest Catch is an award-winning reality television series on the Discovery Channel. The National Association for Stock Car Auto Racing (NASCAR) is the largest organization in the United States and the world to run stock car racing.

“There are a number of steps that we’ve taken in the recent weeks, including launching the Community Corps, which is our program to provide fact-based messages into the hands of local messengers. So we’re now working with more than 4,000 organizations that have signed up so far across the country,” Psaki said.

“We’re also investing $3 billion to states and community-based organizations to strengthen vaccine confidence in the highest-risk and hardest-hit communities,” Psaki added, explaining that those are not just black and brown communities, but including “conservative communities” and “white evangelicals.”

Psaki also indicated that Dr. Anthony Fauci and other White House COVID-19 team members would keep participating in media interviews and other activities to encourage people to take vaccines.

Last week Pentagon officials said that about 40 percent of U.S. Marines have declined to take a COVID-19 vaccine.

Last month a national poll result (pdf) showed that 43 percent of Americans would definitely or probably not get a vaccine. The poll was conducted by the Associated Press and the NORC Center for Public Affairs Research.

The Food and Drug Administration (FDA) and the Centers for Disease Control and Prevention (CDC) recommended on Tuesday to halt the use of Johanson & Johnson’s COVID-19 vaccine due to cases of post-vaccination blood clots.

At least four mass vaccination sites have suspended administering vaccines in recent days because of sets of adverse reactions following shots from the New Jersey-based company.

Johnson & Johnson told The Epoch Times in a recent statement that “at present, no clear causal relationship has been established between these rare events and the Janssen COVID-19 vaccine.” Janssen is a Johnson & Johnson unit.

The White House indicated that the Johnson & Johnson vaccine’s pause wouldn’t have a lasting or significant impact on the federal government’s vaccination plan.

Zachary Stieber and Jack Phillips contributed to this report.