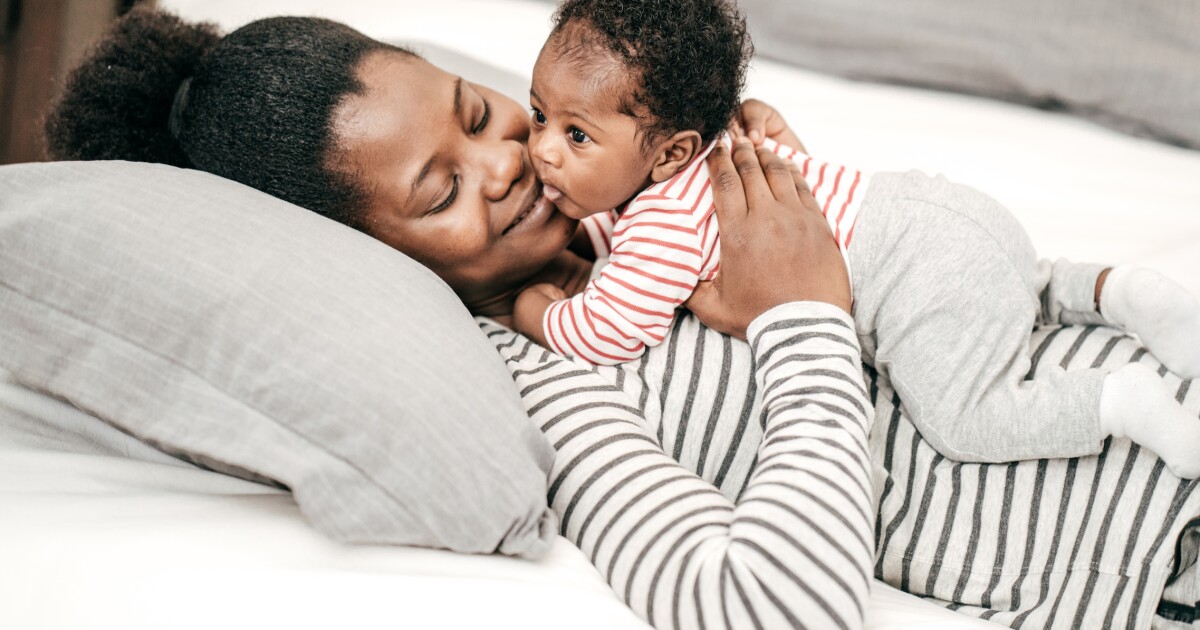 A group of Democratic lawmakers is calling a permanent extension of the child tax credit a “priority” amid reports that the White House is only planning to seek to extend it for a few more years.

President Joe Biden’s administration is working on finalizing a proposal for another massive spending package that will follow the White House’s $2.3 trillion infrastructure package. An administration official confirmed to the Washington Examiner on Tuesday that the second package will focus on building economic security for the middle class with funding for child care, education, and other areas.

The proposal, which is being billed as the American Families Plan, would cost at least $1 trillion and is set to include a provision that would extend the child tax credit, which was recently strengthened for a year as part of Biden’s $1.9 trillion American Rescue Plan, through 2025, the Washington Post reported.

Democratic lawmakers, who pushed the COVID-19 spending package through Congress without a single Republican vote by using a budgetary tactic, had beefed up the child tax credit during that process.

Prior to the expansion, families received a credit of up to $2,000 per child under age 17. The expansion imposed as part of the American Rescue Plan offers families $3,600 for children under 6 and $3,000 for older children, with a crucial change being the removal of an income threshold for those to receive funds — so a family with no income would still receive the full $3,600 or $3,000 payments.

By removing the income threshold, Biden made many more poor families eligible for the benefits. The Center on Budget and Policy Priorities predicted that the expansion will move an additional 4.1 million children above the poverty line and cut the number of impoverished children by more than 40%.

Some critics of the expanded child tax credit claim that the lack of the requirement of earnings and the switch to monthly direct payments could amount to welfare without work requirements.

The Tax Foundation, a nonpartisan think tank that generally prefers lower taxes, predicted that expanded child tax credit would cost nearly $1.6 trillion over the next decade if it is extended beyond this year.

Some Democrats in the House and Senate are now saying they don’t want to see that child tax credit provision end in 2025 as the White House is reportedly planning, but rather, they want it to become a permanent fixture.

Sens. Sherrod Brown of Ohio, Cory Booker of New Jersey, and Michael Bennet of Colorado joined with Reps. Rosa DeLauro of Connecticut, Suzan DelBene of Washington, and Ritchie Torres of New York in expressing their opposition to sunsetting the child tax credit. In a statement released on Tuesday, they said a “permanent extension” of the child tax credit will continue to be their “priority.”

“Expansion of the Child Tax Credit is the most significant policy to come out of Washington in generations, and Congress has an historic opportunity to provide a lifeline to the middle class and to cut child poverty in half on a permanent basis,” the lawmakers said. “No recovery will be complete unless our tax code provides a sustained pathway to economic prosperity for working families and children.”

An administration official would not confirm to the Washington Examiner whether a 2025 sunset provision is written into the American Families Plan, although the official did point out that details about the package are still being ironed out.

While the White House is hoping the infrastructure spending plan will be offset by changes to corporate tax structure, including a hike of the corporate tax rate from 21% to 28%, the yet-to-be-announced spending package focused on child care and families is likely set to be mostly or fully funded by tax increases on the wealthy. The administration is considering hiking the top income tax rate to 39.6% and taxing capital gains as ordinary income, according to CNBC.

The administration may feel some pushback if it decides to go with the 2025 expiration, although this isn’t the first time in recent weeks that there has been friction between the White House’s spending plans and members of Biden’s party.

Last week, 21 Democrats and nine Republicans formed a so-called SALT caucus to demand the reinstatement of the full deduction for state and local taxes paid, a tax break for the wealthy that is opposed by most Republicans and some Democrats.

A $10,000 cap was placed on the “SALT” deduction by Republicans as part of former President Donald Trump’s 2017 Tax Cuts and Jobs Act. Many of the Democrats in the SALT caucus are vowing not to vote for Biden’s plan to raise the corporate tax rate unless the cap is removed.

The SALT issue could potentially cause major problems for House Speaker Nancy Pelosi, given that Democrats are only working with a slim eight-member majority in the House and can’t spare many votes.

It is unclear just how forceful this group of Democrats will be with the White House on the child tax credit issue, although it is likely to become a bigger matter if the administration’s plan does end up including a 2025 expiration date.

The American Families Plan is expected to be unveiled before Biden addresses a joint session of Congress next Wednesday.