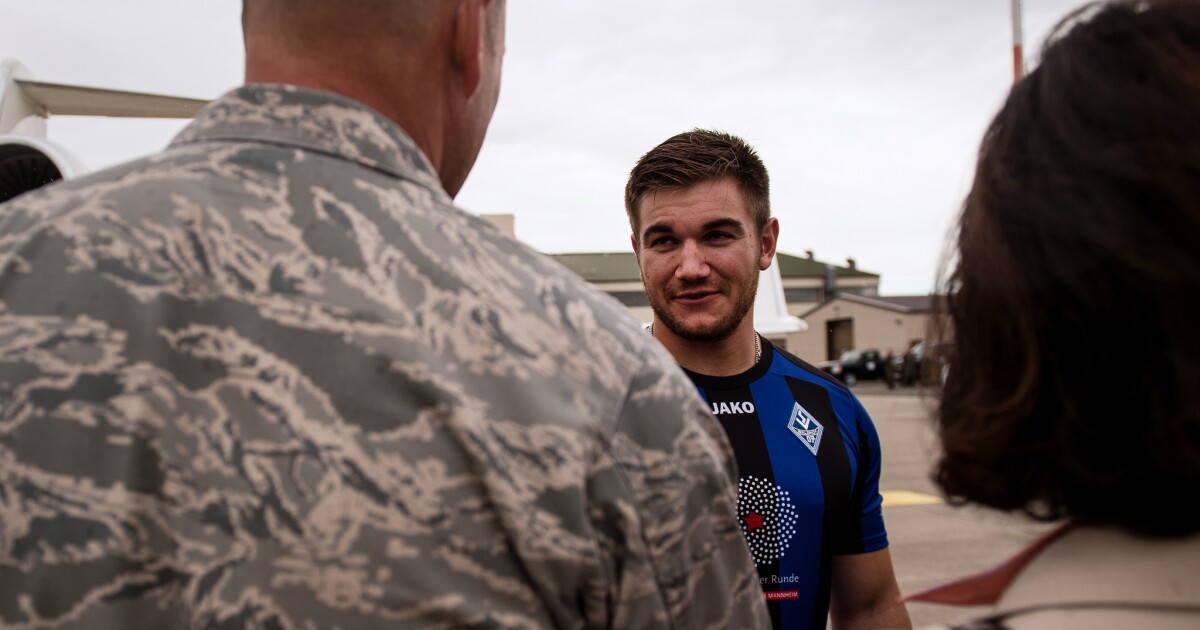 An Army National Guard veteran from Oregon who rose to fame after stopping a terrorist attack on a train in Paris is seeking congressional office.

“I am running for Congress in 2022 against congressman Peter DeFazio,” Alek Skarlatos said on Fox & Friends Weekend.

The congressional race will be the second time Skarlatos, 28, will seek to unseat DeFazio, who has represented the 4th Congressional District of Oregon since before the veteran was born, as the two previously ran against each other in 2020.

The initial race was close, with DeFazio winning 52% of the vote to Skarlatos’s 46%, but Skarlatos sees the recent redrawing of the district as advantageous for Republicans.

“We're incredibly excited. Oregon is one of the six states that is gaining a congressional district, and even though Oregon is a deep blue state, that is going to make it almost impossible for them to keep Peter DeFazio in office once the lines move,” Skarlatos said.

“We don't know the math quite yet, but pretty much any direction my district will move will go more Republican,” he added.

“We're going to be excited to take back the House in 2022,” the veteran concluded.

DeFazio responded to the announcement in a post on social media, calling Skarlatos his “Trumpian opponent” and a “professional union buster.”

“My Trumpian opponent from 2020, Alek Skarlatos, just filed to run against me this cycle,” the congressman wrote. “I'm at the top of the NRCC’s 2022 target list and last election they dumped millions in the race to try to defeat me. They made it the most expensive congressional race in Oregon history.”

Skarlatos, an Army National Guard veteran who served in Afghanistan, was heralded as a hero after he and two of his friends, Anthony Sadler and Spencer Stone, confronted an armed terrorist on a Paris train in 2015.