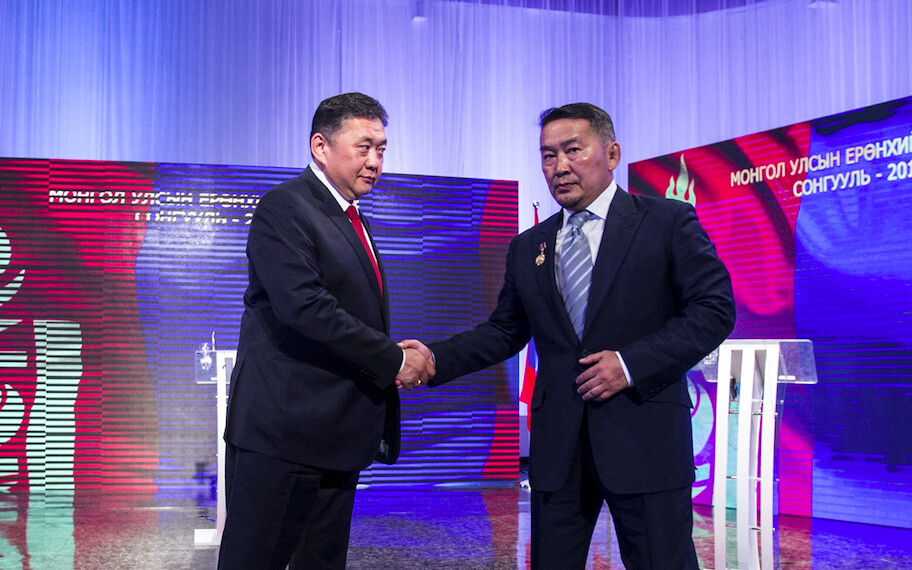 U.S. senators have expressed concern about the current political situation in Mongolia, writing to Secretary of State Anthony Blinken last week, urging the State Department to make its voice heard.

Sen. Marco Rubio (R-Fla.), a member of the Senate Foreign Relations Committee, and Sen. Patrick Leahy (D-Vt.), chairman of the Senate Budget Allocation Committee, wrote in the letter: “Recent political developments may portend for the future of democracy in the country. As you know, Mongolia has been a remarkable democratic success story, particularly considering how it is precariously situated between two authoritarian neighbors, the People’s Republic of China and the Russian Federation, the former of which has expressed expansionist designs toward Mongolia in the past and may still harbor them.”

Mongolia’s political system is “semi-presidential,” with a parliament and a publicly-elected president that chairs the National Security Council and acts as commander-in-chief of the armed forces.

Various attempts to control the election have been made by a group of MPP members who led Mongolia under communist rule until the 1990 democratic revolution and are now seeking to regain power and restore one-party rule, according to the Presidential Media Department.

“Recent controversial actions taken by the parliament, the judiciary, and the president—including the hasty passage of an amendment to the Presidential Election Law that barred the incumbent from seeking reelection, the removal of a constitutional court judge seen as likely to challenge the constitutionality of the parliament’s action, and the president’s emergency appeal to the Supreme Court to disband the ruling party—have sparked a political crisis that could undermine the credibility of the presidential election on June 9,” the letter states.

“We are concerned that this chain of events could make Mongolia increasingly vulnerable to the Chinese Communist Party’s (CCP) efforts to undermine Mongolia’s democracy, rule of law, and its judicial system through corruption of and collusion with certain Mongolian leaders.”

In November 2016, following a visit by the Dalai Lama, the CCP punished Mongolia with economic sanctions. Tsend Munkh-Orgil, then-foreign minister and a member of MPP, publicly supported Beijing’s demand that capital Ulaanbaatar prohibit the Dalai Lama from ever visiting the country again, an unprecedented move given Tibetan Buddhism is Mongolia’s dominant religion.

The MPP general secretary reportedly made similar comments on the MPP’s centennial anniversary in March 2021, and several formal exchanges between the CCP and MPP have taken place in recent years involving the general secretary and other senior MPP officials, according to the letter.

Because of its unique geopolitical positioning, Mongolia’s relationship with America is not insignificant and provides opportunities for both countries.

The State Department’s Congressional Budget Justification for Foreign Operations (pdf) asserts that the “the main purpose of U.S. assistance to Mongolia is to ensure that the United States remains an advantageous partner over its geographical neighbors, Russia and China, and to give Mongolia greater latitude in defining its independent foreign and security policy.”

The senators concluded: “In light of these developments, we respectfully urge the State Department to engage in dialogue with all political parties involved with the aim of deescalating the growing tensions between them, ensuring that no one is arbitrarily denied the standing to run for election and each political party has the right to nominate the candidate of their choice to appear on the presidential ballot, and encouraging the maintenance of an impartial judiciary.”

“Democracy promotion must remain a core element of our foreign policy, particularly as authoritarian forces such as the CCP are working tirelessly to erode these values around the world” they added.