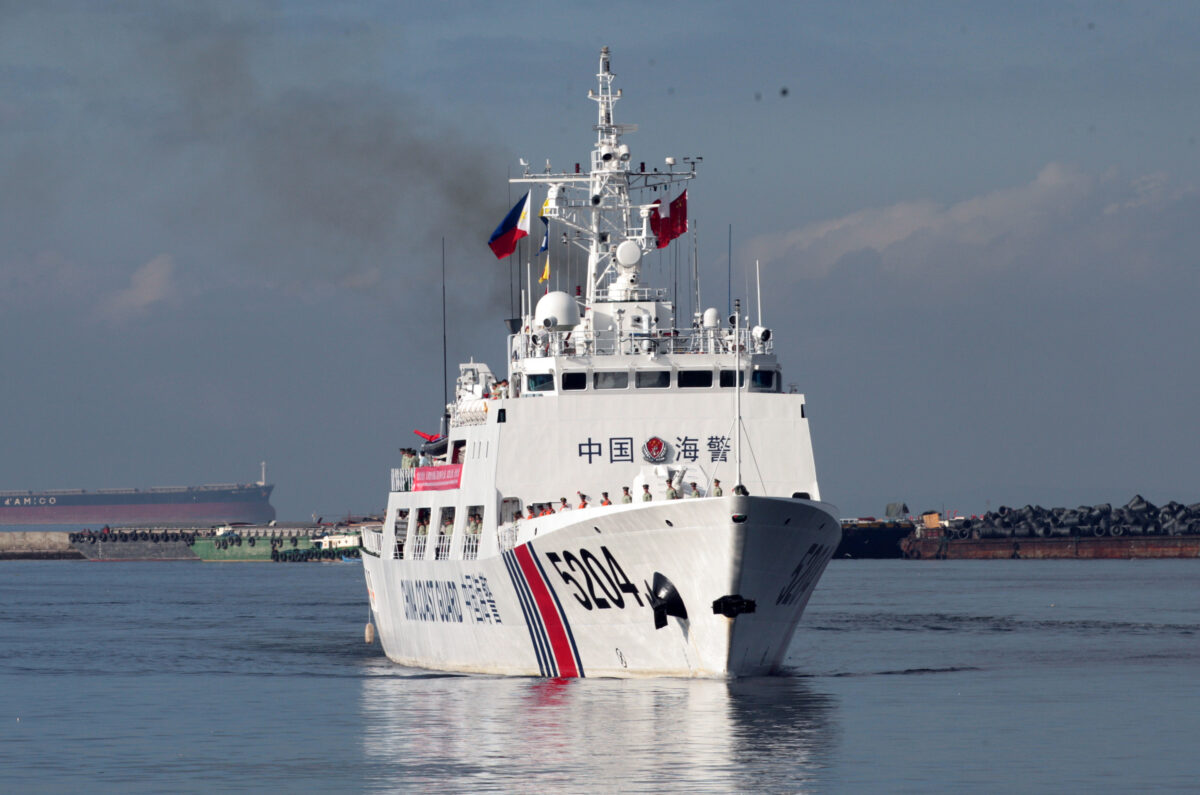 The United States on Sunday called on the Chinese Communist Party (CCP) to abide by international law in the South China Sea on the fifth anniversary of a landmark ruling by an arbitration tribunal repudiating China’s vast territorial claims in the region.

“Nowhere is the rules-based maritime order under greater threat than in the South China Sea. The People’s Republic of China (PRC) continues to coerce and intimidate Southeast Asian coastal states, threatening freedom of navigation in this critical global throughway,” U.S. Secretary of State Antony Blinken said in a statement on Monday.

“We call on the PRC (People’s Republic of China) to abide by its obligations under international law, cease its provocative behavior, and take steps to reassure the international community that it is committed to the rules-based maritime order that respects the rights of all countries, big and small,” he added.

Five years ago today, the Philippines scored an important victory for the rule of the law in the South China Sea. The United States stands by its allies and partners in defending their maritime rights and standing up for freedom of the seas.

China—which lays claim to most of the waters within a so-called Nine Dash Line, contested by Brunei, Malaysia, the Philippines, Taiwan, and Vietnam—reiterated on Friday that Beijing did not accept the 2016 ruling by the international tribunal at The Hague.

Philippine Foreign Secretary Teodoro Locsin Jr. in a statement on July 12 compared the arbitral tribunal’s ruling to “the North Star that will keep us on course in the present, and that will point us back to the right direction in the future.”

The Philippines “firmly reject[s] attempts to undermine [the ruling], or erase it from law, history and collective memories,” he said, adding that it is “final,” and constituted “a milestone in the corpus of international law.”

Blinken also repeated a warning to China that an attack on the Philippine armed forces in the South China Sea would trigger a 70-year defense accord between the United States and the Philippines.

“We also reaffirm that an armed attack on Philippine armed forces, public vessels, or aircraft in the South China Sea would invoke U.S. mutual defense commitments under Article IV of the 1951 U.S.-Philippines Mutual Defense Treaty,” Blinken said in his statement.

That article of the treaty says in part that “each Party recognizes that an armed attack in the Pacific area on either of the Parties would be dangerous to its own peace and safety and declares that it would act to meet the common dangers in accordance with its constitutional processes.”

Department spokesperson Ned Price urged the CCP to “cease its provocative behavior, and demonstrate respect for the rights of all countries, big and small.”

On the anniversary of the 2016 South China Sea Arbitral Decision, the U.S. again calls on the People’s Republic of China to abide by international law, cease its provocative behavior, and demonstrate respect for the rights of all countries, big and small. https://t.co/1Si83jqDls

The Philippines has made 128 diplomatic protests over China’s activities in contested waters since 2016, and coast guard and bureau of fisheries vessels have conducted “sovereign” patrols in the Philippines’ exclusive economic zone (EEZ), which extends 200 nautical miles from its coast.

On Sunday, Philippines Vice President Leni Robredo said on her weekly radio show that the country must continue to defend its sovereignty amid Chinese incursions into the country’s EEZ.

“There are many effects to us, but the most affected are small fishermen, whose source of livelihood is in our seas,” she said, the Manila Bulletin reported. “Their experience is that they are working within our exclusive economic zone, but they are being thrown out, their catch are taken.”

Meanwhile Global Affairs Canada said in a statement that it is particularly concerned by China’s “escalatory and destabilizing actions” in the region.

“It is imperative that all parties in the region demonstrate restraint and avoid taking action unilaterally, as this would exacerbate tensions and threaten regional stability,” the statement read.

“Freedom of the seas is an enduring interest of all nations and is vital to global peace and prosperity,” Blinken added.