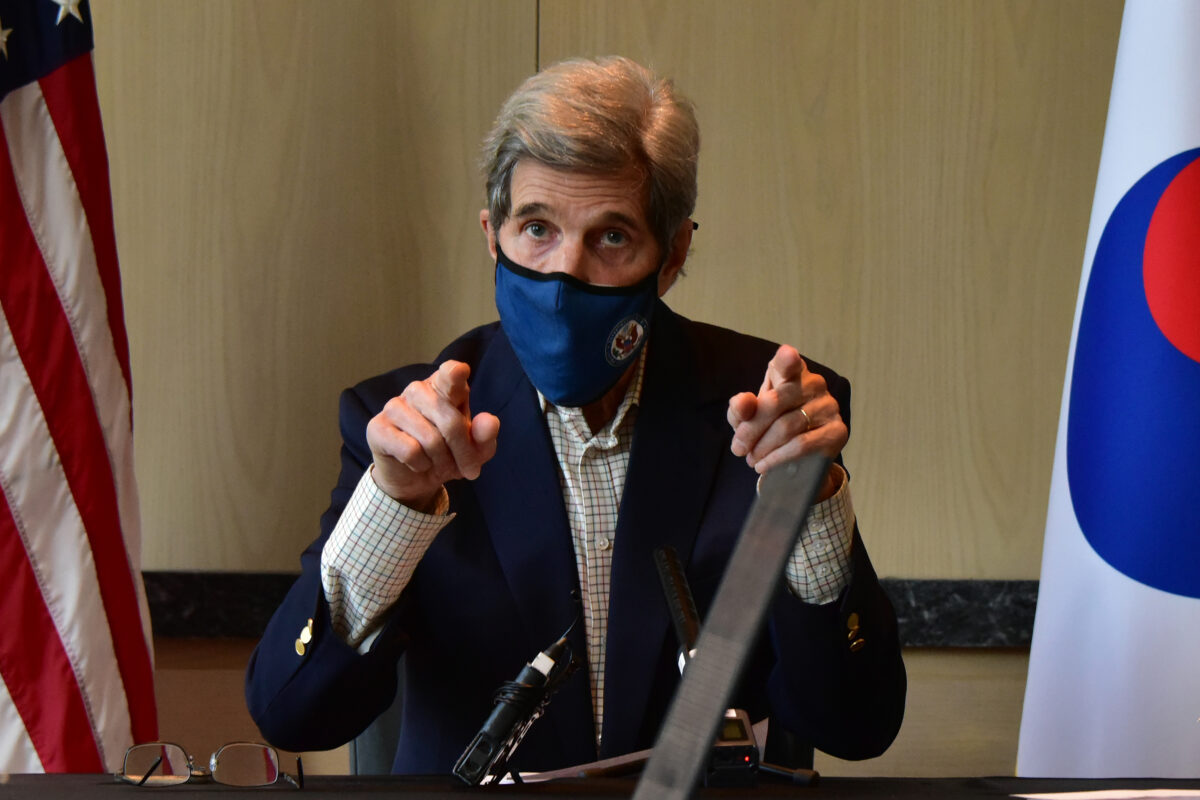 The United States and China, the world’s two biggest carbon emitters, have agreed to cooperate on climate change with seriousness and urgency, according to a joint statement issued on April 17.

“This [the cooperation] includes both enhancing their respective actions and cooperating in multilateral processes, including the United Nations Framework Convention on Climate Change and the Paris Agreement,” said the statement, released by the U.S. State Department. The two countries agreed to continue to discuss “concrete actions in the 2020s to reduce emissions.”

Climate change is among President Joe Biden’s highest priorities. He had the United States rejoin the Paris climate accord in the first hours of his presidency, undoing the U.S. withdrawal ordered by President Donald Trump.

He will host a two-day virtual summit April 22–23 to discuss the issue, and has invited about 40 world leaders, including Chinese leader Xi Jinping, to participate.

To prepare for the summit, Biden sent U.S. special envoy for climate John Kerry to Asia, with the joint statement coming after a two days of meetings between Kerry and his Chinese counterpart, Xie Zhenhua, in Shanghai on April 15 and 16.

However, it’s unclear what actions China will take.

China, the world’s biggest carbon polluter, announced in September 2020 that it would be carbon-neutral by 2060 and aims to reach a peak in its emissions by 2030, meaning it can continue to increase emissions for the next nine years.

Le Yucheng, China’s vice minister of foreign affairs, told the Associated Press that with regard to accelerating China’s carbon reduction targets, “I’m afraid this is not very realistic.”

In the interview, Le made no reference to China being the world’s second largest economy and the Chinese communist regime continued to boast a fast-growing economy, including a 2.3 percent growth rate in 2020 during the COVID-19 pandemic, when the majority of other countries suffered losses.

The U.S. side is aware of China’s reluctance on cutting carbon emission.

“The key is not the piece of paper. The key are the actions that people take in the next months,” Kerry said at his press briefing on April 18 in Seoul, South Korea.

Su Wei, a member of the Chinese negotiation team and deputy secretary-general of the National Development and Reform Commission—the macroeconomic management agency within Chinese central government—praised the joint statement “restarting the dialogue and cooperation between China and the United States on climate change issues,” while talking to state-owned CCTV on April 18.

Su said: “Both countries should act independently, based on its responsibilities and national conditions.”

According to the joint-statement, the United States and China had reached consensus on recognizing the global climate control target “to hold the global average temperature increase to well below 2 degrees C (3.6°F) and to pursue efforts to limit it to 1.5 degrees C (2.7°F).”

By announcing the joint-statement, both the United States and China pledged to work hard to reach their national targets as well as “take appropriate actions to maximize international investment and finance in support of the transition from carbon-intensive fossil fuel based energy to green, low-carbon, and renewable energy in developing countries.”

The next U.N. climate summit is scheduled in Glasgow, U.K., on Nov. 1-12, where the United States and China are expected to discuss their practical plans and targets on climate change.

Associated Press contributed to this report.