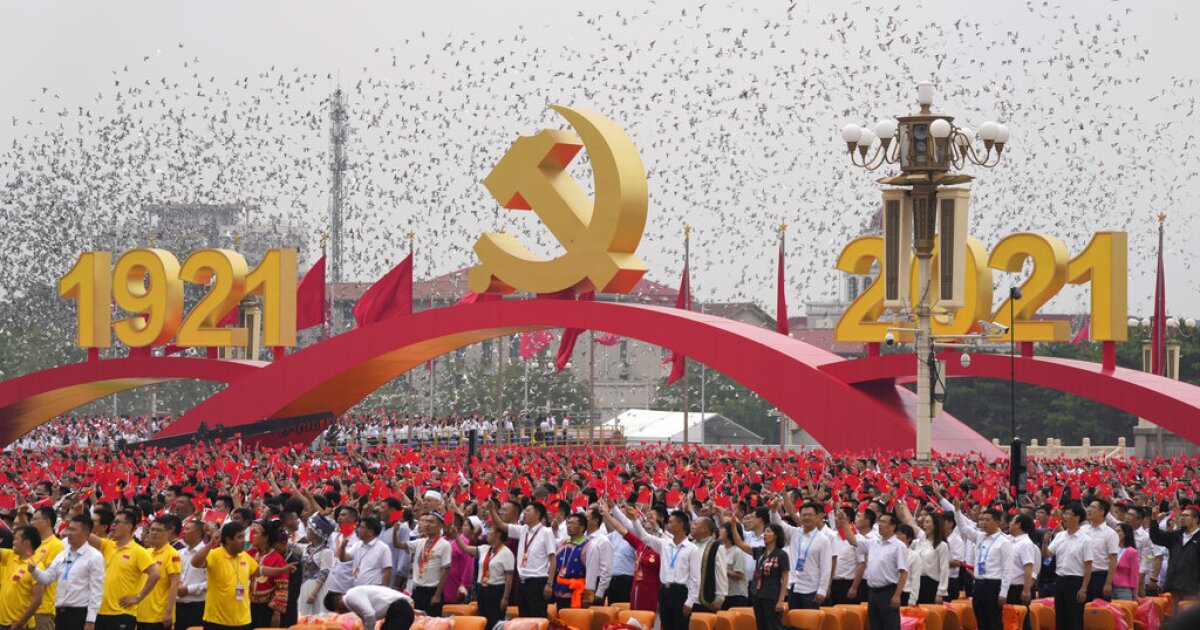 The Biden administration has blacklisted nearly three dozen foreign entities for their involvement in activities contrary to U.S. interests, including nearly two dozen Chinese companies sanctioned either for their enabling of human rights abuses in Xinjiang or for their support for the Chinese military.

The Department of Commerce’s Bureau of Industry and Security announced Friday that it had added 34 groups to the U.S. Entity List “for their involvement in, or risk of becoming involved in, activities contrary to the foreign policy and national security interests of the United States.” Fourteen of the entities are based in China and “have enabled Beijing’s campaign of repression, mass detention, and high-technology surveillance against Uyghurs, Kazakhs, and members of other Muslim minority groups in the Xinjiang Uyghur Autonomous Regions of China, where the PRC continues to commit genocide and crimes against humanity,” the Commerce Department said. Another five Chinese companies were added for “directly supporting” China's “military modernization programs” related to lasers and to command, control, communications, computers intelligence, surveillance, and reconnaissance programs.

“The Department of Commerce remains firmly committed to taking strong, decisive action to target entities that are enabling human rights abuses in Xinjiang or that use U.S. technology to fuel China’s destabilizing military modernization efforts,” Commerce Secretary Gina Raimondo said Friday. “We will continue to aggressively use export controls to hold governments, companies, and individuals accountable for attempting to access U.S.-origin items for subversive activities in countries like China, Iran, and Russia that threaten U.S. national security interests and are inconsistent with our values.”

The Commerce Department also blacklisted eight entities for illegally “facilitating the export of U.S. items to Iran.” The blacklist now includes another six entities “for their involvement in the procurement of U.S.-origin electronic components, likely in furtherance of Russian military programs” while one more was added to the Military End-User List “under the destination of Russia.”

The new additions come on the heels of a State Department report last week that placed China on a small list of countries whose governments engage in a “policy or pattern” of human trafficking. The report said that, over the past four years, the Chinese government “has carried out a mass detention and political indoctrination campaign” against the Uyghur Muslims and other ethnic and religious minority groups in Xinjiang, stating that “in Xinjiang, the government is the trafficker.”

Secretary of State Antony Blinken condemned the Chinese Communist Party abuses last week, saying, “The Chinese Government has detained more than 1 million people in as many as 1,200 state-run internment camps throughout Xinjiang.”

Last summer, the Defense Department released for the first time a list of companies operating in the U.S. that the Pentagon believes are tied to the People’s Liberation Army. Then-President Donald Trump issued an executive order in November related to the Pentagon’s list, stating that the companies “directly support the PRC’s military, intelligence, and security apparatuses and aid in their development and modernization.”

A post on the Federal Register noted that the End-User Review Committee detailed the U.S. actions against China, detailing which companies were blacklisted for enabling Chinese government abuses in Xinjiang.

The committee also blacklisted Hangzhou Hualan Microelectronics, Kyland Technology, Armyfly, and Kindroid for “acquiring and … attempting to acquire U.S.-origin items in support of military modernization for the People’s Liberation Army” and Wuhan Raycus Fiber Laser Technologies because it has “potentially been involved in the procurement of U.S.-origin items for unauthorized military end-use.” Beijing Hileed Solutions, Beijing E-Science, Info Rank Technologies, and Wingel Zhang were blacklisted for “exporting and attempting to export items subject to the Export Administration Regulations to an entity on the U.S. Department of the Treasury’s Office of Foreign Asset Control Specially-Designated Nationals List without the necessary licenses.”

“The so-called ‘entity list’ of the US is in essence a tool for suppressing specific companies and industries in China under the pretext of human rights, and means the US uses to destabilize Xinjiang and contain China,” Wang claimed. “China firmly opposes this. China will take all necessary measures to resolutely safeguard the legitimate rights and interests of Chinese companies and foil US attempts to interfere in China's internal affairs.”