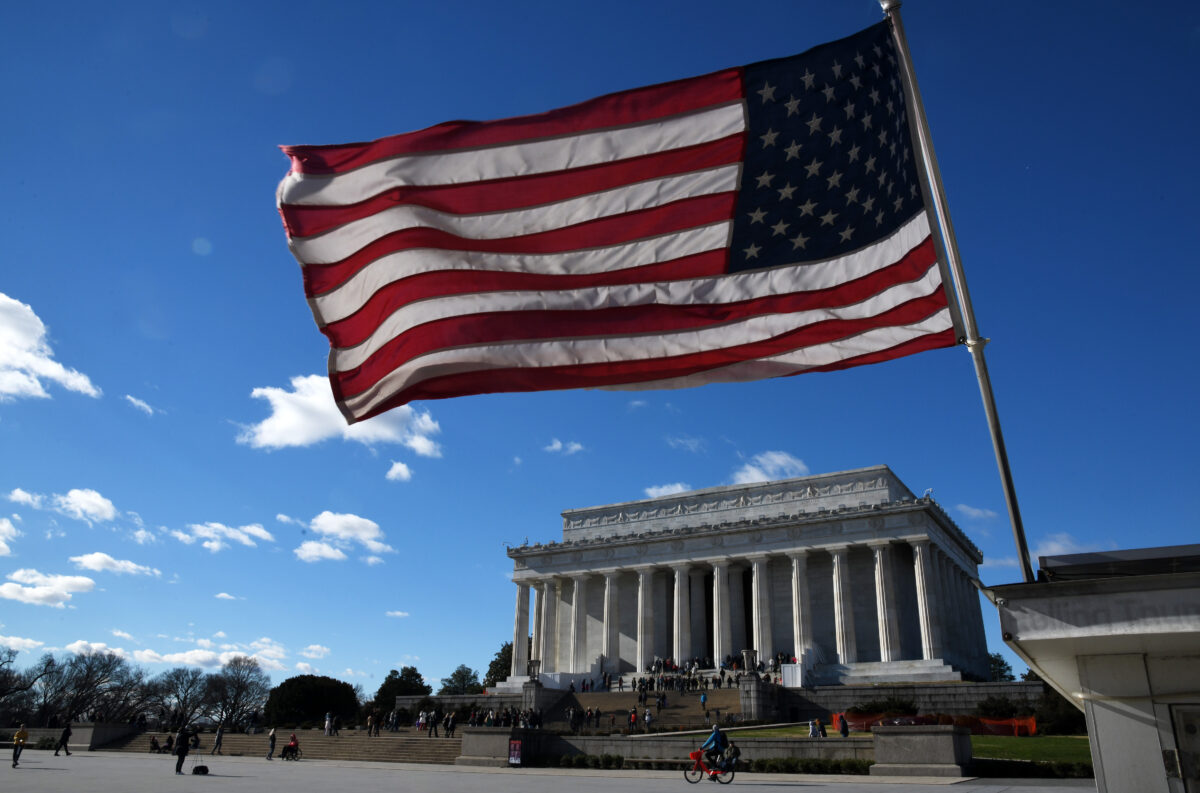 Members of the 1776 Commission, which President Joe Biden disbanded on his first day in White House, are reportedly set to meet again with a renewed focus on combating the teaching of U.S. history based on the Marxist critical race theory.

The advisory commission was established by the Trump administration in November 2020 to celebrate and promote the principles enshrined in the nation’s founding documents. It is commonly seen as a response to The New York Times’ controversial 1619 Project, which argues that the United States was founded as, and remains today, a racist nation.

Nearly four months after its dissolution, the commission regained attention when a leading member spoke against a Biden administration’s proposal to prioritize funding education programs that promote the 1619 Project and critical race theory, an ideology rooted in Marxist class struggle but with an emphasis on race, with the goal of dismantling all institutions of American society, which it deems as tools of racial oppression.

“The Proposed Rule should be withdrawn, just as individual states, which actually have the authority over the nation’s K-12 educational system, should oppose race-based pedagogy as part of their curricula and even if attempted to be imposed by the federal government,” Matthew Spalding, the executive director of the 1776 Commission, wrote in a letter to the Education Department.

“On behalf of my fellow Commissioners, I submit and draw your attention to Appendix III of The 1776 Report,” Spalding added. The appendix explains why race-focused narratives like the 1619 Project and critical race theory are “fundamentally incompatible” with the principles of the Declaration of Independence, which connects liberty-loving Americans everywhere regardless of their race.

“Proponents of identity politics rearrange Americans by group identities, rank them by how much oppression they have experienced at the hands of the majority culture, and then sow division among them,” the document reads. “While not as barbaric or dehumanizing, this new creed creates new hierarchies as unjust as the old hierarchies of the antebellum South, making a mockery of equality with an ever-changing scale of special privileges on the basis of racial and sexual identities.”

In an interview with Washington Examiner, Spalding said that members of the 1776 Commission will convene next week in Washington on the campus of Hillsdale College. One of their topics will be critical race theory, which sees racism in all aspects of American life.

“When we start going about dividing people by groups, by social identities, and especially by identities that deal with race, and we’re starting to make those kinds of divisions, all Americans should get very nervous,” said Spalding. “It’s a departure away from the historic grounding of civil rights in America, which is that we all are equal.”

The commission’s first and last report, commonly referred to as the 1776 Report, was taken down after Biden’s inauguration. It can still be found on the publicly archived Trump White House and Hillsdale College websites.