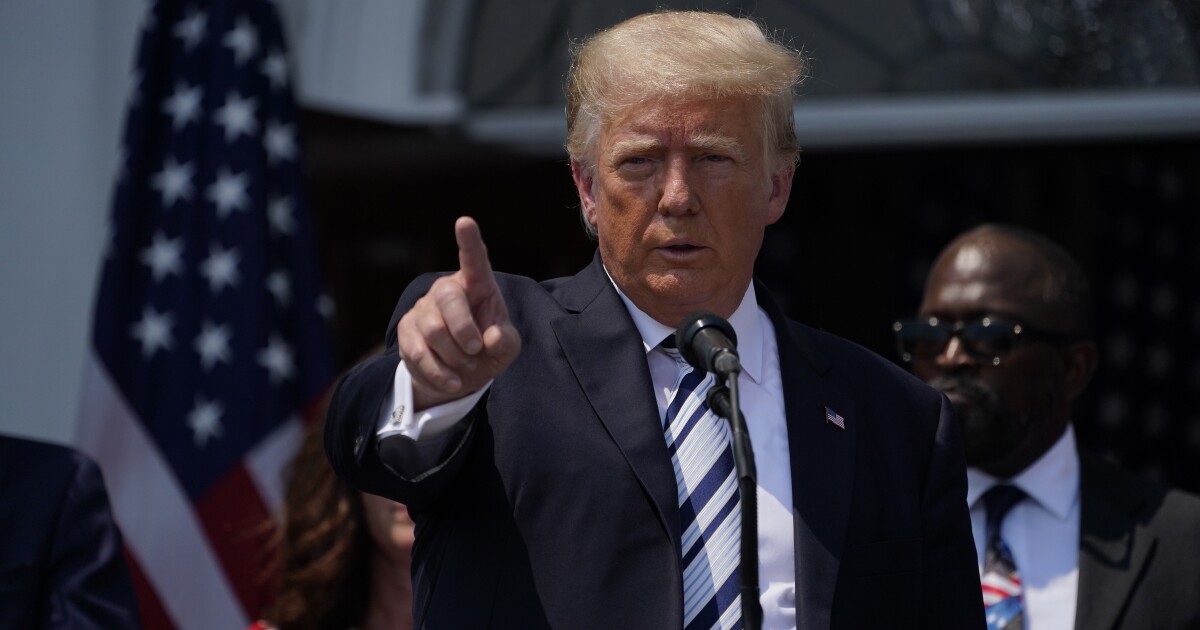 Former President Donald Trump called Democratic Virginia gubernatorial candidate Terry McAuliffe a “political HACK” as he railed against the commonwealth for critical race theory pushes in some of its public schools.

McAuliffe, who won the Democratic primary in June, will face Republican Glenn Youngkin in a November race. Conservatives criticize McAuliffe for comments pertaining to firearm ownership and critical race theory.

“Wow, the numbers are really looking good for Glenn Youngkin in his race against Terry McAuliffe for Governor of Virginia,” Trump said in an email statement. “Glenn has been an incredible success and will truly Make Virginia Great Again. Rarely have I seen such enthusiasm.”

“Terry McAuliffe was a failed and unpopular Governor, whose only claim to fame was his relationship with Crooked Hillary Clinton — how did that work out? I knew McAuliffe well,” the former president added. “He accepted large campaign contributions from me, said only great things and would do whatever I wanted, until I ran for office. He was a political HACK!”

McAuliffe referred to critical race theory pushes in Virginia as a “right-wing conspiracy.” His remarks came despite two high-profile school board fights in Loudoun County and Albemarle County over anti-racism curricula.

“That's another right-wing conspiracy,” the gubernatorial hopeful said at the time. “This is totally made up by Donald Trump and Glenn Youngkin. This is who they are. It's a conspiracy theory.”

Trump criticized the commonwealth likely in reference to the district battles between parents and executives.

“Virginia has so much potential but has been badly hurt by awful economic policy, terrible crime, and the worst education system promoting Critical Race Theory, etc.,” he said. “But, Glenn will fix this immediately. He is a highly respected person, not just a figurehead like Virginia’s current and recent past Governors.”

“If Virginia wants to open up and take advantage of its great and virtually unprecedented opportunity, Glenn Youngkin is the very successful businessman that will get them there!” Trump added.

McAuliffe said he would ban so-called assault weapons and high-capacity magazines if elected to the role, according to his campaign website, adding he would tackle “systemic racism” in the state by “investing in Black-owned businesses.”