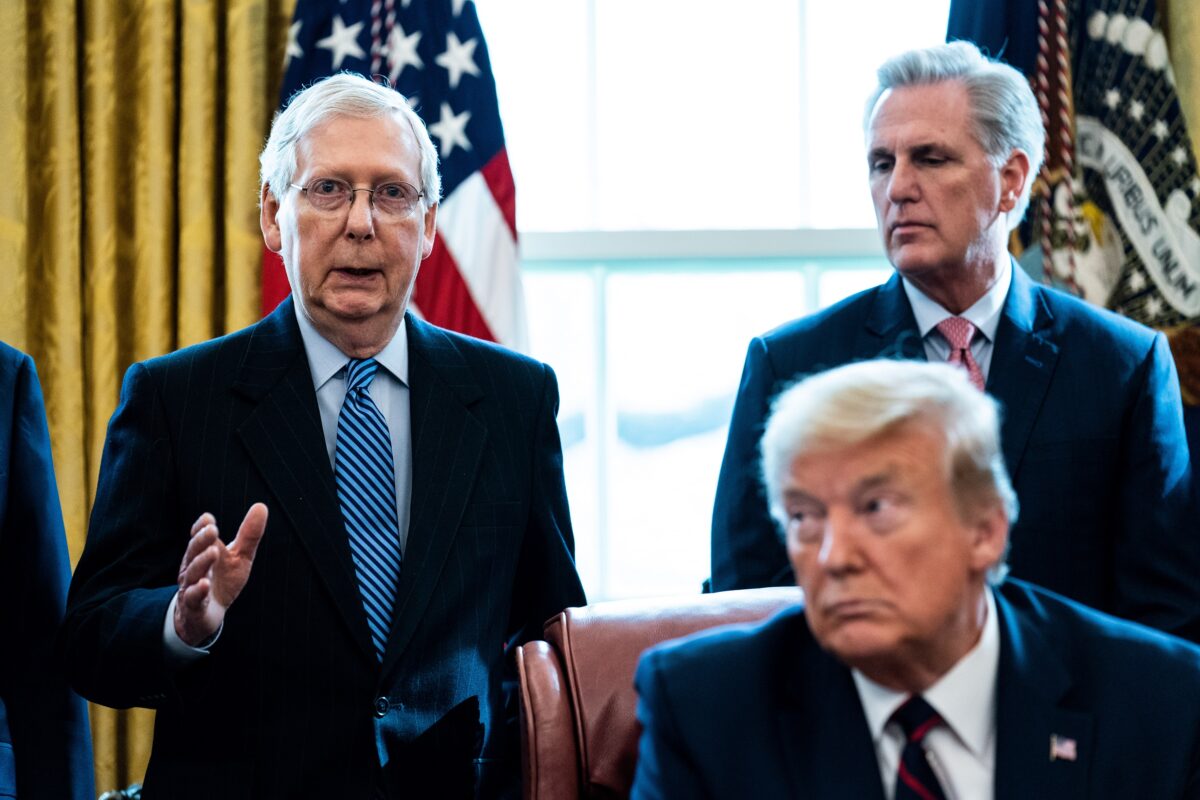 Trump pilloried McConnell several weeks ago in a lengthy statement, saying that the longtime Kentucky senator’s leadership would lead to losses in 2022 and 2024—noting that McConnell did not embrace his calls to provide $2,000 stimulus payments, while top Democrats did. It came after McConnell, in a Wall Street Journal opinion article, said it was Trump’s post-election statements that led to the 2020 loss of the Senate.

The 45th president reportedly strongly criticized McConnell during a speech to donors on Saturday.

Thune was asked about the comment during a Fox News interview on Sunday, to which Thune, the Senate minority whip, replied that such rhetoric was just “part of the style and tone that comes with the former president.” He said that McConnell and Trump have the common goal of defeating Democrats during the midterms.

Trump also took aim at Thune in recent months, threatening to support a Republican primary challenger. Thune, in the Fox interview, did not comment.

“I will announce something on my reelection plans as I typically do later in the year,” Thune said.

The Epoch Times has contacted Trump’s team for comment.

According to a draft copy of Trump’s speech on Saturday, the former commander-in-chief predicted that the Republican Party would win the Legislature next year and a Republican would win in 2024.

“We are gathered tonight to talk about the future of the Republican Party—and what we must do to set our candidates on a course to victory,” Trump said in a copy of his prepared remarks, according to numerous news outlets. “I stand before you this evening filled with confidence that in 2022, we are going to take back the House and we are going to reclaim the Senate—and then in 2024, a Republican candidate is going to win the White House.”

Earlier Saturday, Trump aide and spokesman Jason Miller told Newsmax that the former president would place emphasis on winning back the Senate and House in the midterm elections.

“Obviously I’m biased to who I hope that will be, if President Trump does decide to run again,” Miller told the network. “But I also think you’re going to see President Trump go after Joe Biden again and in very strong terms with regard to the border [and] the woke corporate cancel culture.”

President Joe Biden, meanwhile, said he intends to run for president again in 2024.

“The answer is yes, my plan is to run for reelection,” he said last month during his first news conference. “That’s my expectation.”