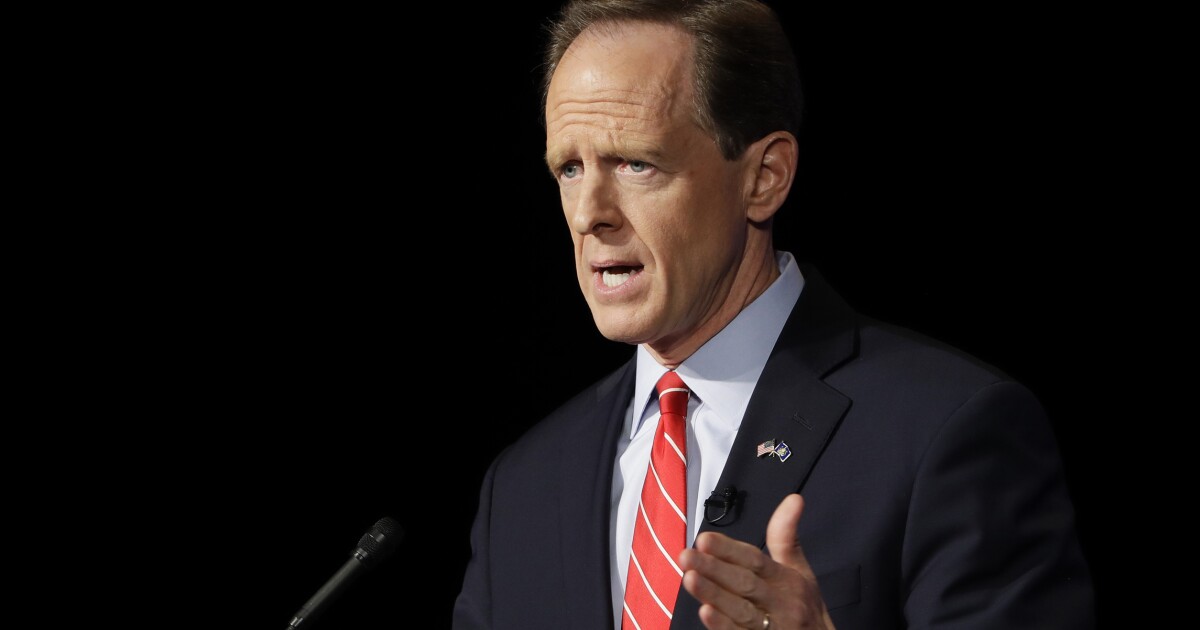 The Pennsylvania Republican, who is the ranking member of the Senate’s powerful Banking Committee, spoke about his desire for a bipartisan infrastructure package on Thursday. Biden’s pitch, which tops $2.3 trillion, would be funded through changes to the corporate tax code, including a hike in the corporate tax rate.

Toomey said he wanted a pared-down plan that would avoid increased taxes during a hearing on Capitol Hill that featured Transportation Secretary Pete Buttigieg and Housing and Urban Development Secretary Marcia Fudge.

“The good news on this front is we have hundreds of billions of unspent COVID-related legislative funds that Congress can repurpose to pay for the infrastructure,” Toomey said.

Toomey cited Congressional Budget Office estimates that more than $700 billion of Biden’s $1.9 trillion American Rescue Plan will be unspent in 2022 and beyond.

“And in fact, the Biden administration has already begun repurposing unneeded excess COVID funds from previous bills,” the senator said. “[Health and Human Services] has diverted $1.7 billion that was originally meant for COVID, and they’re using it instead for unaccompanied minors at the border.”

“What Congress should not do is simply go on a spending binge with more taxpayer dollars on a liberal wish-lists that expand the welfare state,” he added.

Republicans have expressed fierce opposition to Biden’s proposal to offset the Democratic infrastructure package by increasing taxes and altering the 2017 Trump tax cuts. The GOP has also said that the plan exceeds the scope of real infrastructure.

Last month, Republican senators unveiled their own infrastructure framework, a $568 billion pitch that is less than a quarter of the cost of Biden’s plan and has the goal of improving roads and bridges, public transit systems, water infrastructure, airports, and broadband internet support.

“Congress and the Biden administration must reach a bipartisan agreement that will improve the infrastructure in all states and communities while achieving important national goals,” the GOP road map reads. “This framework is meant to serve as a guide as we continue to develop bipartisan bills that will move by regular order.”