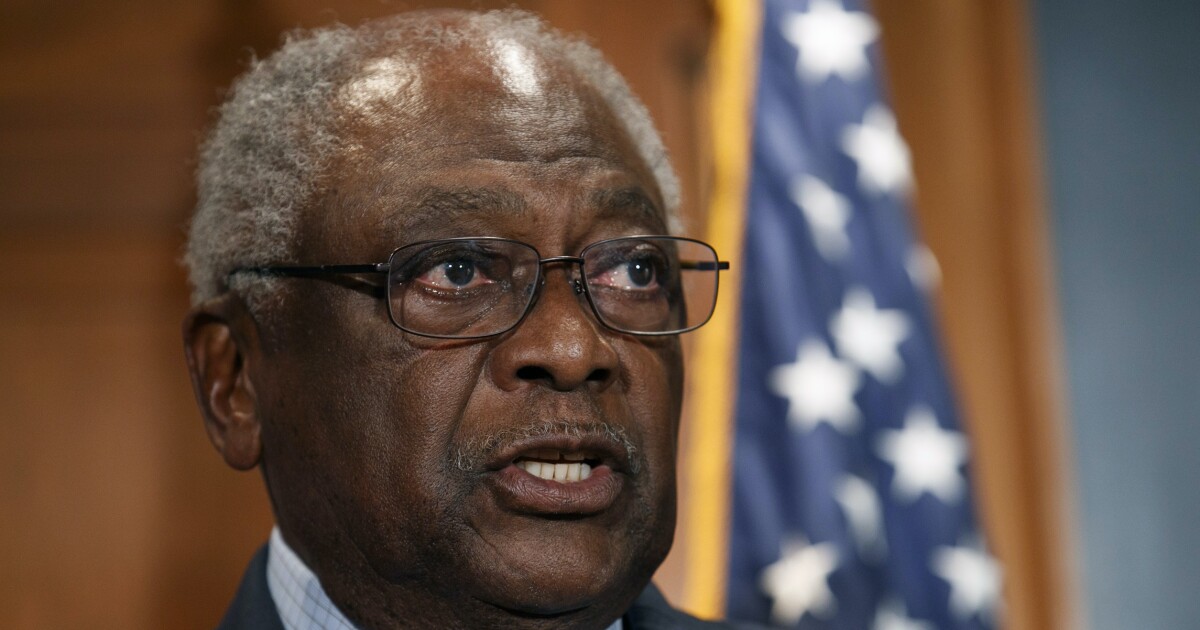 The Democrat in charge of corralling his party’s votes in the House said Democrats attempting to use their votes on President Joe Biden’s tax plan as leverage to remove the SALT cap need to tone it down.

Rep. Jim Clyburn of South Carolina said this week that his party needs to be united as one in order to pass Biden's tax hikes and hinted that Democratic lawmakers should not hold eliminating the cap on deductions for state and local taxes paid, known as SALT, in higher regard than passing the tax package.

Several Democrats have said they won’t vote for Biden’s plan to raise the corporate tax rate unless the cap, set at $10,000 as part of the 2017 tax cuts, is lifted. Changing the corporate tax rate is of crucial importance to the Biden administration because it is how the White House intends to pay for its proposed $2.3 trillion infrastructure package. Clyburn told Bloomberg he needs “every single” vote, and he hopes to “get every single one of them.”

“I would hope that not any one of them will be a single purpose when it comes to doing this,” Clyburn said of the lawmakers during a video interview.

“We need to just tone down a bit,” he said about the matter later in the interview.

The SALT tax deduction is favored by Democrats in high-tax states but does little to help lower-class and middle-class residents and instead favors the wealthy. The Tax Policy Center found that only 3% of middle-income households would pay less in taxes if the cap is removed. Despite that, a bipartisan group calling itself the SALT caucus recently formed with the sole goal of removing the $10,000 cap.

While most Republicans generally oppose removing the deduction, the push has also been panned by some left-wing figures like Democratic Rep. Alexandria Ocasio-Cortez of New York, who said removing the cap would be a “gift to billionaires.”

Clyburn, who serves as majority whip, said that Democrats need to look into the SALT deduction and “exactly how it should go about being applied.” He said that it is crucial to see how changes to the deduction would affect working-class citizens.

“We ought to take a look at the impact of whatever the tax structure is and what it will have on ordinary working people and do the things that are necessary to protect them in their attempts, especially those who are trying to get into the middle class,” the South Carolina lawmaker said.

Clyburn said that removing the SALT cap, which the Joint Committee on Taxation predicts would cost more than $88 billion for 2021, should not come at the expense of other spending priorities in Biden’s infrastructure package intended to help those in the lower class. For example, the plan proposes $100 billion to connect all of the United States to high-speed internet.

“I’m also sympathetic to the fact that these same families don’t have broadband,” Clyburn said. “You can’t get sufficiently educated or adequately educated without broadband.”

The SALT deduction has become such a crucial matter of debate in the Democratic Party because, unlike the strong House majority that Democrats enjoyed last session, the party now only holds a thin, eight-vote majority.

The Biden administration, which did not alter the SALT deduction structure as part of its tax plan, has left it to Congress and House Speaker Nancy Pelosi to figure out how to sort through the problem. White House press secretary Jen Psaki recently pointed out that ending the cap “is not a revenue raiser” and said lawmakers would have to figure out how to pay for it if it’s repealed.