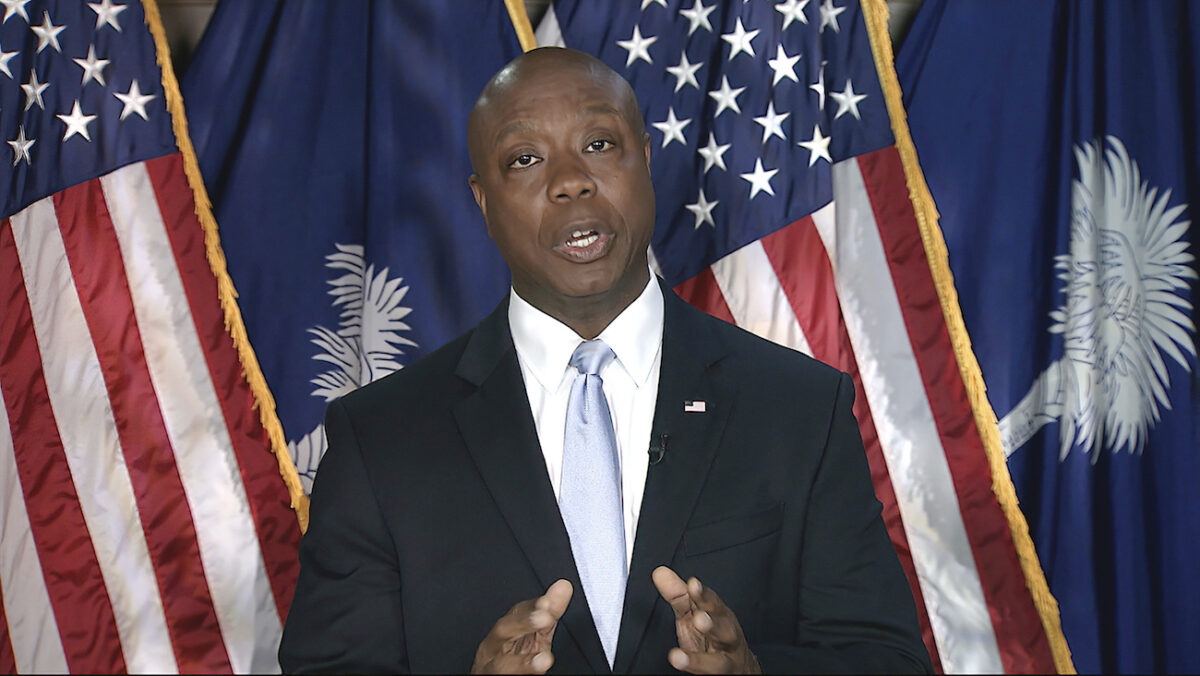 A Democrat state official in Texas offered to resign over a racial slur he used a racial slur to describe Sen. Tim Scott (R-S.C.), one of a handful of black U.S. senators, but Democrats in the state rejected the offer.

Representatives of the Lamar County, Texas Democratic Party met to consider the resignation of Gary O’Connor, the party chair, the party said in a statement emailed to The Epoch Times.

“Our local Democrats have taken the last few days to reflect upon this incident. After much discussion—especially among our local Black Democrats—we chose not to accept Mr. O’Connor’s resignation. Mr. O’Connor has written a public letter of apology to Sen. Tim Scott, and Lamar County Democrats join him in this apology,” the party added.

O’Connor faced pressure to resign after using a slur when responding to Scott’s recent delivery of a rebuttal to President Joe Biden’s address to a joint session of Congress.

Texas Gov. Greg Abbott and Texas Republican Party Chairman Allen West were among the officials to call for O’Conner to step down.

“This is disgusting, hateful, and completely unacceptable,” Abbott wrote in a tweet. “O’Connor must apologize to @SenatorTimScott & step down immediately.”

Earlier Tuesday, O’Connor said in a statement that he offered his resignation to the Lamar County Democratic Party

said Tuesday he is resigning after being pressured to do so because he used a racial slur to describe Sen. Tim Scott (R-S.C.), one of a handful of black U.S. senators.

“I am deeply and sincerely sorry for my inappropriate and hurtful use of [the] racist term I used to describe Sen. Tim Scott on my personal Facebook page. It was insensitive, and I have embarrassed myself and my party by its use,” he said in a statement.

But the offer was ultimately turned down.

“Gary O’Connor has led Lamar County Democrats for seven years and his life of service, collaboration, and activism for racial justice is well known throughout this community. His recent remark is incompatible with his core values,” the county party said in its statement.

“Lamar County Democrats recommit ourselves to conduct our private conversations and our public social media discussions with anti-racist, pro- reconciling attitudes and language. We strongly condemn bigotry of any kind and will continue our historic efforts to work for justice and equality for all our fellow citizens.”

Scott told Americans in his address that he believes America is not a racist country. He also said he is regularly attacked by people on the left.

“I get called ‘Uncle Tom’ and the N-word—by ‘progressives’! By liberals! Just last week, a national newspaper suggested my family’s poverty was actually privilege[d] because a relative owned land generations before my time. Believe me, I know our healing is not finished,” he said, adding later that “when America comes together, we’ve made tremendous progress.”