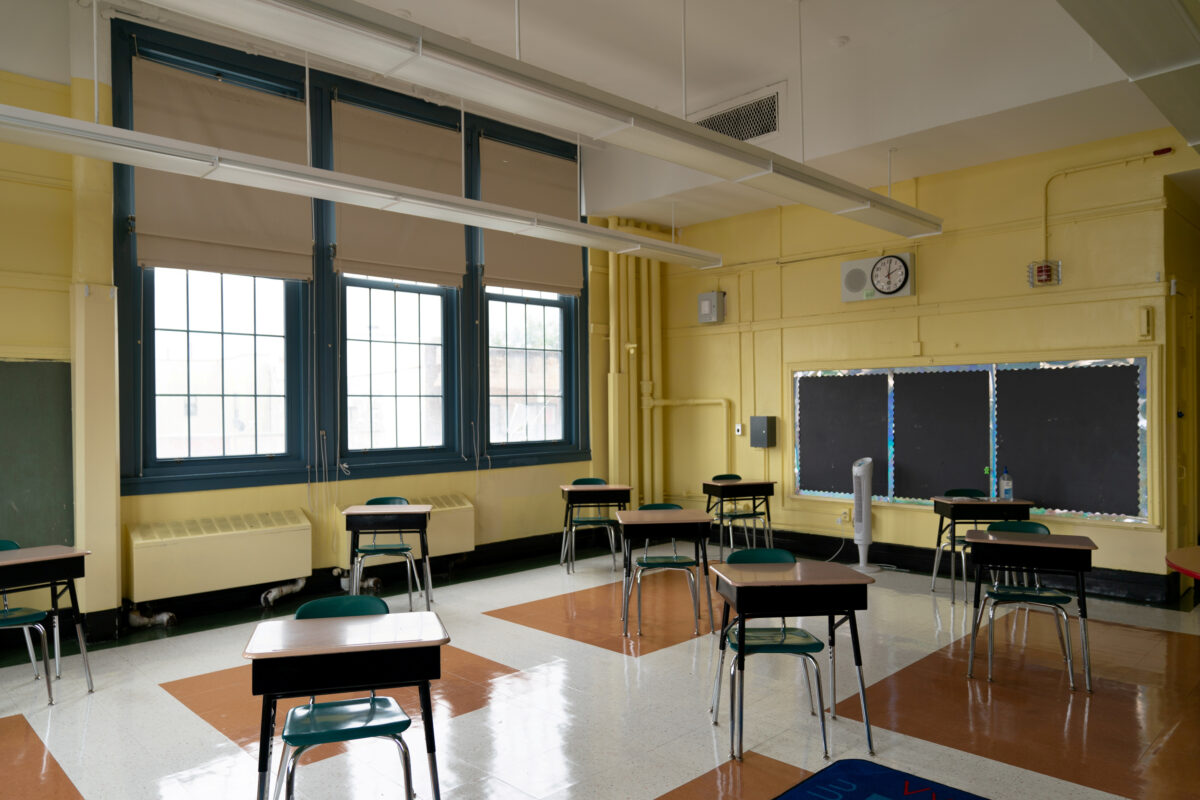 A Tennessee state House committee voted on Monday to advance a measure that seeks to ban instruction of certain concepts of race and racism in the classroom.

Lawmakers in the state’s Republican majority House Education Committee approved 12-3 along party lines an amendment that would withhold funding from public schools that teach critical race theory. The doctrine redefines America’s history by claiming that the nation was built through the struggle between “oppressors” (white people) and the “oppressed” (everybody else), similarly to Marxism’s reduction of human history to a struggle between the “bourgeoisie” and the “proletariat.”

Critical race theory has been heavily promulgated throughout academia, entertainment, government, schools, and corporations in recent years and rose to new prominence following activism triggered by the police-involved death of George Floyd.

The proposed amendment (pdf), which now heads to the full floor of the House, would prevent teachers to use supplemental materials that include or promote concepts such as one race or sex being inherently superior to another race or sex; an individual, by virtue of the individual’s race or sex, being inherently privileged, racist, sexist, or oppressive, whether consciously or subconsciously; or individuals being discriminated against or receiving adverse treatment because of their race or sex.

The amendment, however, does not prohibit schools from teaching the history of an ethnic group, having an impartial discussion of controversial aspects of history; or impartially teaching about the historical oppression of a particular group of people based on race, ethnicity, class, nationality, religion, or geographic region.

The committee chair Mark White (R) told Fox 17 that the amendment seeks to remove identity politics and the temptation to pin blame on certain groups of people when having sensitive conversations about race.

“This has gone nationwide with the teachings, the CRT, critical race, and it’s just wanting to play the blame game again. We know our faults, but we can only pull out of it by admitting those things and working together and not continuing the conversation,” he added.

Meanwhile, Rep. John Ragan (R), who introduced the measure, characterized his effort as a way to “stand against hucksters, charlatans, and useful idiots peddling identity politics.”

“Today, subversive factions are seeking to undermine our unique form of government of the people, by the people, and for the people,” Ragan said.

“These seditious charlatans would, if they could, destroy our heritage of ordered, individual liberty under the rule of law, before our very eyes. Disingenuously, these conniving hucksters masquerade as noble champions of the oppressed. Regrettably, they have successfully hoodwinked a number of our fellow citizens into becoming what Lenin called useful idiots.

“These useful idiots have unwittingly succumbed to the idea that there are only three classes of people. These classes are victims, oppressors, and self-appointed guardians of equity who would beneficently help victims defeat oppressors.”

One of the three Democrats who opposed the amendment, Rep. Antonio Parkinson (D) expressed concern that the amendment would prevent the instruction of historical events and incidents that had negatively impacted the African American community.

“What we have been teaching our children is a lie,” Parkinson, who is also Black, told the committee floor. “Under this amendment, the real truth about George Floyd is not going to be taught, and that’s a historical event.”

Other states are considering or have passed similar measures that prevent the instruction of critical race theory in the classroom, such as the Oklahoma state legislature, which voted to pass a similar bill last week.