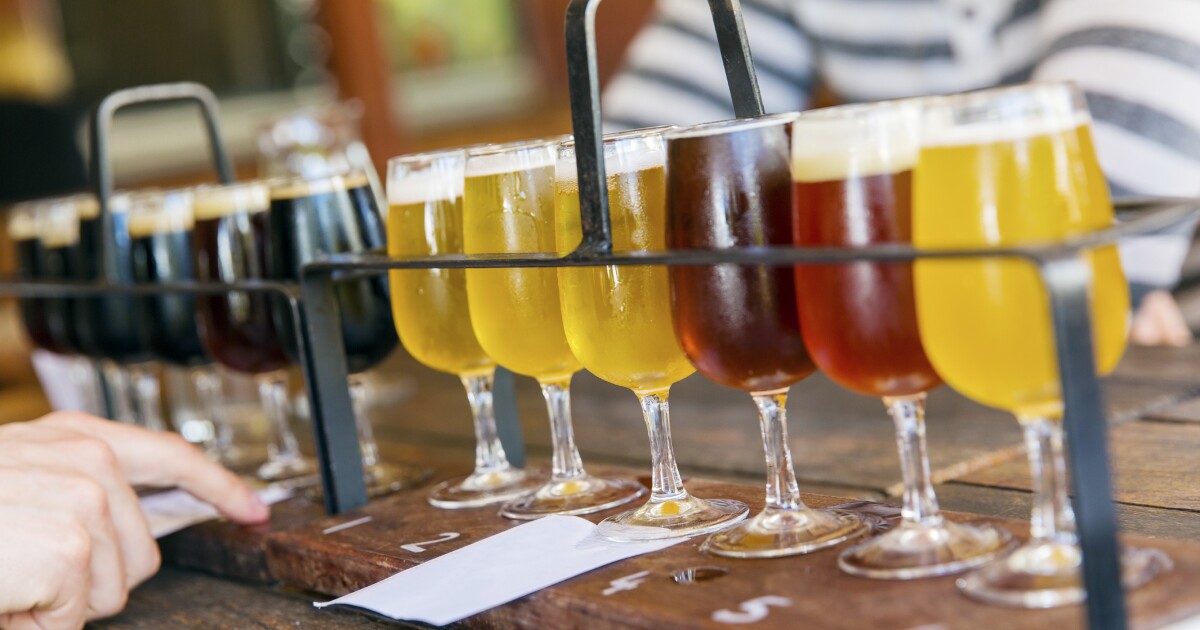 Johnson City Brewing Company co-owner Eric Latham got into the business' 1993 Econoline van Saturday after his shift and delivered two kegs of beer to area restaurants.

It isn’t a lot, but for a small business with seven employees such as Latham’s, every keg or four-pack matters.

Latham has been fighting over the past four years for the ability to expand his distribution network, and his effort took another step forward Tuesday, when the Tennessee House Finance, Ways and Means Committee unanimously advanced House Bill 189.

The Senate approved its companion measure earlier this month. It allows brewers to self-distribute up to 1,800 barrels of beer throughout the state. They currently are restricted to distributing on their own within only their home county, something Latham and others in smaller Tennessee counties find to be a large disadvantage.

Discussions on the bill began four years ago between Latham and Senate sponsor Jon Lundberg, R-Bristol. For much of the past three years, as Latham and similar small brewers hoped to get some level of relief to self-distribute over a 100-mile radius, bills repeatedly failed.

“It’s been a long journey,” Latham said. “It’s challenging, wears you out a bit and you have to ride the rollercoaster of dreams dashed.”

Latham's trying to temper his excitement that the bill finally will pass and he will be allowed to expand organically.

With an agreement between the Tennessee Malt Beverage Association, a coalition of the state’s beer distributors, and the Tennessee Craft Brewers Guild, the outlook for the bill passing seems much more positive. The Senate approved it unanimously.

“The reason this saves breweries across Tennessee is that it allows us to continue to grow our business at our own pace,” Latham said, “ … working as hard as you would like to.”

Small brewers such as Latham never have been approached by wholesalers to make a deal. So they have felt handcuffed on expanding because of the county self-distribution restriction.

Over the past year, with COVID-19 restrictions, Latham said his team started canning beer in four packs for the first time. That likely could remain part of his business since he can sell those four packs directly to customers or to other craft beer stores, restaurants or tap rooms.

The legislation also would open that market for small brewers.

“That’s freedom in business right there,” Latham said. “On top of that, down the road if you grow big enough and you really need some help, then you can start putting arrangements in with the distributor.”

When Latham was 23 years old, he walked 3,591 miles from Nags Head, North Carolina, to San Francisco to increase cancer awareness and raise money for research. He ultimately wrote a book, “Take Steps with a Purpose,” about it.

Latham said that was a battle with his body, and the fight to get this legislation through was a similar battle for his brain, one that involved more late-night phone calls in grocery store parking lots than he can count. All to be able to load a few more kegs and put a few more miles on that old D.C. Metro Police van, which he purchased at auction.

“Life is short,” Latham said. “We’re taking a shot here to help people. And that’s why this is important. It’s meaningful and makes us enjoy what we are doing.”

HB 189 now will move to the House’s Calendar and Rules Committee before possibly advancing to the full House for a vote.