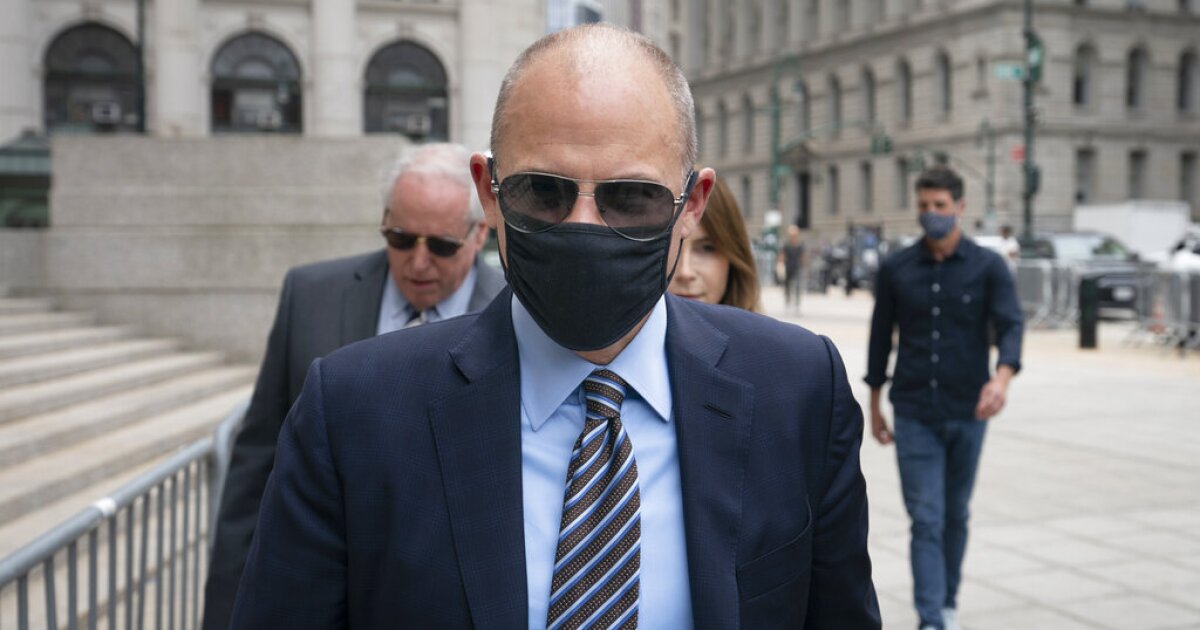 Michael Avenatti was sentenced to two and a half years in prison Thursday after being found guilty of an extortion scheme against Nike, just one of the criminal cases against Stormy Daniels‘s former lawyer and the onetime left-wing media darling.

The Justice Department’s indictment against Avenatti charged him with extortion and wire fraud, saying he tried to extort at least $22.5 million from the sporting apparel company. His three-week trial began in late January 2020, and he was found guilty the next month.

Judge Paul Gardephe of the Southern District of New York, the presiding judge during Avenatti’s 2020 trial, sentenced him to an aggregate sentence of 30 months behind bars and three years of supervised release. The judge said in the New York City courtroom on Thursday, “Mr. Avenatti’s conduct was outrageous. He hijacked his client’s claims, and he used those claims to further his own agenda — which was to extort millions of dollars from Nike to enrich himself.” The George W. Bush appointee added: “Mr. Avenatti had become drunk on the power of his platform, or what he perceived the power of his platform to be. He had become someone who operated as if the laws and rules that apply to everyone else didn’t apply to him.”

Avenatti gave a speech while crying in the courtroom just before his sentencing.

“When I was a child I dreamed about becoming a lawyer … Fighting for the little guy against the Goliaths. For years I did just that, but then I lost my way. I betrayed my own values, my friends, my family, and myself. I betrayed my profession,” Avenatti said between tears. “I’ve learned that all the fame, notoriety, and money in the world is meaningless. TV and Twitter, Your Honor, mean nothing. Everyone wants to ride in the limo with you, but few want to ride with you on the bus.”

Avenatti added: “I am truly sorry for all of the pain that I have caused to Mr. Franklin and others. I am deeply humbled before you today. Despite the deep shame and remorse, I still feel positive because I know I can do better … I am forever grateful for the love and support of my family. They have showed me this love even when I least deserved it.”

Avenatti had burst on the scene with his “Basta” catchphrase in March 2018 through his representation of Daniels, an adult film star who alleged in a lawsuit she had been paid $130,000 in hush money by Michael Cohen, the onetime personal lawyer of former President Donald Trump, in October 2016 ahead of his election victory over Hillary Clinton.

Trump denied an affair with Daniels, and Cohen contended he used his own money to facilitate Daniels's payment. Avenatti soon built a large Twitter following and made dozens of cable news appearances, even teasing a Democratic presidential run against Trump.

Avenatti’s prison stint has unusual origins. Gary Franklin was the head coach of a Los Angeles amateur youth basketball program beginning in 2005, and Nike began to sponsor Franklin’s basketball program in 2007, with it becoming part of Nike’s Elite Youth Basketball League after 2010. Franklin would later testify that Nike employees would pressure him to engage in misconduct, and after the 2018 season, the Nike sponsorship was pulled. Franklin spoke with entertainment industry consultant Jeffrey Auerbach in early 2018 to regain his sponsorship, and in February 2019, Auberbach fatefully reached out to Avenatti on behalf of Franklin.

Avenatti brought in fellow California lawyer Mark Geragos, and the two set up a meeting with lawyers from Boies Schiller, representing Nike, in March 2019. Prosecutors say Avenatti began making threats and demands of Nike’s lawyers, which Franklin and Auberbach said they had zero part in.

The judge said Avenatti allegedly told Nike’s attorneys that “Nike was going to pay a civil settlement to his client, who he said had breach of contract, tort, or other claims, and Nike was going to hire Mr. Avenatti and Mark Geragos to conduct an internal investigation into corruption in basketball.” If Nike didn't do what he wanted and pay him millions, Avenatti threatened to go public and destroy the company's value.

THE RISE AND FALL OF MICHAEL AVENATTI

After the meeting, Nike’s lawyers contacted the SDNY, and the FBI began recording Avenatti’s conversations with the Nike legal team.

Avenatti said in one recording: “I’m not f***ing around with this, and I’m not continuing to play games … You guys know enough now to know you’ve got a serious problem. And it’s worth more in exposure to me to just blow the lid on this thing. A few million dollars doesn’t move the needle for me … I’ll proceed with my press conference tomorrow, and I’ll hang up with you now, and I’ll call the New York Times … I’ll go take — and I’ll go take $10 billion off your client’s market cap.”

In another, Avenatti said, “Have you ever held the balls of the client in your hand where you can take five, six billion dollars in market cap off of ‘em? This is gonna be a major f***ing scandal … I’m gonna be asking, why Nike hasn’t been indicted? I’m gonna break, I’m gonna bring the power of my platform to bear — to expose what the f*** is goin’ on here … This is gonna be the biggest scandal in sports in a long time.”

After FBI agents showed up at the home of Franklin, Avenatti tweeted: “We will be holding a press conference to disclose a major high school/college basketball scandal perpetrated by @Nike that we have uncovered.”

Nike’s stock price then fell about a dollar a share, reportedly representing a drop of at least $300 million. Avenatti was arrested on March 25, 2019.

The Justice Department said during Avenatti’s trial that he was approximately $11 million in debt when he threatened Nike. Avenatti did not testify at the trial, called no witnesses, and was quickly found guilty.

“While the defendant may have tried to hide behind legal terms and a suit and tie, the jury clearly saw the defendant’s scheme for what it was: an old-fashioned shakedown,” said Geoffrey Berman, then-U.S. attorney for the Southern District of New York, in February 2020.

Avenatti’s lawyer, Danya Perry, argued Thursday that his sentence should be “not greater than necessary.” The defense attorney added, “He really did want to be the David fighting the Goliath … He’s much more than the persona that we saw and heard in this courtroom … The persona is not the person … I know how those tape recordings sound. They made my own skin crawl … He sounds in those tapes like a caricature.”

But Perry said that “he’s a completely humbled man who has been beaten down” and he's sure Avenatti “deeply regrets the hurt he has caused.”

DOJ lawyer Matthew Podolsky retorted: “He saw himself as a David versus Goliath … and encouraged people in the public to trust him, and that is the exact trust that he abused … It was about deceit. It was about threats. It was about taking from others. And it was about abuse of trust.”

After the Thursday sentence was handed down, current U.S. Attorney Audrey Strauss reacted by saying, “Not only did Avenatti attempt to weaponize his law license and celebrity to seek to extort payments for himself, he also defrauded his own client.”