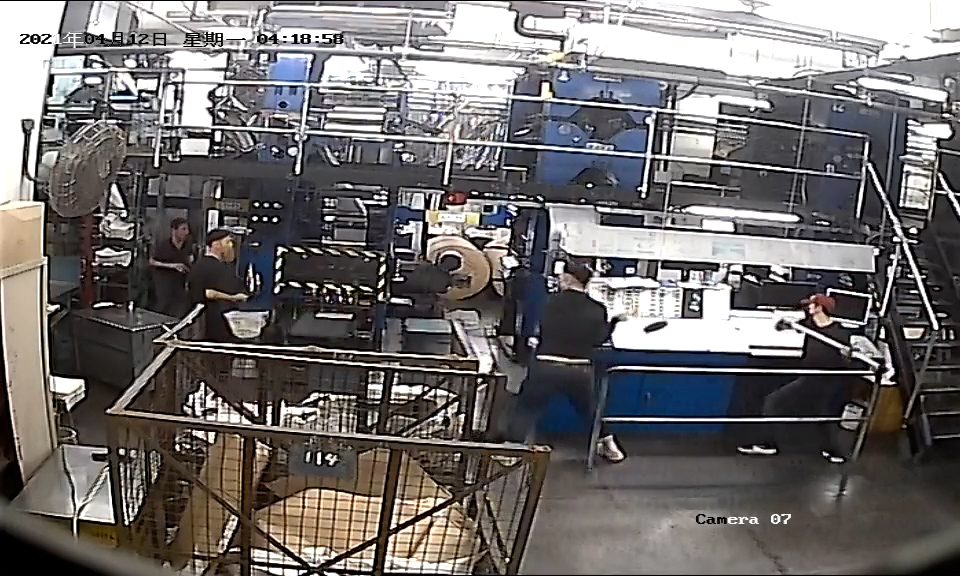 The State Department has condemned the attack on the Hong Kong Epoch Times printing press and urged Hong Kong authorities to “thoroughly investigate and bring the perpetrators to justice.”

“The United States is concerned by increased efforts to silence independent media and otherwise suppress freedom of expression, including the politically motivated targeting of journalists,” a State Department spokesperson told The Epoch Times.

“We are committed to standing up for press freedom and freer and wider access to information and ideas around the world. Freedom of expression, including for members of the press, is critical to transparency,” the spokesperson added.

On April 12, four masked men broke into the printing facility, smashing equipment with sledgehammers and spreading construction debris from a bag. The break-in caused damage to multiple computers, a transmitter, and a CPU, forcing the Hong Kong edition to temporarily stop printing.

Press freedom in Hong Kong has been in steady decline over the years since the former British territory returned to Chinese rule in 1997.

Once hailed a “beacon of freedom of expression,” the city’s ranking has plunged from 18th in 2002 to the current 80th place on the Reporters Without Borders’ World Press Freedom Index.

During the coverage of the pro-democracy movement that started around June 2019, at least 141 journalists reported being subject to verbal or physical violence by the police, and dozens more recalled rough treatment from people with opposing stances, according to a survey from the Hong Kong Journalist Association.

Beijing has made clear its ambitions to control the territory despite a promise to preserve the freewheeling city’s way of life for 50 years. Last year, it passed a broadly defined national security law that has left dissidents on tiptoe and allowed only Beijing loyalists to rule Hong Hong. Authorities have prosecuted dozens of pro-democracy activities, including a prominent local newspaper publisher.

The attack on the printing press—the second on the facility in 18 months—took place days before the court is set to unveil the sentencing of key pro-democracy activists.

The timing of the sabotage leads to suspicions that it was likely orchestrated to thwart the paper’s coverage on the event, Guo Jun, the director of the Hong Kong edition, said in a Tuesday press conference.

In recent months, the Hong Kong paper’s journalists have described being followed, and printing press employees have spotted unknown vehicles tailing them, according to Guo.

In 2019, the local franchise of a popular convenience store chain also terminated a contract with the Hong Kong edition with little explanation. Cédric Alviani, East Asia bureau director at Reporters Without Borders, told The Epoch Times at the time that they “can’t see any reason but the pressure from the Chinese authorities for this withdrawal.”

“The freedom of press is an absolute requirement in any state that respects the rule of law,” said a spokesperson for Inter-Parliamentary Alliance on China, an international cross-party group of legislators, in a statement to The Epoch Times.

“If the Hong Kong authorities really were independent champions of their democratic system, they’d defend the Epoch Times,” the spokesperson added. “That they won’t tells you all you need to know: Hong Kong has slipped into the grips of an authoritarian communist party that will tolerate no criticism.”

Anders Corr, the publisher of the New York-based Journal of Political Risk, saw the attack as “a badge of honor for Epoch Times, albeit an expensive one.”

“It shows that they are producing hard-hitting journalism against the CCP at a time when exposing the CCP is critically important to freedom not only today, but into the foreseeable future,” he told The Epoch Times.

“The use of sledgehammers against a press shows what kind of thuggish future the world can look forward to if the CCP is not stopped,” he said, adding that “the time in which to do this without great global harm is growing short.”