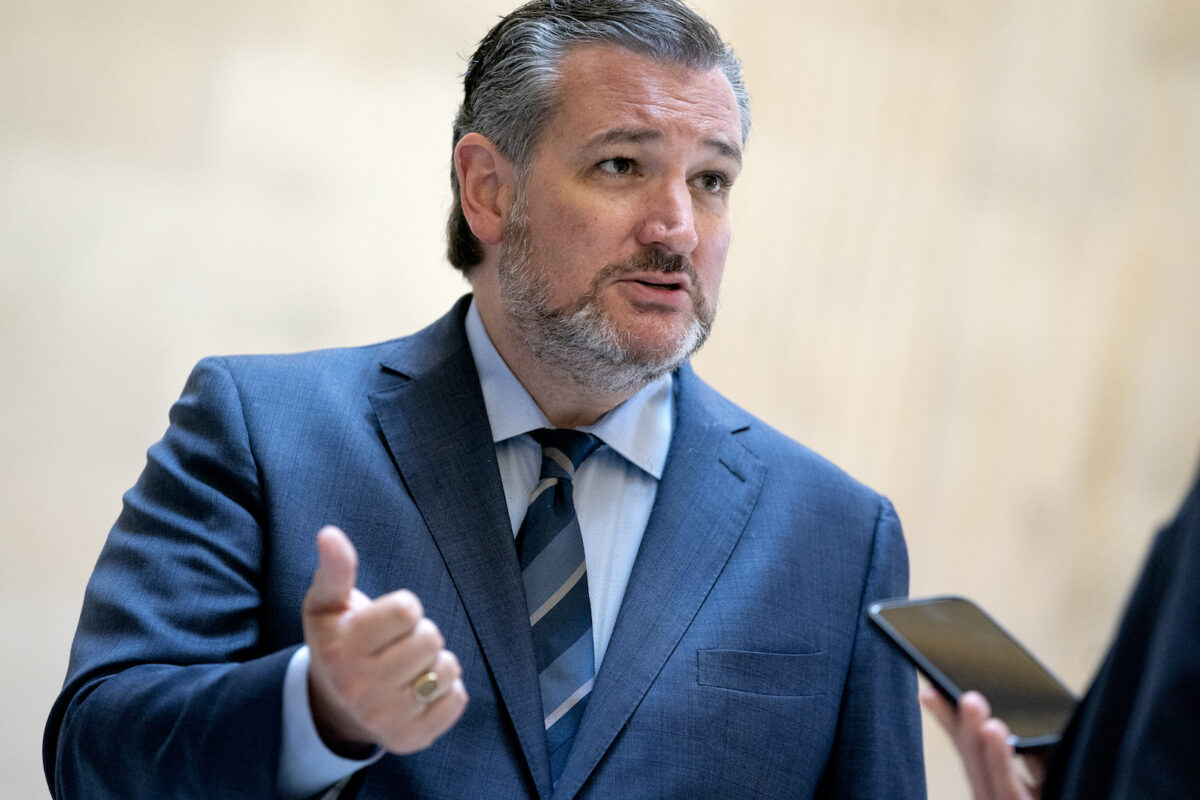 Two Republican senators on Wednesday unveiled legislation that seeks to block China and other foreign adversaries from purchasing land near U.S. military bases.

The bill, named the Protecting Military Installations and Ranges Act of 2021 (pdf), is led by Sens. Marco Rubio (R-Fla.) and Ted Cruz (R-Texas). It would require the the Committee on Foreign Investment in the United States (CFIUS) to probe whether buyers who purchase land near a military installation in the United States have ties to China or other adversaries.

The bill would amend part of the Defense Production Act of 1950, and seeks to “prohibit adversaries from acquiring land near military bases, which they could use to monitor U.S. armed forces activities and put military installations at risk,” a release states.

“This legislation would restrict any effort by Russia, China, Iran, and North Korea to buy U.S. land within 100 miles of a U.S. military installation, or 50 miles from military areas,” it says.

The CFIUS would be required to review any purchase or lease of real estate near a military installation or military airspace in the United States by a foreign person connected to or subsidized by the Russian Federation, the People’s Republic of China, the Islamic Republic of Iran, or the Democratic People’s Republic of Korea, the language of the legislation states.

If enacted, the bill would also allow the U.S. Department of Defense to prevent construction on any site under investigation.

“The Chinese Communist Party and our other adversaries should not be able to purchase land close to our military bases,” said Rubio, vice chairman of the Senate Select Committee on Intelligence. “If the United States is going to get serious about combating China and other foreign adversaries, our government must prevent them from acquiring U.S. property without scrutiny.”

Rubio, also a member of the Senate Committee on Foreign Relations and Appropriations Subcommittee on Military Construction, Veterans Affairs, and Related Agencies, said in a statement that the bill would also address this national security threat by expanding government oversight and security around military installations.

It comes after experts voiced concerns in December 2020 that a proposed wind farm project in West Texas had become a potential national security issue due to its Chinese owner who has ties to the communist regime in Beijing and the People’s Liberation Army.

A CFIUS panel chaired by the Treasury Department reviewed the acquisition and found that the wind farm didn’t pose a national security threat. However, an expert familiar with the project in Texas told The Epoch Times that there are a number of potential national security concerns about the Chinese control over the land.

“America will not tolerate espionage and is empowered to counter the widespread nefarious actions of adversarial regimes,” Cruz said of the bill.

He added, “I am proud to introduce this commonsense bill to defend our national security interests and ensure regimes that threaten the United States—such as the Chinese Communist Party—don’t have the ability to purchase land in order to intercept and disrupt military activities.”

Emel Akan contributed to this report.