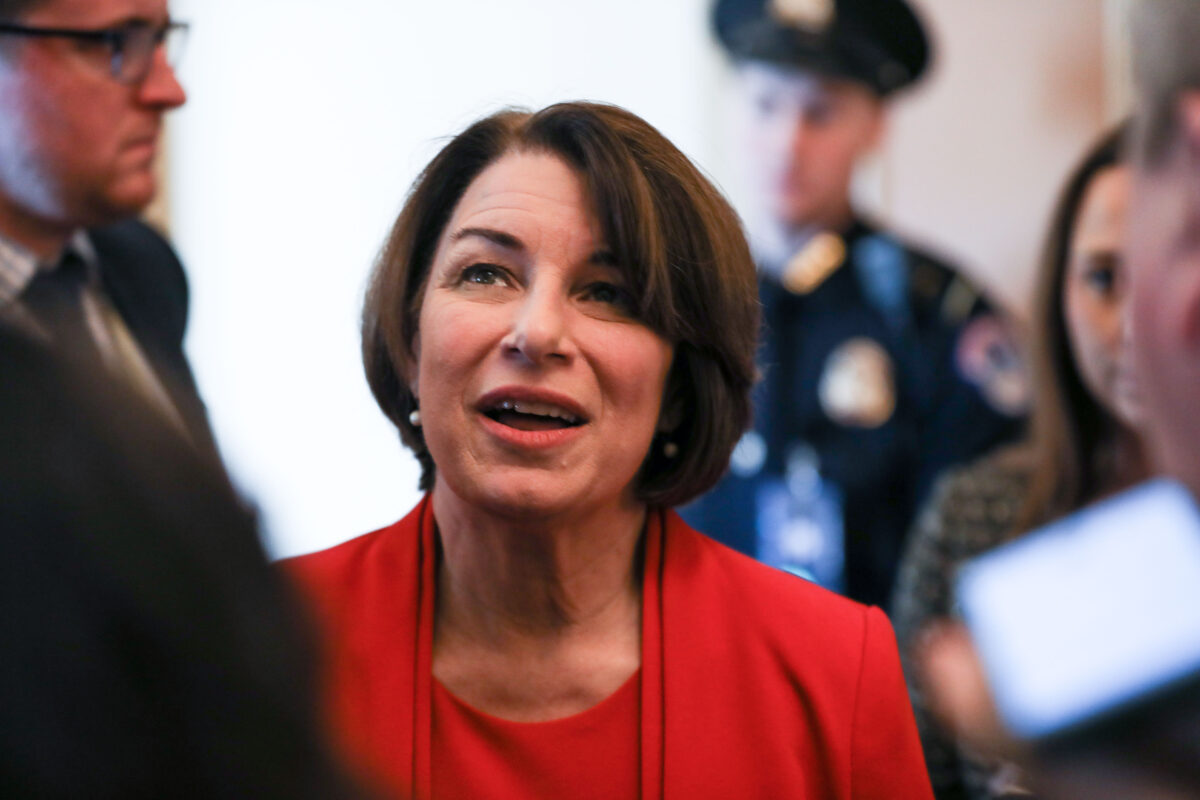 In an increasingly rare act of bipartisanship on Capitol Hill, Sen. John Kennedy (R-La.) and Sen. Amy Klobuchar (D-Minn.) are co-sponsoring a measure to strengthen the privacy of digital consumers.

The proposal, the Social Media Privacy and Consumer Protection Act of 2021, could fundamentally change the legal landscape that currently allows social media giants such as Facebook and Amazon virtually unlimited access to and use of individuals’ data on the internet.

“It’s common sense that people have a right to data privacy, and that right does not evaporate when someone logs on to their social media profile,” Kennedy said in a May 20 statement announcing the proposal.

“Social media companies have a duty to protect their users’ data and to offer quick solutions when a breach occurs. The Social Media Privacy Protection and Consumer Rights Act would strengthen users’ control over their own data and better protect their privacy.”

Klobuchar echoed the sentiment in the statement.

“For too long companies have profited off Americans’ online data while consumers have been left in the dark. This legislation will protect and empower consumers by allowing them to make choices about how companies use their data and inform them of how they can protect personal information,” she said.

In their joint statement, the senators said that “social media and other online platforms routinely capture users’ behavior and personal information, which they then use to help advertisers or other third parties target those users.”

Unregulated access to key consumer behavior data has driven the internet to become the most powerful advertising and communications platform in the world.

The senators’ proposal would limit that access by requiring companies doing business on the internet to give consumers the right to opt out and keep their information private by disabling data tracking and collection; providing users greater access to and control over their data; and requiring terms of service agreements to be in plain language.

It would also ensure that users have the ability to have access to any personal information that has already been collected and shared; mandate users be notified of a breach of their information within 72 hours; offer remedies for users when a breach occurs; and require that online platforms have a privacy program in place.

“Woke Big Tech companies like Google and Amazon have been coddled by Washington politicians for years. This treatment has allowed them to amass colossal amounts of power that they use to censor political opinions they don’t agree with and shut out competitors who offer consumers an alternative to the status quo. It’s past time to bust up Big Tech companies, restore competition, and give the power back to the American consumers,” he said in announcing his proposal, the Bust Up Big Tech Act of 2021.

Sen. Bill Hagerty (R-Tenn.), who is serving his first term in the Senate, recently introduced his 21st Century FREE Speech Act, which takes a different approach from Kennedy and Klobuchar’s and Hawley’s measures.

Hagerty took a cue from a concurring opinion by Supreme Court Justice Clarence Thomas, who suggested Big Tech companies could be classified by the government as “common carriers,” much like utilities.

“For too long, Americans have watched Big Tech abandon the foundational American principles reflected in the First Amendment—free speech, freedom of thought and belief, free assembly, and the open exchange of ideas,” Hagerty said in introducing his measure, which would reclassify the Big Tech giants as Thomas suggested.

Thomas explained his reasoning in concurring with the Supreme Court’s decision to decline to hear a case against former President Donald Trump for blocking people from his since-banned Twitter account.

“In many ways, digital platforms that hold themselves out to the public resemble traditional common carriers. Though digital instead of physical, they are at bottom communications networks, and they ‘carry’ information from one user to another,” Thomas wrote.

“A traditional telephone company laid physical wires to create a network connecting people. Digital platforms lay information infrastructure that can be controlled in much the same way. And unlike newspapers, digital platforms hold themselves out as organizations that focus on distributing the speech of the broader public.”

Federal law dictates that companies can’t “be treated as the publisher or speaker” of information that they merely distribute, according to 110 Stat. 137, 47 U.S.C. Section 230(c). The analogy to common carriers is even clearer for digital platforms that have dominant market share.

“Similar to utilities, today’s dominant digital platforms derive much of their value from network size. The Internet, of course, is a network. But these digital platforms are networks within that network. The Facebook suite of apps is valuable largely because 3 billion people use it,” Thomas wrote.