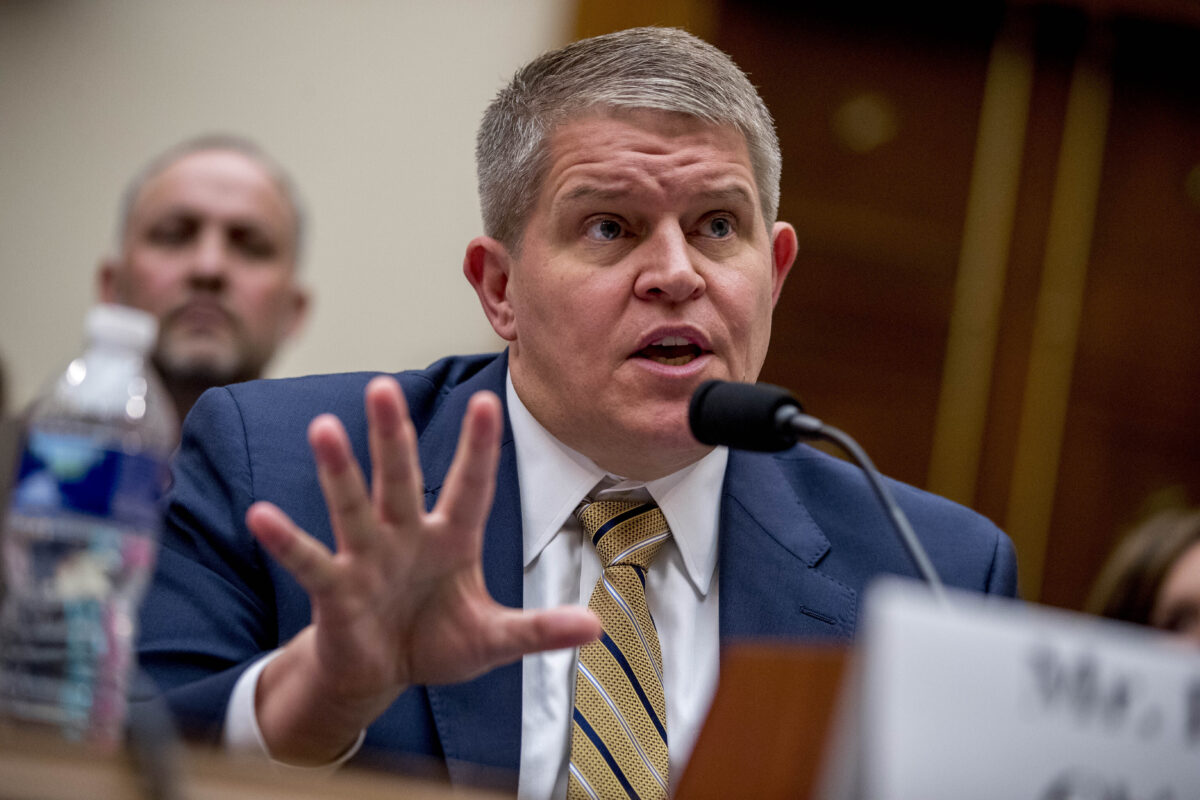 A group of House Republicans is urging Senate leaders to reject President Joe Biden’s nominee to direct the Bureau of Alcohol, Tobacco and Firearms (ATF), alleging he has a “hostile attitude toward the rights of gun owners.”

The group accused Chipman of trying to “mislead the public on the basic facts of firearm ownership” and establishing historical falsehoods in his bid to advocate for gun control, such as falsely stating that cult members at Waco shot down two helicopters.

“Chipman’s confirmation would not only jeopardize the constitutional rights of every legal firearm owner in America, but it would also threaten to reshape the landscape of firearm ownership for generations of Americans to come,” the Republicans told the Senate’s top Republican and Democrat. If confirmed, he would “use every tool at his disposal to attack American gun owners and we respectfully ask you to oppose any and all action that would advance his confirmation in the Senate,” they added.

Spokespersons for McConnell and Schumer didn’t respond to requests for comment.

The Senate, evenly divided 50-50 between Republicans and Democrats, has approved virtually all of Biden’s nominees in largely narrow votes. Vice President Kamala Harris can break ties through her role as president of the Senate.

The White House has previously called on Congress to quickly confirm Chipman to direct the ATF.

Biden announced last month he intended to nominate Chipman to the position.

The veteran ATF official advised Everytown for Gun Safety, which advocates for gun control, after leaving the agency. He later became an adviser to another gun control advocacy group, Giffords.

“I’m proud to nominate David Chipman to serve as the Director of the AFT. David knows the AFT well. He served there for 25 years. And Vice President Harris and I believe he’s the right person, at this moment, for this important agency,” added Biden in remarks on April 8 at the White House.

That same day, the president unveiled plans he was taking apart from Congress to try to stem shootings, including attempting to cut down on the number of so-called ghost guns circulating in America. The guns are built at homes from kits.

“The ATF has tremendous power and authority, and we all should be very concerned about how Chipman intends to use that power,” Rep. Mary Miller (R-Ill.) said at the time.

The National Rifle Association called Chipman “a gun control extremist,” noting his argument in favor of subjecting all AR-15s to regulation under the National Firearms Act. The pro-gun ownership group said such a move would likely lead to a long backlog in registrations under the act.

Everytown said Chipman “is a gun owner, father, and decorated law enforcement official who served as a special agent for the ATF for 25 years.” It urged people to send a letter to their senator, urging them to vote to confirm Chipman.