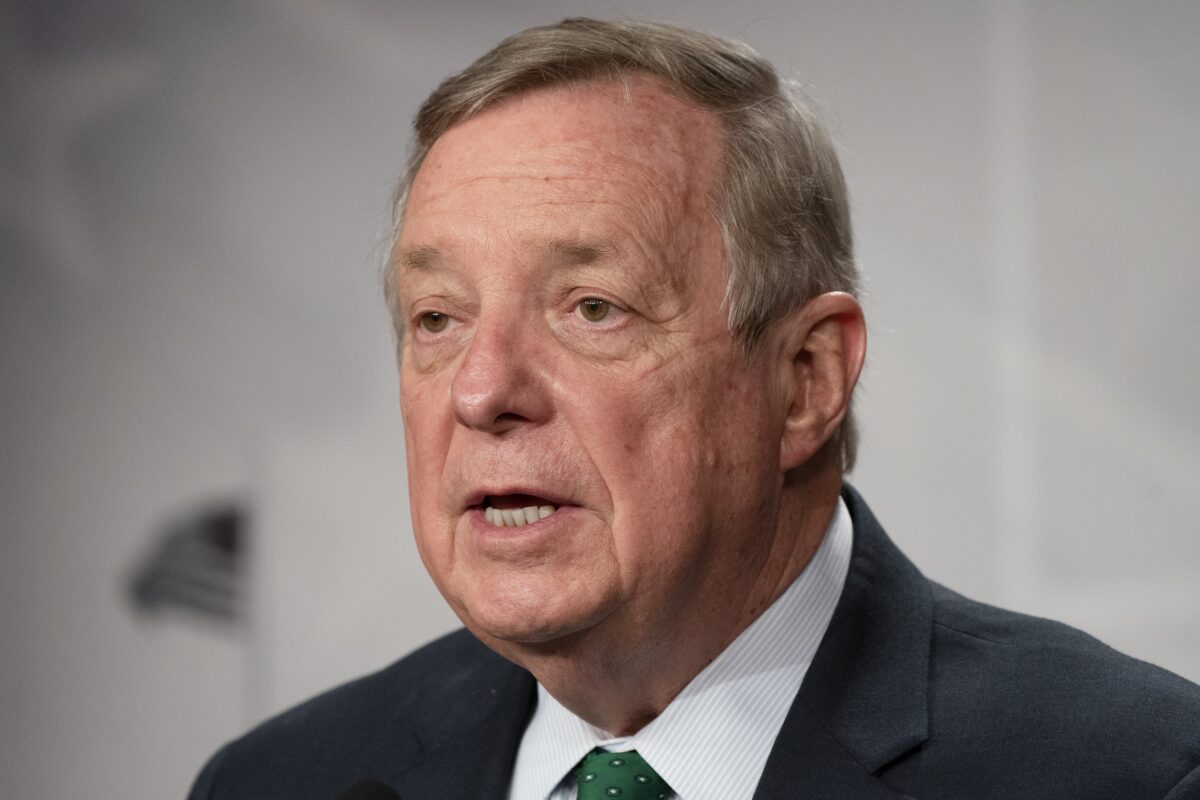 A group of Senate Democrats is again pressuring President Joe Biden to raise the number of refugees being admitted into the United States in hopes that he would eventually increase the cap on refugees to 125,000 for the 2022 fiscal year, which begins in October.

Thirty-four Senate Democrats, led by Senate Democratic Whip Dick Durbin (D-Ill.), made their request in a letter on Tuesday while also urging him to set a 62,500 refugee cap for this fiscal year by May 15, 2021.

“Refugees are the most thoroughly vetted travelers to our country and can wait for years before they are resettled here.  As of March 31, 2021, only 2,050 refugees had been resettled in the United States this fiscal year,” the lawmakers wrote.

“More than 35,000 refugees have reportedly been screened and preliminarily approved by the Department of Homeland Security for resettlement in the United States. We urge you to expeditiously and safely admit all qualified refugees who are waiting to be resettled.”

The letter comes after the Biden administration issued mixed signals on refugee admission limits. The administration earlier this month issued a directive to keep the Trump administration’s cap on refugee limits of 15,000 but hours later, following backlash from Democratic lawmakers, the White House issued a statement saying Biden would “set a final, increased refugee cap for the remainder of this fiscal year by May 15.”

Although the White House had initially denied allegations that the decision to keep the Trump-era limits was due to the surge of illegal immigrants at the U.S. southern border, Biden subsequently acknowledged the issue on April 17.

“The problem was that the refugee part was working on the crisis that ended up on the border with young people. We couldn’t do two things at once. But now we are going to increase the number,” he said, referring to his intention to raise the cap in May.

The White House has also continued to pin blame on the previous administration for the “challenge” it faces in its ability to accept more refugees.

“In terms of our considerations over time, we inherited an incredibly broken system. It left us with some—and the President and others— with some skepticism about what the system would bear. Hence, our announcement a couple of weeks ago was meant to be a first step, focused on announcing the resumption of flights and also the overturning of the xenophobic policies of the last administration that prevented refugees from applying from Africa and the Middle East,” White House Press Secretary Jen Psaki told reporters on Tuesday.

She also did not dispute reports that stated the administration was considering raising the refugee cap to 62,500.

“I would say that whatever the cap is—if the cap is close to that or at that—it will continue to be challenging. But there are considerations, including the message we’re sending to the world and also the need to get the muscles working in the system, in the federal government, but also with all of the important partners out there in the United States and around the world that play an important role in refugees traveling to the United States—help enable them to raise money, help enable them to hire staff, and get their systems ready so we can meet that 125 cap next year,” she said.

The White House’s anticipated decision on the refugee cap comes against a backdrop of a significant surge of illegal immigration, which saw CBP agents apprehending over 172,000 illegal immigrants in March, according to statistics released on April 8. This is up from just over 101,000 individuals encountered in February.

Republican lawmakers have long argued that the burgeoning crisis is a result of Biden’s move to overturn several Trump-era immigration policies that helped curbed the flow of illegal border crossings. This includes his predecessor’s cornerstone Migrant Protection Protocol, which effectively ended the problematic “catch and release” policy, significantly stemming the surge of illegal immigrants that was seen at the southern border in 2019.

In a return to the Obama-era policies that facilitate “catch-and-release,” the Biden administration is again releasing unaccompanied minors into the country. The lawmakers argue that Biden’s act has been interpreted as a signal to prospective migrants to travel to the United States.

The Biden administration, on the other hand, has sought to shift the blame onto former President Donald Trump’s administration, with Homeland Security Secretary Alejandro Mayorkas saying that the previous government had “dismantled the orderly, humane, and efficient way of allowing children to make their claims under United States law in their own country.”