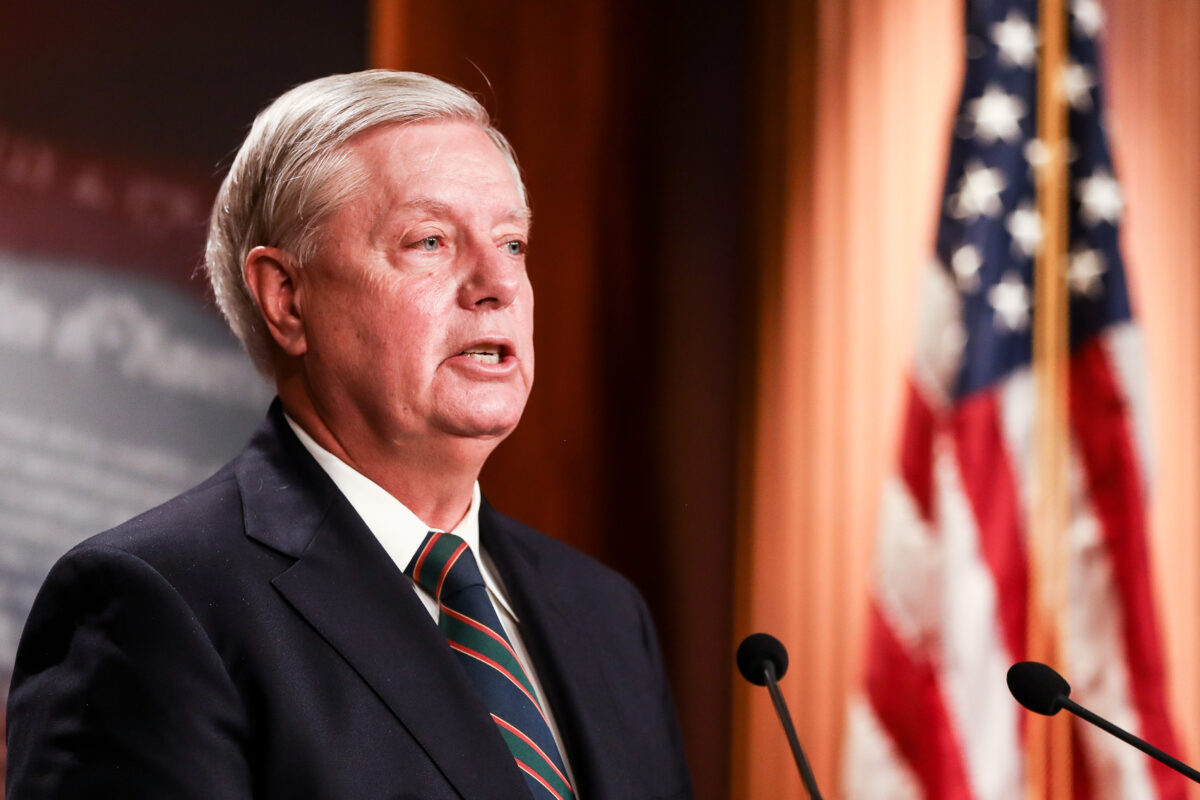 Sen. Lindsey Graham (R-S.C.) said Wednesday Senate Minority Leader Mitch McConnell (R-Ky.) should do anything he needs to stand up to the Democrats’ “radical agenda,” including denying quorum.

“To borrow a phrase from Senator Schumer, when it comes to standing up to the most radical agenda in U.S. Senate history—All options are on the table for Republicans,” Graham wrote on Twitter. “Republican needs to make it clear that if there is an effort to change the filibuster … we, as Republicans, will use all the tools in the toolbox to stop the power grab—including the denial of a quorum.”

Quorum refers to the number of senators that must be present for the Senate to do business. The Constitution requires a majority of senators (51) for a quorum.

Democrats have recently been more vocal about getting rid of the Senate filibuster, an action that prolongs debate and delays a vote on a measure. Before 1917, Senate rules didn’t provide a way to end a debate and force a vote on a measure, but that year they adopted a rule that enabled a two-thirds majority (67-votes) to end a filibuster via a procedure known as cloture, which later changed 60-votes.

Many top Democrats including President Joe Biden, Senate Majority Leader Chuck Schumer (D-N.Y.), and Chair of the Senate of Senate Judiciary Committee Dick Durbin (D-Ill.) are calling for an end to the filibuster.

Durbin, who previously supported the filibuster rule, has recently come out in opposition. Durbin in March argued that the filibuster was damaging the nation’s democracy.

“Today, nearly 65 years after Strom Thurmond’s marathon defense of Jim Crow, the filibuster is still making a mockery of American democracy. The filibuster is still being misused by some Senators to block legislation urgently needed and supported by strong majorities of the American people,” Durbin said in a speech on the Senate floor.

McConnell said Republicans would fight back if Democrats eliminated the filibuster to push their agenda forward.

“It would not open up an express lane for the Biden presidency to speed into the history books, the Senate would be more like a 100-car pileup, nothing moving,” McConnell recently said on the Senate floor.

“Well, at this point in time, we are in the same position. I am one who has said regularly, long before this year, that I thought that the filibuster was undemocratic and inconsistent with the Founder’s principles. I bet you could not find a single Founder, a single writer of the Constitution of the United States, who would have said the Senate cannot pass a bill by majority vote, not one,” said House Majority Leader Steny Hoyer (D-Md.)

Hoyer and his House colleagues held a press conference on Wednesday on the District of Columbia statehood bill passed in the House, but know they will meet with opposition if they adhere to the 60-vote rule in the senate.

To vote to rid the Senate of the filibuster rule, the Senate would need 51 votes, but two Democrat senators have committed to keeping the rule, Sens. Kyrsten Sinema (D-Ariz.) and Joe Manchin (D-W.Va.).

Manchin told Axios, if Democrats get rid of the filibuster, it will make the legislative process very weak.

“If you give up on democracy, if you give up on the Republicans, and you give up on filibuster, I tell you we’re in serious problems,” Manchin said on Wednesday.  “This swing, and the yin and yang, will be so frequent every administration change, what goes around comes around.”

If the Republicans prevent the Senate from having a quorum, the senate session would be forced to stop and senators would adjourn, severely delaying the legislative process.

“I hope it doesn’t get to this point for the sake of the country,” Graham said.