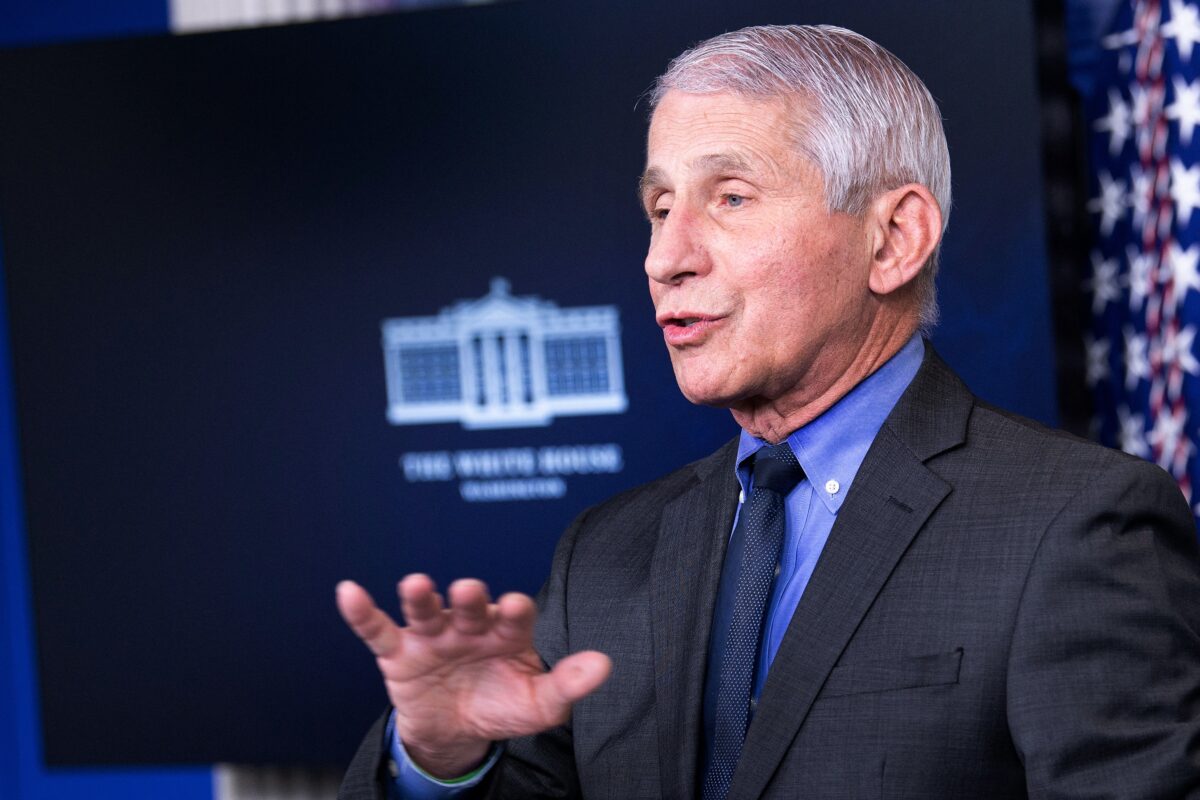 “The two main objectives of our health care system—informed consent and second opinions—were denied to us at COVID,” Deace said in an interview with The Epoch Times’ “American Thought Leaders,” adding that much of the data presented in his book has not been communicated to the American public by Dr. Anthony Fauci, who leads the nation’s pandemic response.

“For example, if the average American knew that almost half of the deaths in America with COVID occurred in nursing homes where less than one percent of Americans live, we would have never ever gone along with this level of subjugation,” Deace told host Jan Jekielek. “These are the sorts of data points that have been kept from the American people, so they have not been given the right to informed consent.”

Deace moved on to cite a variety of “counter experts” from prestigious institutions such as Stanford and Oxford Universities, who “got kicked to the curb” because of their skepticism of one particular COVID-19 model used to justify lockdowns that severely affected people’s lives.

“We were told to trust the experts,” he said. “Why weren’t we permitted to get second opinions from counter experts, before we decided to risk a huge drop in cancer screenings, 40 million unemployed, 20 percent of American small businesses that are never going to return, on average, across the country?”

Deace then highlighted an apparent lack of controlled scientific studies proving the effectiveness of masks. He noted that while no domestic studies used a random controlled sample of unmasked people, a Danish study did and found that wearing a mask doesn’t significantly reduce one’s chances of contracting the virus.

Deace also pointed to an April 2020 study published by the Center for Infectious Disease Research and Policy at the University of Minnesota. Following angry outcries calling for the paper’s retraction, the authors were forced to add a lengthy statement explaining how they came to the conclusion that masks are not effective in helping to lower the spread of the virus.

“Then there’s now a disclaimer, where they basically apologize to the mob for the fact that they ever tried to do actual science,” he said. “So that’s what the mask has really become. It’s gone beyond virtue signaling. It is idolatry. It’s ‘I’m better than you, I’m smarter than you, I care about other people more than you.’ When really it’s a tool of ignorance.”

When asked whether he thinks the pandemic was used by bureaucrats like Fauci to increase power, Deace said he believed there have been “forces waiting for the right moment” and saw the COVID-19 pandemic as an opportunity to advance their agenda.

“Just look how quickly people like Bill Gates had their messaging already in order,” he said, “look how instantaneously the messaging was assembled.” Deace said, “I absolutely believe there were forces at work, waiting for some kind of moment to institute, what they even use in their own language, a ‘Great Reset.'”

“They didn’t know what it was going to be, and then they saw this come along and figured that this was the moment for them to act,” he continued. “I don’t think that is tied into the origin of the virus whatsoever, and if it wasn’t coronavirus, it just would have been something else.”