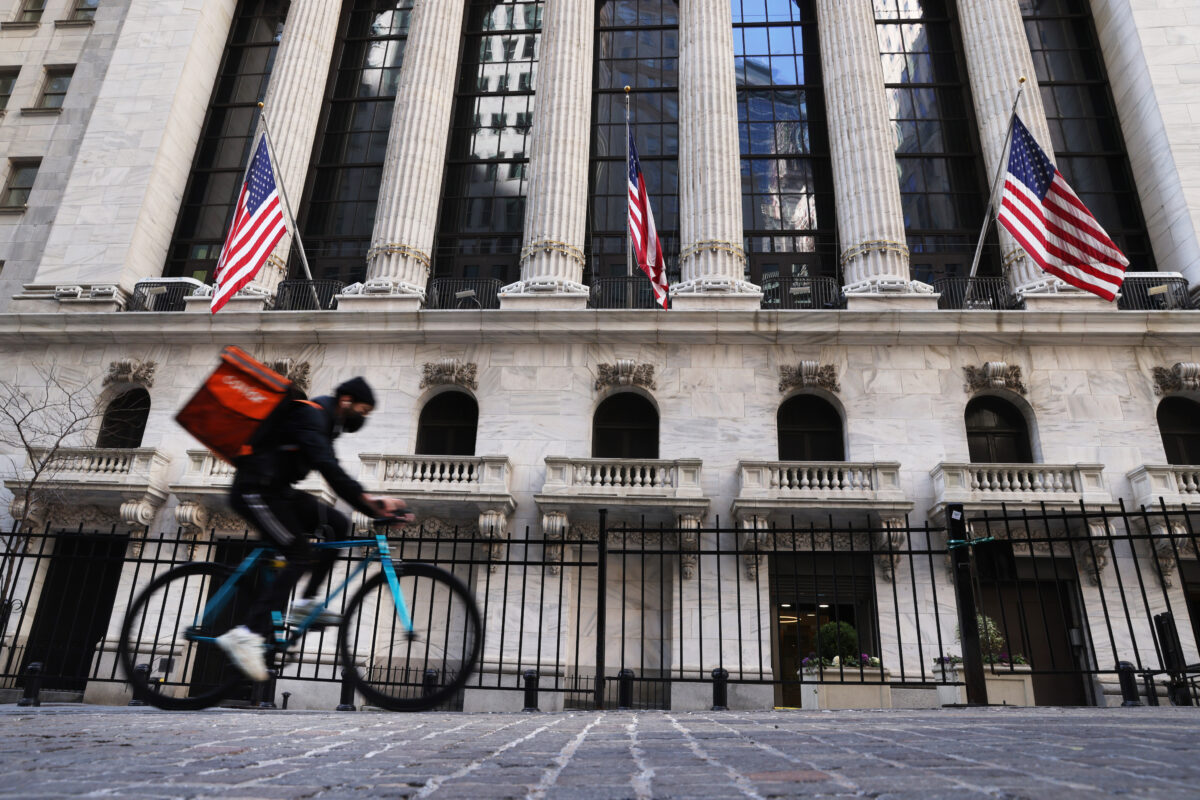 The Public Company Accounting Oversight Board (PCAOB) has been unable to inspect audit firms based in China for more than a decade. Beijing has refused to allow audit inspections of China-based companies, citing national security and privacy as reasons for noncompliance.

The law, however, fixes that problem by forcing foreign companies to delist from U.S. exchanges if they fail to comply with the PCAOB’s audits for three consecutive years.

The Securities and Exchange Commission (SEC) on March 18 adopted interim rules to implement certain provisions of the HFCA Act. While U.S. regulators are required to identify non-compliant companies, there’s a dispute over when to start the clock, according to the American Securities Association (ASA), which represents regional Main Street financial services companies.

The trade group sent a comment letter to the SEC on May 5, urging the regulators to include fiscal year 2020 audits in their determination of “non-inspection years,” meaning years in which the PCAOB is unable to fully inspect an auditor.

According to the rule, the SEC determines that the first possible non-inspection year for a listed company would be 2022, instead of 2021.

“We believe this is an incorrect reading of both the text and Congressional intent,” the letter states. “Delaying this determination into 2022 would be contrary to Congressional intent and unnecessarily prolong American investors’ exposure to fraudulent Chinese companies.”

Last month, Kennedy also sent a letter to the commission, urging it to prevent delays in determining non-compliant companies.

“Countless Chinese companies defrauded investors—most notably Luckin Coffee, which lost half of its stock valuation overnight,” Kennedy wrote in his letter to the SEC.

“Because this threat to our capital markets system remains, the Commission should act swiftly to identify non-compliant companies that are located in a foreign jurisdiction.”

Kennedy also asked the regulators to provide Congress with updates on how the SEC plans to fully implement the law.

The SEC didn’t immediately respond to a request for comment.

Last year, the Luckin Coffee scandal was a wake-up call for lawmakers, regulators, and investors about the risks that Chinese companies pose to U.S. capital markets.

The shares of the coffeehouse chain crashed and were subsequently delisted from Nasdaq last year, after it was revealed that the company was engaged in an accounting fraud by “intentionally and materially” overstating its sales.

According to Chris Iacovella, CEO of the ASA, the regulators should make it clear that audit reports filed in 2021, which include financial statements for the fiscal year 2020 “would be the first eligible non-inspection year.”

“The bureaucracy sometimes tries to interpret the will of Congress through their own lens,” Iacovella told The Epoch Times.

“Clearly, when Congress passes a law, it wants the bureaucratic establishment to implement the law, according to the intent and the will of Congress.”

On its website, the PCAOB shows a list of 269 cases in which the regulator was denied access to conduct oversight in the past year; all of these cases involve companies based in either China or Hong Kong.

The law also requires companies to disclose whether they’re owned or subject to control by a foreign government, including China’s communist regime.

In its letter to the SEC, ASA urged the commission to make the list of companies owned or controlled by the Chinese Communist Party “available and easily accessible on its website.” The trade group also recommended that regulators prohibit the trading of these Chinese stocks on margin. Margin trading is a risky strategy that involves using borrowed capital to buy and trade stocks.

“The recent attention surrounding retail trading activity on mobile applications only heightens the risk that Main Street investors will be the targets of the fraud the Chinese Communist Party is running on America’s capital markets,” the letter said.

The group also called on the SEC to “close the passive index loophole” by banning the inclusion of Chinese stocks in index funds.

Dominant index providers, including MSCI, in recent years substantially lifted the weighting of Chinese shares in their indices.

“Interestingly, despite Wall Street’s public support for environmental and social issues, it has neither stopped doing business with, nor begun to divest its portfolios of any security subject to Communist China’s repressive authoritarian regime.”