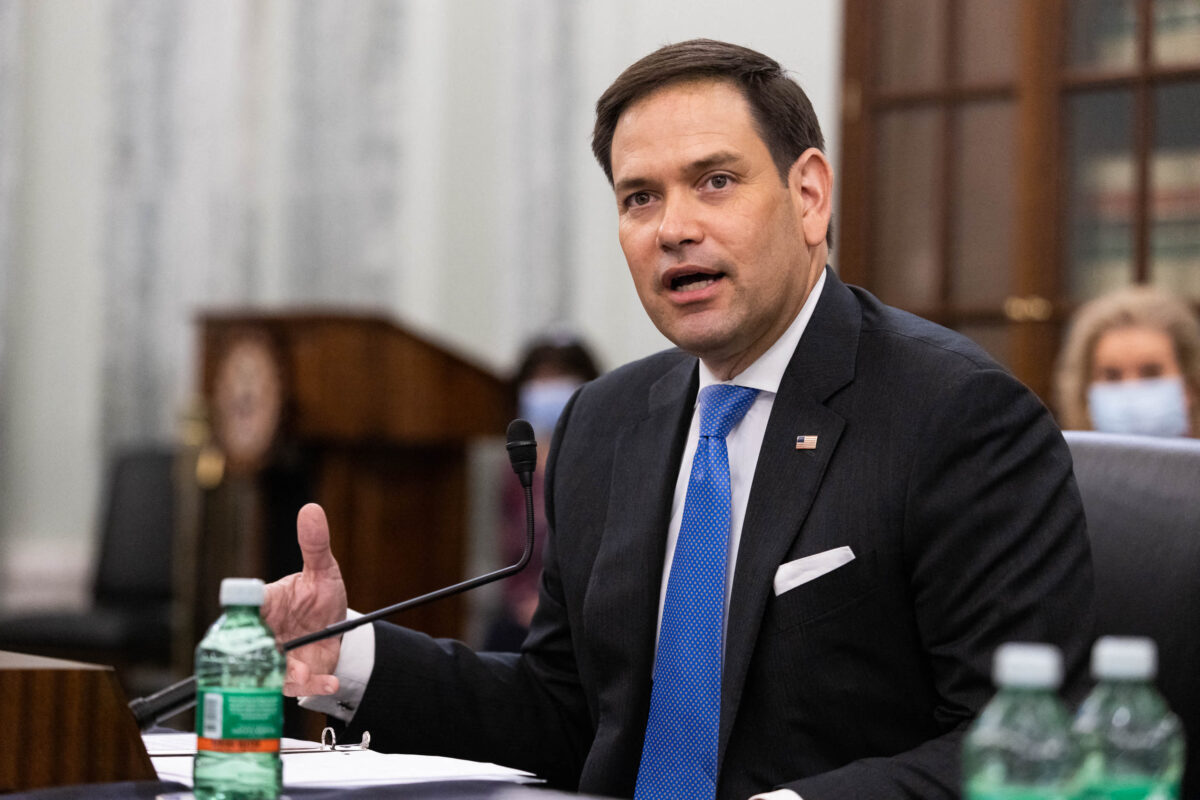 Sen. Marco Rubio (R-Fla.) has introduced two bills to counter the Chinese regime’s efforts to collect the genomic data of Americans through both legal and illegal means.

The Republican senator, who has been a leading voice in addressing the issue, introduced the Genomics Expenditures and National Security Enhancement (GENE) Act and The Genomics Data Security Act on Thursday.

Beijing has for years been collecting large amounts of American health care data, using illegal methods such as cyber hacking, investments in American biotech companies, and partnerships with hospitals and universities to gain access to the sensitive information.

The National Counterintelligence and Security Center (NCSC) said in a fact sheet (pdf) released on Feb. 1 that it poses serious privacy and national security risks.

“There is no reason for American taxpayers to be funding Beijing’s research or for our policies to enable access to American’s genomic data,” Rubio said in a statement, announcing the legislation. “It’s imperative that Congress take steps to confront this growing national security and privacy threat.”

It would also increase cross-agency awareness of “transactions of concern” by requiring that the Department of Health and Human Services (HHS) be consulted on any deal that involves a genetic data transaction.

Lastly, it would direct CFIUS to rewrite its regulations to require mandatory filing for any deal that involves a company working with genetic information, Rubio’s office said.

Meanwhile, the senator’s second bill seeks to prohibit any National Institutes of Health (NIH) funding from going to support entities with direct ties to the Chinese regime.

It would also require that every Clinical Laboratory Improvement Amendments Act certificate specify if a company with access to Americans’ health data is directly tied to Beijing.

Vast amounts of genomic information (a person’s entire genetic sequence) can fuel developments in the cutting-edge field of precision medicine (or personalized medicine), allowing China to overtake the United States to become a global leader in biotech, according to the NCSC. Such data can also be weaponized to target individuals in the country for intelligence and military operations.

A 2019 report found that at least 15 Chinese firms were licensed to perform genetic testing or sequencing on U.S. patients, giving them access to genetic data.

Americans’ genomic information is particularly valuable to China due to the ethnic diversity of the U.S. population, the paper noted. This is because varied data sets are more useful in research to identify genetic diseases. The Chinese regime last year passed laws to severely limit the ability of foreign firms to access Chinese people’s biological data.

The Chinese regime has amassed vast amounts of American personal data through several massive cyber hacks in recent years. These include intrusions on the U.S. government’s personnel agency, credit reporting agency Equifax, and health insurer Anthem, which resulted in the theft of personal information of tens of millions of Americans.

Cathy He contributed to this report.