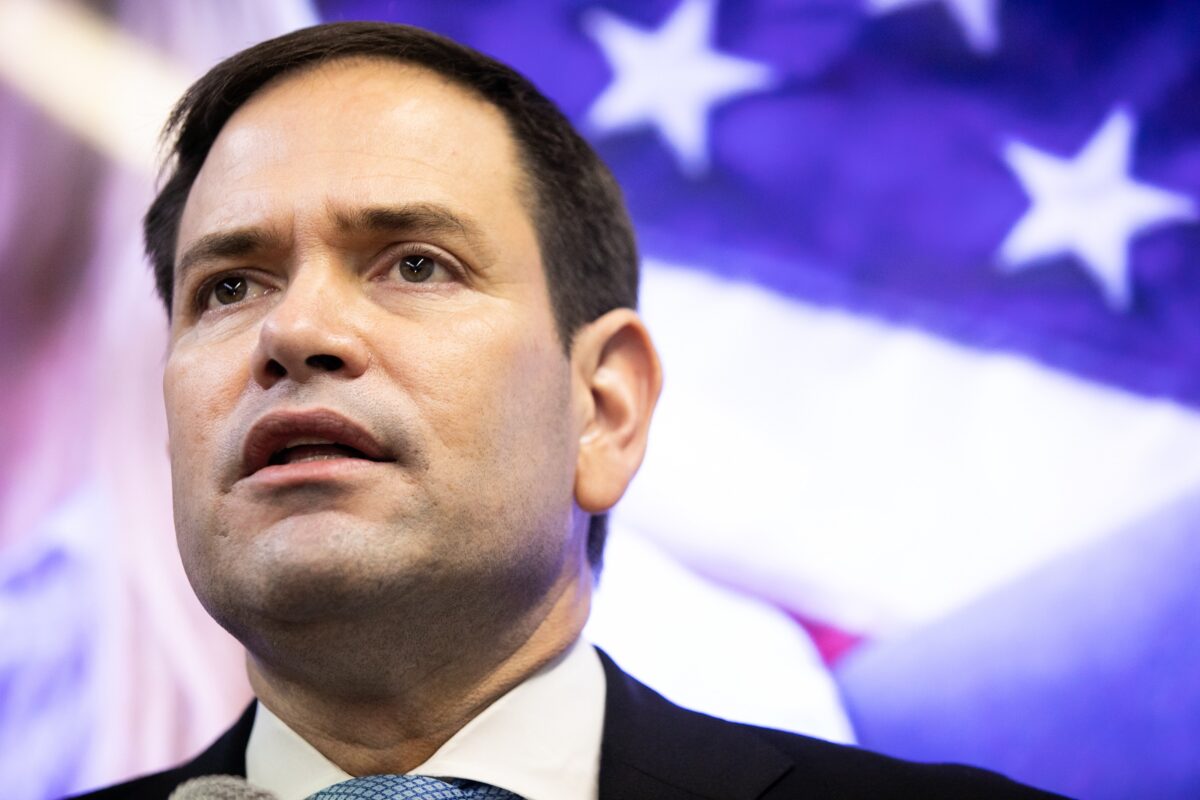 Sen. Marco Rubio (R-Fla.) on Wednesday led a bipartisan group of legislators calling on President Joe Biden to take a more decisive role in protecting religious freedom across the world and fill the position of Ambassador at Large for International Religious Freedom, something the president has not yet done after over 100 days in office.

“Today, @SenatorLankford and I led a bipartisan, bicameral letter to President Biden on the pressing need to fill the position of Ambassador at Large for International Religious Freedom,” Rubio wrote in a tweet.

Biden is urged in the letter (pdf) to fill the vacant position, prior to Jan. 20 occupied by former Kansas Gov. Sam Brownback, a Republican, who was appointed by former President Donald Trump. The lawmakers also called for the appointment of a Director of International Religious Freedom within the National Security Council, a role previously held by Sarah Makin-Acciani, who earlier served as an aide to former Vice President Mike Pence.

“Religious freedom, one of the most basic human rights for all people, has historically been an area of sincere bipartisan support and agreement in American foreign policy,” the lawmakers wrote. While acknowledging the federal government’s “significant strides” in promoting the rights of people of faith across the world and condemning the persecution of religious minorities, the legislators wrote that “the current state of international religious freedom is one of deepening crisis with government restrictions on religion rising to a record high.”

“Some countries in the Asia-Pacific region saw all-time highs in their overall government restrictions scores,” Pew Research Center wrote in a note accompanying the study. “This includes China, which continued to have the highest score on the Government Restrictions Index (GRI) out of all 198 countries and territories in the study.”

Pew noted that the Chinese regime “restricts religion in a variety of ways, including banning entire religious groups (such as the Falun Gong movement and several Christian groups), prohibiting certain religious practices, raiding places of worship and detaining and torturing individuals.”

A 2020 State Department report on human rights practices in China found that using a “broad definition of extremism,” Chinese authorities have detained, since 2017, “more than one million Uyghurs, ethnic Kazakhs, Kyrgyz, and other Muslims in ‘transformation through education’ centers, or detention centers, designed to instill patriotism and erase their religious and ethnic identities.”

In their letter, the lawmakers noted “the ongoing genocide and crimes against humanity against Uyghur Muslims and other members of ethnic and religious groups in Xinjiang,” adding that, “China’s hostility toward religion and people of faith extends to Tibetan Buddhists, Falun Gong practitioners, and Christians, some of whom are unjustly imprisoned for their faith.”

Also, people of faith suffered in the past year as governments around the world used the COVID-19 pandemic to justify religious persecution, according to the U.S. Commission on International Religious Freedom’s 2021 annual report (pdf)

“In 2020, religious freedom conditions in China deteriorated,” the commission wrote in the report, adding that the regime “intensified its ‘sinicization of religion’ policy,” which is a push to aggressively consolidate Chinese Communist Party (CCP) dominance over faith groups and meld them into the CCP.

Besides calling for the vacant posts to be filled, the lawmakers urged Biden to engage in various religious freedom initiatives with international partners.

“It is crucial that international religious liberty remain a top priority of United States foreign policy,” they wrote.

The letter came on the same day as the European Union’s appointment of a new Special Envoy for Freedom of Conscience and Belief. The nomination of Christos Stylianides, formerly the European Commissioner for Humanitarian Aid and Crisis Management, was announced on May 5 by the Vice-President of the European Commission, Margaritis Schinas, who tweeted: “Freedom of religion or belief is under attack in many parts of the world. The appointment of Stylianides … shows we are determined to protect the rights of all faiths and beliefs.”

The Biden administration has been criticized for backing away from promoting religious freedom abroad, after progress made in the area under Trump. In March, Secretary of State Antony Blinken overturned an executive order signed under the Trump administration that required federal agencies to “prioritize international religious freedom in the planning and implementation of United States foreign policy.”

Blinken announced the Biden administration would be taking a broader approach, which includes a focus on the rights of immigrants and refugees, victims of human trafficking, LGBTQ individuals, and women’s access to abortion and birth control. Blinken criticized the Trump administration for what he characterized as an “unbalanced” emphasis on religious freedom over other concerns.

“I think it would be a huge mistake for the Biden administration not to build momentum from the work done by the Trump administration to promote religious freedom,” Enos said.