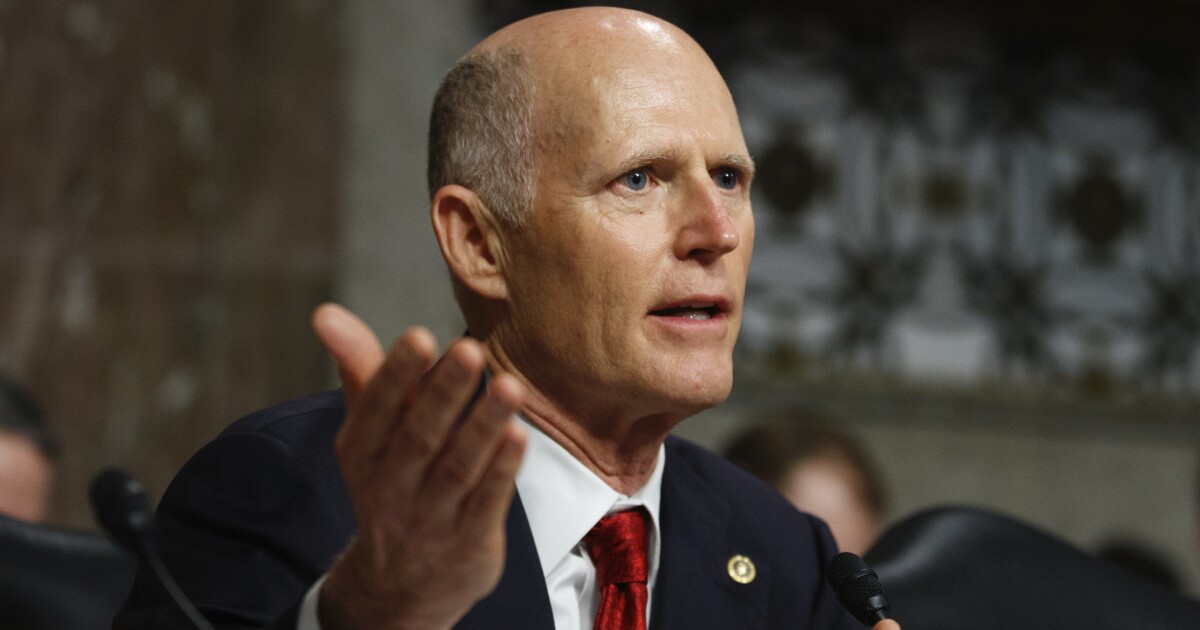 Sen. Rick Scott said that “woke corporate America” will face a “day of reckoning” if Republicans retake the House and Senate after next year’s election.

The Florida Republican wrote a blistering open letter on Monday to corporations that have been getting directly involved in political issues like Georgia's new voting law, which has featured prominent companies attacking the legislation.

“I hope you are all having fun with your virtue signaling,” Scott said in the letter, published by Fox News. “I hope you are enjoying trying to one-up each other and showing how woke you can be, all the while believing that you are more sophisticated and morally superior to the hard-working people of this country.”

Scott, who is also the chairman of the National Republican Senatorial Committee, pointed out that Major League Baseball, in protest of the new law, decided to move its All-Star Game and 2021 draft from Atlanta to Colorado, which requires photo IDs in order to vote absentee by mail, limits absentee drop box locations, and changes some early voting scheduling procedures.

“You know that everything you have said about the election reforms in Georgia being racist is a lie,” the senator said. “You know that the Georgia law actually expands early voting and does nothing to suppress or curtail the voting rights of anyone.”

The letter came after hundreds of businesses and individuals signed a statement about voting rights that was published as a two-page ad last week in the New York Times and Washington Post. In the statement, the corporations, which included giants such as Amazon, Google, and Starbucks, vowed to “oppose any discriminatory legislation or measures that restrict or prevent any eligible voter from having an equal and fair opportunity to cast a ballot.”

Scott cautioned that the companies would feel the sting of GOP opposition should the party be successful in retaking Congress from Democrats.

“There is a massive backlash coming,” he said. “You will rue the day when it hits you. That day is November 8, 2022. That is the day Republicans will take back the Senate and the House. It will be a day of reckoning.”

Scott said that the GOP would make corporate welfare “a thing of the past” and asserted that “no amount of donations” could save the businesses from that fate.

“There will be nowhere for you to hide,” he wrote. “It turns out that power does corrupt, and you have become corrupt.”

Dozens of Republican-led bills across the country are being considered to change the way elections are conducted after the chaotic fallout from the 2020 presidential election. Corporations have felt pressure from liberal activists to push back on those pieces of legislation, although some companies are already suffering blowback from the GOP.

Coca-Cola, whose CEO tore into the Georgia voting bill, appeared to backtrack and strike a conciliatory tone after former President Donald Trump and other GOP political figures called for conservatives to boycott the soft drink giant. Coke and Delta Air Lines, both based in Georgia, were noticeably absent from last week’s corporate statement.

“We believe the best way to make progress now is for everyone to come together to listen, respectfully share concerns and collaborate on a path forward,” Coca-Cola said in a statement to the Washington Examiner.

“We remain open to productive conversations with advocacy groups and lawmakers who may have differing views,” the company added. “It’s time to find common ground. In the end, we all want the same thing – free and fair elections, the cornerstone of our democracy.”