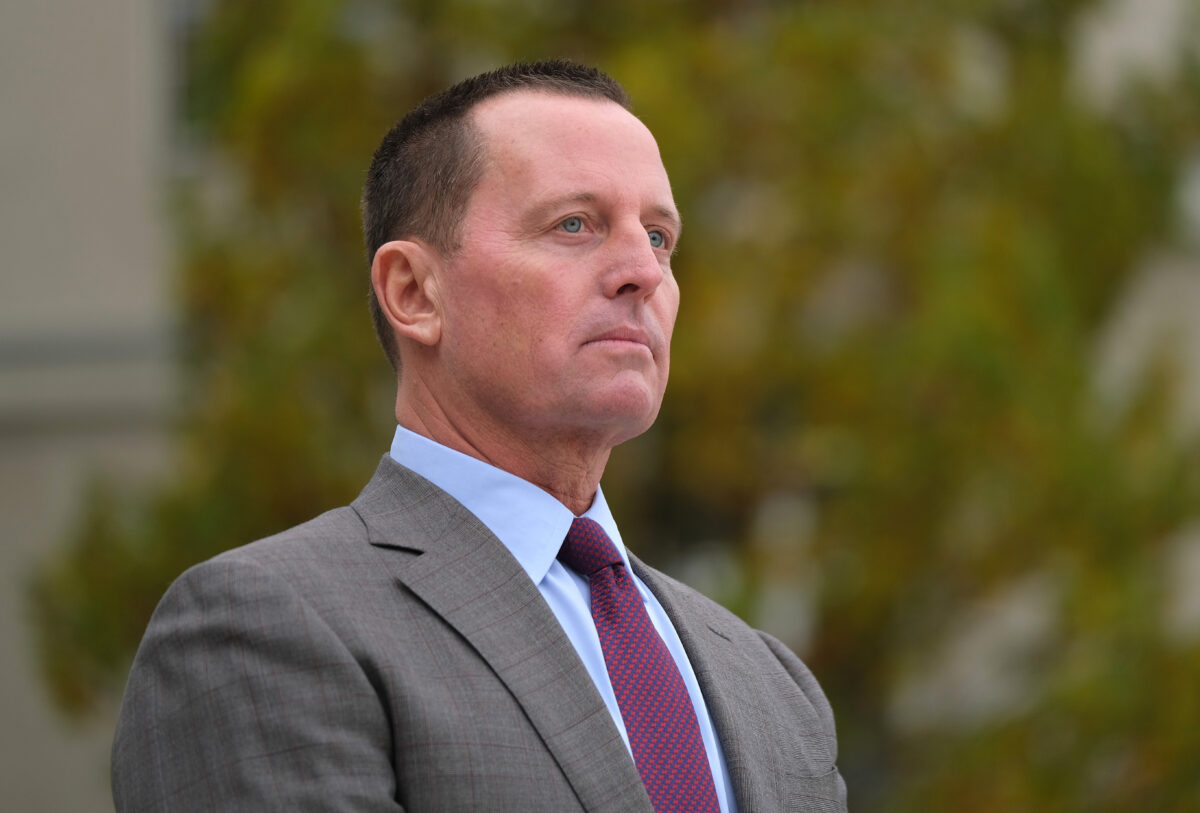 Former Acting Director of National Intelligence (DNI) Richard Grenell on July 10 said federal action should be taken against the individual or individuals who allegedly “unmasked” the identity of Fox News host Tucker Carlson to the National Security Agency (NSA).

Speaking on Saturday at a Conservative Political Action Conference’s (CPAC) in Dallas, Texas, Grenell said two violations were potentially committed, based on the claims from Fox News host Carlson.

Carlson claimed Wednesday during his popular cable television show, “Tucker Carlson Tonight,” that his identity was “unmasked” by the NSA, which conducts surveillance on foreign targets, after he attempted to schedule an interview with Russian President Vladimir Putin.

He said he only told his executive producer about the plans because he “figured that any kind of publicity would rattle the Russians, and make the interview less likely to happen.”

The television host claimed that he was informed by a “whistleblower” that the NSA intended to leak his emails to media outlets in an attempt to “paint me as a disloyal American, a Russian operative (I’ve been called that before), a stooge of the Kremlin, a traitor doing the bidding of a foreign adversary.”

“There is a process,” Grenell said on Saturday of the allegations. “Somebody asked who this U.S. person was. And they went through the process of unmasking, and then somebody came in and said to this person … it’s Tucker Carlson from Fox News. That should have never been shared with anybody.”

“There are two violations there,” Grenell said. “And somebody should lose their security clearance, and possibly be prosecuted.”

In the course of monitoring communications with foreign officials, the conversations of U.S. citizens are at times incidentally collected by intelligence agencies. The identity of these people is usually redacted in transcripts or intelligence reports if they’re not the subject of surveillance. “Unmasking” refers to the process of revealing the name of the U.S. citizen.

“By law, I should have been identified internally merely as a U.S. journalist, American journalist. That’s the law,” Carlson said. “But that’s not how I was identified. I was identified by name. I was unmasked. People in the building learned who I was.”

Grenell said that if the allegations are true, the individual could face federal prosecution.

The NSA denied that it had been spying on Carlson “in an attempt to take this show off the air,” after the cable television host initially on June 28 accused the agency of having monitored his electronic communications and accessing some of his personal emails.

“Tucker Carlson has never been an intelligence target of the Agency and the NSA has never had any plans to try to take his program off the air,” the NSA said in a statement.

“NSA has a foreign intelligence mission. We target foreign powers to generate insights on foreign activities that could harm the United States,” the agency added. “With limited exceptions (e.g. an emergency), NSA may not target a U.S. citizen without a court order that explicitly authorizes the targeting.”

Carlson on Wednesday demanded that NSA Director Gen. Paul Nakasone and Director of National Intelligence Avril Haines immediately “explain who asked” for his identity to be unmasked.

The NSA has declined to comment on Carlson’s latest remarks.

Russia’s foreign affairs spokeswoman Maria Zakharova has described the ordeal as a “very strange story” and an example of Russia being portrayed in a negative light by the United States.

“Allegedly, Tucker Carlson wanted to interview the President of Russia and therefore came to the attention of the special services,” she said in a post on her Telegram social media channel.

Sen. Rand Paul (R-Ky.), a member of the Senate Committee on Homeland Security and Governmental Affairs, has requested a probe into Carlson’s allegations, Axios reported.