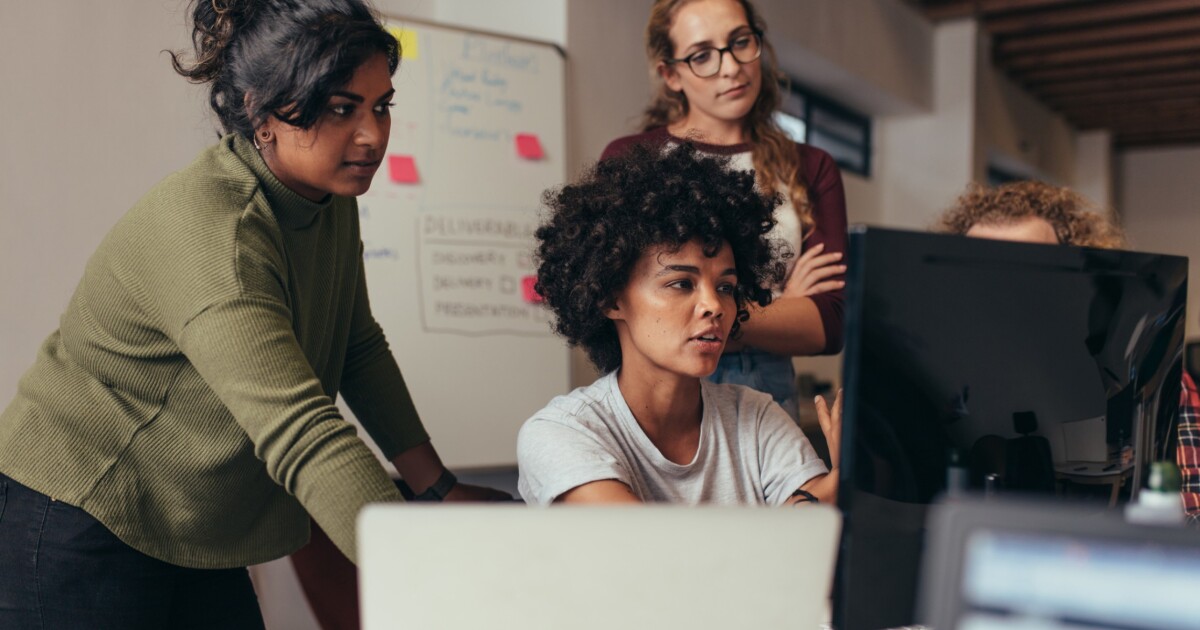 A “tidal wave of women” left the workforce in 2020, according to a new academic study published in the journal, Gender & Society.

Researchers found that women primarily left the workforce (in addition to layoffs and job closures) to help educate their children when schools reverted to virtual learning and children were no longer physically at school.

Fast forward to March, and a new paper published in the journal Gender & Society indicates that the gap between mothers’ and fathers’ labor force participation was smaller in states where students received in-person instruction, either full-time or part-time. But the gap grew by an average of 5% in states where only virtual learning was offered, such as in California, Delaware and Virginia. Texas was an exception, where 10% of women left the workforce even when 55% of schools were providing in-person instruction. Last year, large numbers of families pulled their children out of public schools and a record number began homeschooling.

The researchers measured the percentage of school districts that had at least 500 students offering in-person, remote and hybrid instruction in public elementary schools and compared it to women’s labor force participation rates in these districts’ using data from the US Census Bureau’s Current Population Survey.

“When school goes remote, mothers’ employment suffers because they pick up that extra labor at a larger rate than fathers,” William Scarborough, an assistant professor of sociology at the University of North Texas and one of the paper’s authors, said of the findings.

Scarborough warns that “longer periods of non-employment can have negative consequences on occupational mobility and future wages,” suggesting “that the negative effects of COVID-19 and school closures on gender inequality may be felt not only now, but well into the future through worsening gender wage gaps and disparities in occupational mobility.”

In January, an additional 275,000 women dropped out of the labor force, accounting for nearly 80% of all workers over the age 20 who stopped working, according to a National Women’s Law Center analysis.

Emily Martin, a vice president at NWLC, said that women staying home to educate their children are not included in the calculated unemployment rate.

“Those who have left the labor force are no longer working or looking for work so in some ways the unemployment rate is artificially lowered by the fact that it doesn’t capture these millions of women,” she said.

With states and schools now reopening, women are beginning to look for work again, but could be underpaid and underemployed, Jasmine Tucker, director of research at the NWLC, suggests.

“I think women are going to apply for jobs and take the first offer that comes along because they won’t be able to afford to wait – the wage gap has already robbed them of the chance to use savings to bear this crisis out,” she told Working Mother magazine.

“Lots of women are going to piece part-time jobs together, they’re going to re-enter the workforce at a lower level than they left and they are going to be dealing with the impact of that for years to come,” she said.

The intention of the study was to raise awareness about the social costs of schools providing virtual learning and “the toll remote schooling is having on families and mothers in particular,” Scarborough says, suggesting that employers provide flexible work arrangements going forward.

“If history has shown us anything, it’s that women are resilient,” Tucker said. “They’re going to reclaim their pre-pandemic participation rate, but the question is how long it will take them to do it.”

A quarter of working women may not return to the workforce at all, according to a survey published last fall by Lean In and McKinsey & Company. The “Women in the Workplace” report found that one in four women were considering downshifting their careers or leaving the workforce due to the impact of Covid-19.