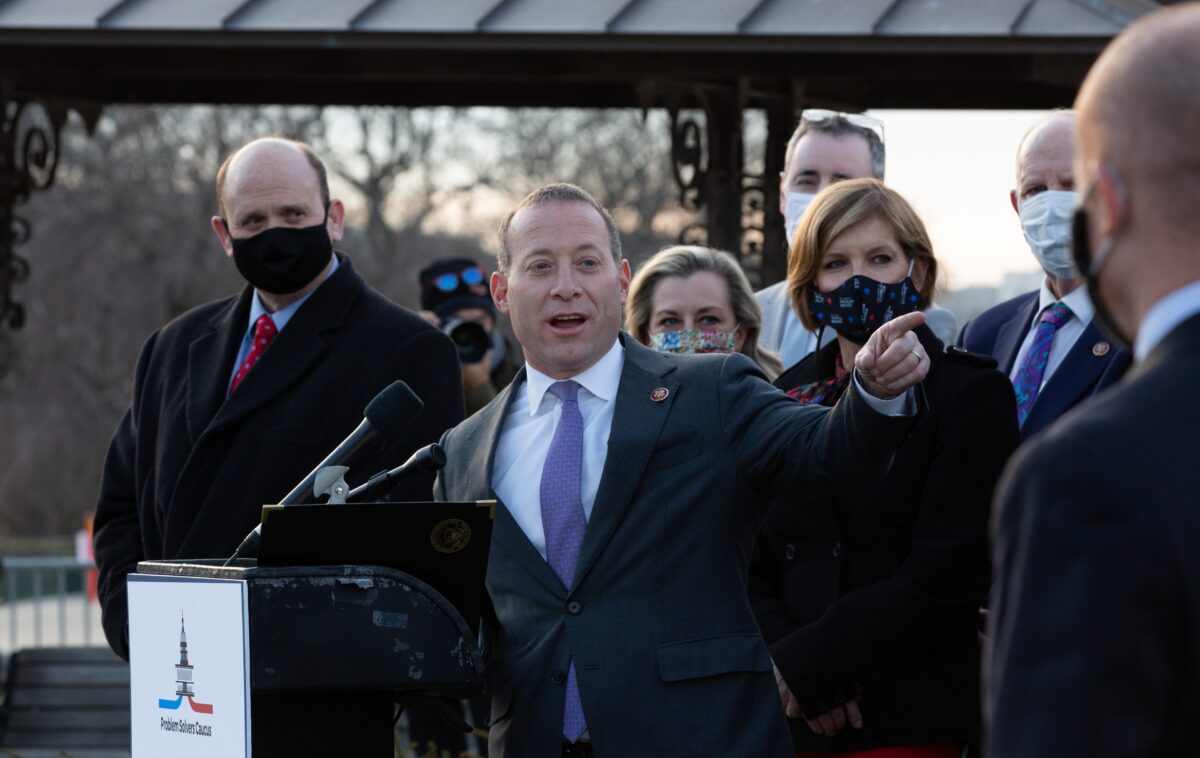 WASHINGTON—A bipartisan group of lawmakers is pushing to eliminate the cap on federal tax deductions for state and local taxes (SALT) but many argue that such a move would massively favor the rich.

For decades, the ability to deduct SALT has been an important tax break for taxpayers who itemize deductions on their federal income tax returns. The 2017 Tax Cuts and Jobs Act (TCJA), however, limited the deduction for SALT payments to $10,000 a year. Any state and local individual income or property tax payments in excess of that amount are no longer deductible by taxpayers.

Blue states, especially those with higher individual income and property tax rates, have objected to this cap and some even tried to create tax maneuvers to avoid this limitation.

Democrats last year proposed lifting the cap on the SALT deduction for 2020 and 2021 as part of a COVID relief package. They argued that lifting the cap would provide relief to people hit hardest by the virus, especially in devastated cities such as New York.

A growing number of House Democrats have recently indicated that they wouldn’t support Biden’s infrastructure and tax plan unless the cap is repealed.

Last week, more than 30 bipartisan members of the House formed the SALT Caucus to push for a repeal of the $10,000 limit passed in TCJA. Caucus members stated that the move would provide tax relief to “hard-working middle-class families.”

“It is high time that Congress reinstates the State and Local Tax deduction, so we can get more dollars back into the pockets of so many struggling families—especially as we recover from the pandemic,” SALT Caucus co-Chair Rep. Josh Gottheimer (D-N.J.) said in a statement. The group said it would seek ways to restore the SALT deduction.

Another co-chair of the caucus, Rep. Young Kim (R-Calif.) stated that Californians have been burdened by high state and local taxes. Her district would pay on average more than $640 million in the 2022 tax year due to the SALT cap.

According to Tax Policy Center estimates, however, almost all benefits of repealing the $10,000 SALT cap would go to the top quintile, with the top 1 percent getting an average tax cut of $33,100 and 0.1 percent receiving nearly $145,000.

Lifting the SALT cap would give essentially no benefit to the middle class, contrary to what Democrats and some Republicans have argued,” a Brookings Institution report stated last year. “Only 4 percent of the benefit would go the middle class, “for an average annual tax cut of a little less than $27.”

Simply lifting the SALT cap, as many Democrats propose, isn’t a solution, according to the left-leaning Institute on Taxation and Economic Policy (ITEP).

“While the cap on SALT deductions is problematic, repealing it without making other reforms would result in larger tax breaks for the rich,” Steve Wamhoff, director of federal tax policy at the ITEP, stated in a February report. He proposed replacing the SALT cap with a broader limit on tax breaks for the wealthy.

Last year, ITEP estimated that repealing the cap would cost more than $90 billion in a single year, with 86 percent of the benefit going to the richest 5 percent.

“I don’t think that we should be holding the infrastructure package hostage for a 100 percent full repeal on SALT, especially in the case of a full repeal,” Ocasio-Cortez told reporters on April 15. “Personally, I can’t stress how much that I believe that is a giveaway to the rich.”

However, she didn’t rule out a negotiation on revising the limit.

“There’s a conversation to be had, I think, about the cap itself, and at what level it’s appropriate, and where we can help families that are really deeply impacted,” she said. “On the other end of it, I don’t believe that a full repeal is just.”

In a letter to shareholders dated April 7, Jamie Dimon, chairman and CEO of JPMorgan Chase, took aim at five states—California, Connecticut, Illinois, New Jersey, and New York—that continue to demand “unlimited” SALT deductions, saying that while those five states would “reap 40 percent of the benefit,” more than 80 percent of those deductions would “accrue to people earning more than $339,000 a year.”