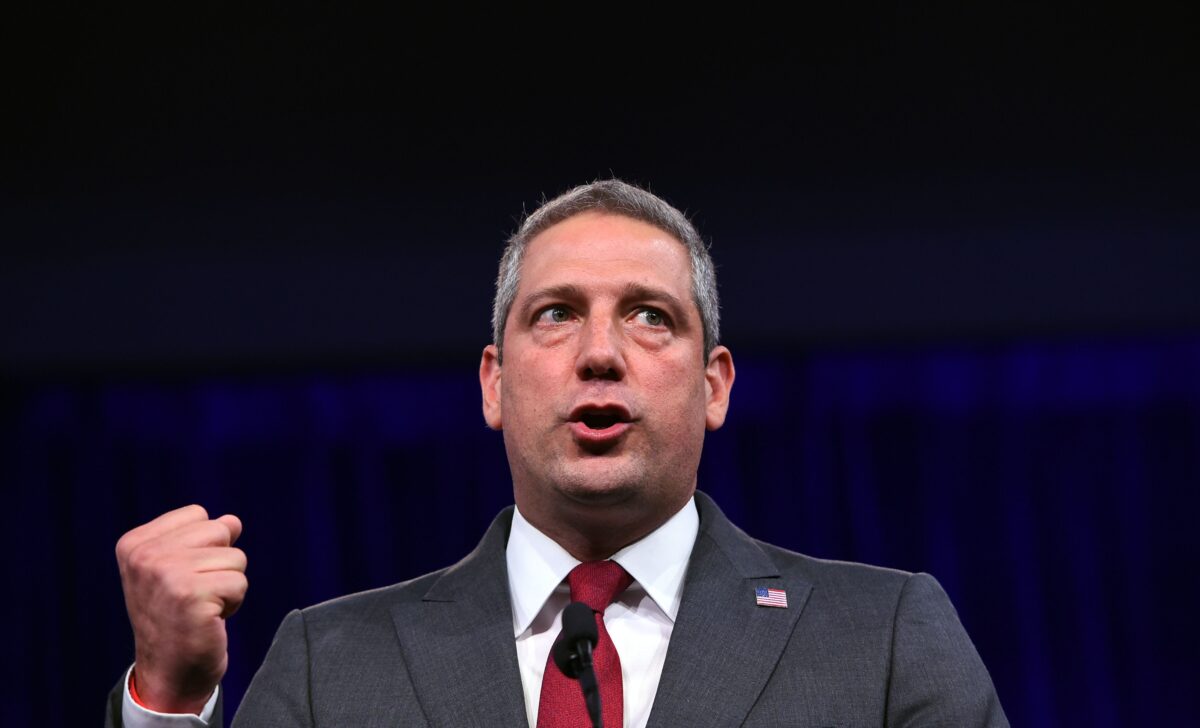 Rep. Tim Ryan (D-Ohio), a 10-term representative in Congress since 2003 and a former Democratic presidential contender, announced his run for the U.S. Senate on Monday morning.

“I’m running for Senate because Ohioans are working harder than ever, they’re doing everything right, and they still can’t get ahead,” Ryan wrote on Twitter. “It’s time to hit the reset button.”

Ryan is running for the seat to be vacated by Sen. Rob Portman (R-Ohio), who announced on Jan. 25 that he wouldn’t seek his third-term reelection in 2022.

Originally from Ohio’s blue-collar Mahoning Valley, Ryan stressed his focus on workers and jobs, in the video accompanying his announcement.

“We need to invest in the businesses so they can create more jobs for even more workers. We need to step up our training and science and technology, so the clean energy jobs come to Ohio today,” Ryan said in the video.

“We need to make huge investments into our public infrastructure, our roads, our bridges, our airports, broadband, we can actually revitalize manufacturing, secure U.S. supply chains, and make things here,” Ryan continued.

Bob Paduchik, chair of the Ohio Republican Party, said in a statement that Ryan’s support of radical left-wing policies does not represent the “values of Ohio’s working men and women.”

“Mr. Ryan himself says he is in ‘lockstep’ with progressives on open border policies, supports the job-crushing Green New Deal, and has been a vocal proponent of the Biden-Harris $2 trillion ‘infrastructure’ plan,” Paduchik wrote.

“He can appeal to blue-collar workers, any part of Ohio, and any constituent group,” the former governor said. “He’s eloquent, and he has the ability to express the Democratic message in a compelling way.”

At the end of last month, Trump met the four candidates face-to-face during a fundraiser at his gold club in West Palm Beach, Florida.

All four candidates talked about their support of the former president during the meeting, apparently trying to gain Trump’s endorsement. Trump won Ohio by 8 percent, both in 2016 and 2020.

Gibbons mentioned that he had given six-figure donations to Trump’s campaign through the Republican National Committee in 2016 and 2020. Moreno said his daughter worked for Trump’s 2020 campaign. The Epoch Times verified the details with two people close to the attendees.

In official campaign statements, Timken and Mandel said they were running to fight for Trump’s agenda in Washington.

The Associated Press and Ivan Pentchoukov contributed to this report.