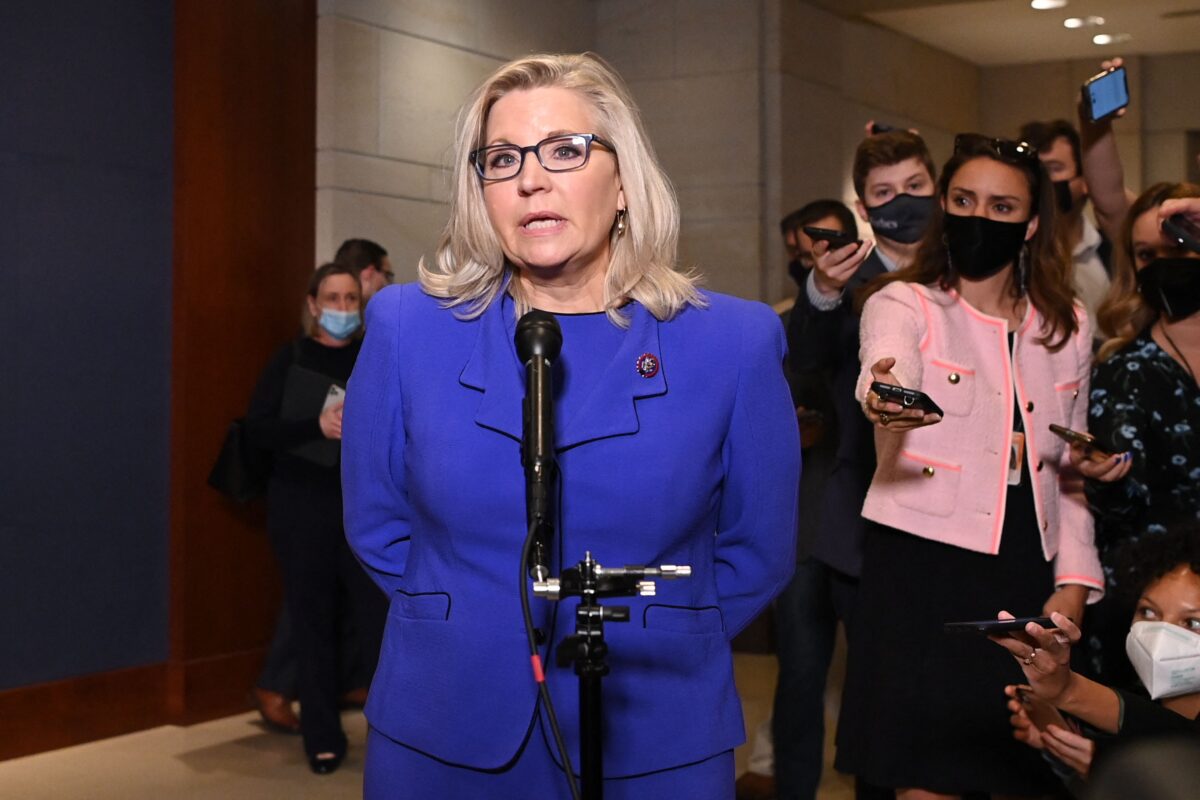 Rep. Liz Cheney (R-Wyo.), after she was ousted from her House Republican leadership position, said Thursday that she won’t leave the GOP and did not rule out running for president.

In an interview with “Today,” Cheney, now the former House Republican Conference chair, was asked several times about whether she wants to run for president in 2024 to prevent former President Donald Trump from winning the presidency again.

“I’m going do everything that I can—both to make sure that that never happens, but also to make sure that the Republican Party gets back to substance and policy,” Cheney said, adding that she will “absolutely” again run for Wyoming’s lone House seat in 2022. Cheney, the daughter of former Vice President Dick Cheney, also said that she will not leave the Republican Party.

House Republicans in a Wednesday morning voice vote stripped Cheney of her position following her repeated public criticism of Trump and his post-Nov. 3 claims about the election.

Around the same time as the vote, Rep. Elise Stefanik (R-N.Y.)—who was backed by Trump and House Republican leaders—announced she would vie for the chair position.

House Minority Leader Kevin McCarthy (R-Calif.), in a letter to House Republicans, said he was holding the vote for Cheney’s former seat because members were concerned about her messaging ahead of the midterm elections, suggesting that the Wyoming congresswoman was becoming an increasingly divisive figure within the party.

“It had been my hope that our driving focus would be taking back the House in 2022 and implementing our Commitment to America,” McCarthy said in a letter on May 10 to House Republicans. “Despite the mainstream media working overtime against us, I believe we still have a great chance to do so. Unfortunately, each day spent relitigating the past is one day less we have to seize the future.”

McCarthy, citing concerns from House GOP members, wrote that “we need to make a change.”

And while Cheney alleged that Republicans need to separate themselves from Trump’s embrace, the former commander-in-chief still enjoys significant support among the GOP voter base as more than 75 million voted for him during the 2020 election.

Few House Republicans have come to Cheney’s defense in recent days, although some Republican senators—namely those who voted to convict Trump during his second impeachment trial—suggested on Wednesday and Thursday that it was unfortunate Cheney was ousted.

Sen. Susan Collins (R-Maine) told reporters, “I have said that I believe Liz Cheney is an honorable, courageous individual who did what she thinks is right, but it’s up to the House to choose its own leaders, it’s not up to senators.”

And Senate Minority Whip John Thune (R-S.D.), who did not vote to convict Trump, also told reporters, “I hope that Republicans will continue to be the party that values free speech and doesn’t give in to groupthink.”