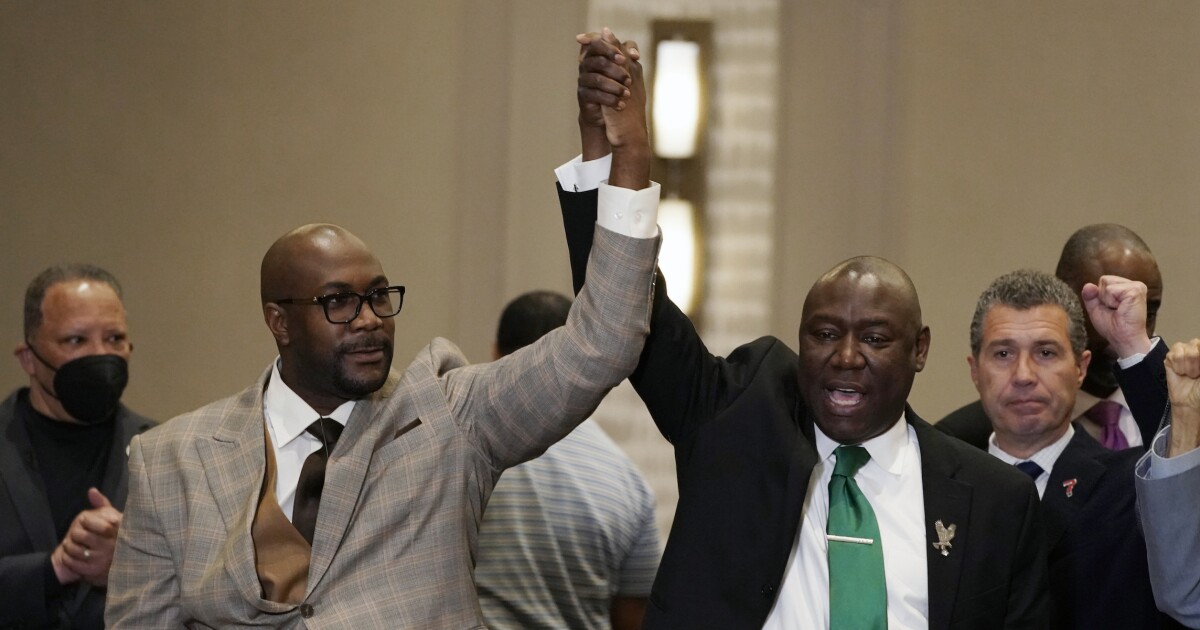 The former officer was convicted last month of second-degree unintentional murder, which could result in up to 40 years in prison, as well as third-degree murder and second-degree manslaughter. However, Minnesota law only allows for him to be sentenced for the most serious crime of which he was found guilty: second-degree murder.

Legal experts have commented that they do not think Chauvin will be given the full 40-year sentence, as someone charged with unintentional murder with no previous criminal record, such as Chauvin, would typically receive 12.5 years in prison.

Minnesota sentencing guidelines advise a judge to sentence someone convicted of unintentional murder between 10 years and eight months to 15 years. Exceeding this advisory limit would require Judge Peter Cahill to determine there were “aggravating factors” found in the case.

Prosecutors, led by Minnesota Attorney General Keith Ellison, are claiming such factors exist in the case to qualify a tougher sentence.

In the new court filing, Ellison claimed Floyd was a “particularly vulnerable victim” at the time of his death and said he was “treated with particular cruelty” by Chauvin, who knelt on Floyd’s neck for more than nine minutes.

“Defendant continued to kneel on Mr. Floyd’s neck and upper back even after Mr. Floyd said he could not breathe 27 times, for almost four minutes after he became nonresponsive, and for approximately three minutes after officers knew that he had no pulse,” prosecutors wrote.

“Defendant thus did not just inflict physical pain. He caused Mr. Floyd psychological distress during the final moments of his life, leaving Mr. Floyd helpless as he squeezed the last vestiges of life out of Mr. Floyd’s body,” they added.

The state prosecutors pointed to details from the case that Floyd pleaded he could not breathe, and Chauvin did not perform CPR in an effort to resuscitate him. The legal team also said the officer’s actions were done in front of a crowd of people, several of whom were children.

The prosecution did not specify in the court documents what sentence they were seeking for Chauvin.

Defense attorney Eric Nelson defended his client’s actions, claiming the arrest was lawful, and Floyd’s size and struggle caused the officers to restrain him. The defense noted the officers did call for medical attention and argued the crowd could have walked away at any time.

“The assault of Mr. Floyd occurred in the course of a very short time, involved no threats or taunting, such as putting a gun to his head and pulling the trigger … and ended when EMS finally responded to officers’ calls,” Nelson said.