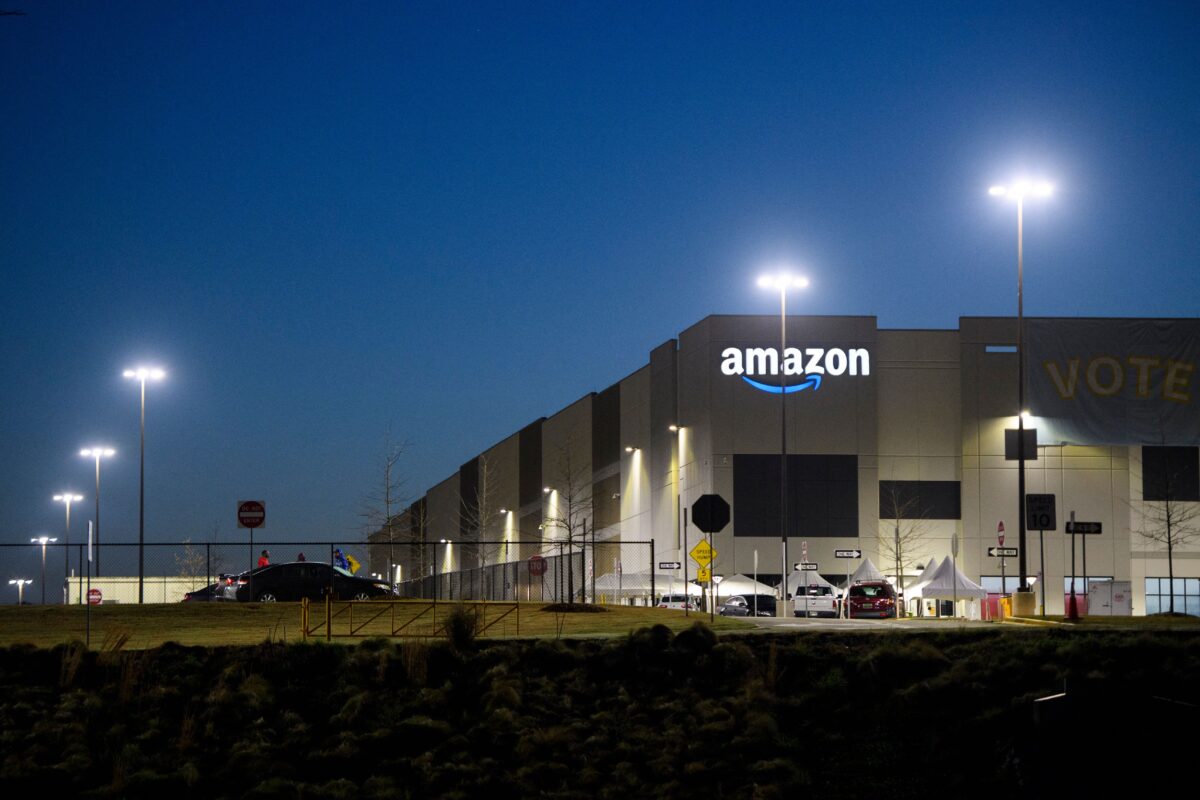 More than 70 percent of the employees of Amazon’s Bessemer, Alabama, facility voted against joining a union, but that’s not the last word by far, especially if the Democrats’ PRO Act becomes law.

A total of 3,215 employees of the Amazon warehouse’s 5,800 employees cast mail-in ballots in the April 9 election, with 1,798 or 70.9 percent of them voting against unionizing under the banner of the Retail, Wholesale and Department Store Union (RWDSU). The union needed 50 percent plus one to win.

The vote was closely watched by political observers as it represented an effort to achieve a union breakthrough in the Big Tech industry that is largely non-union.

Under current law, the National Labor Relations Board (NLRB) could order a new election if the RWDSU files an unfair labor practices charge against Amazon concerning the election.

But under the Protecting the Right to Organize Act (PRO) that passed the House with vigorous support from President Joe Biden and is now before the Senate, the NLRB could unilaterally set the election results aside and impose the union on the Amazon employees regardless of how they voted.

The House voted March 9 for the proposal, with 220 Democrats and five Republicans in favor of it and 205 Republicans and one Democrat opposing it.

The PRO Act vastly expands the power of the NLRB to use its regulatory authority to reinforce organized labor’s efforts to expand its membership after decades of decline.

The proposal would also nullify the 27 state Right-to-Work laws presently on the books and enable unions to collect mandatory dues payments from employees who do not wish to join the trade organization.

Only 6.3 percent of all private sector workers were union members, as of 2020, compared to 18 percent in 1985, according to Department of Labor data.

Referring to the prospect of an NLRB-mandated revote in an April 22 analysis, Capital Research Center Research Director Michael Watson explained the potential impact of the PRO Act:

“This maneuver spotlights one of the worst provisions of the [PRO Act], the massive expansion of union coercive power endorsed by the Biden administration and sitting before the Senate as of writing …

The union’s president, Stuart Applebaum said on election eve that, “Our system is broken. Amazon took full advantage of that, and we will be calling on the labor board to hold Amazon accountable for its illegal and egregious behavior during the campaign.”

As promised, the union filed 23 objections April 16, claiming Amazon’s actions “prevented a free and uncoerced exercise of choice by the employees.”

Among the objections were the union’s claim that Amazon:

An Amazon spokesman denied the union’s accusations, saying, “The fact is that less than 16 percent of employees … voted to join a union. Rather than accepting these employees’ choice, the union seems determined to continue misrepresenting the facts in order to drive its own agenda. We look forward to the next steps in the legal process.”

“When you look at the metrics around that election, it’s fascinating. I mean, you had 5,800 people who were eligible to vote for unionization and of that 5,800, 12.7 percent voted for unionization,” Mix said.

“That 12.7 percent comes after a national, an international, campaign by union officials trying to convince the world that these workers were so overwhelmed and so abused that there was no other way than unionization,” Mix continued.

Mix said union efforts prompted discussion of the alleged plight of the Alabama Amazon workers across the nation and in Europe, and he pointed to Biden’s “craftily worded video, a craftily acted video, that basically was saying you’ve got to vote for a union at Amazon in Bessemer, Alabama.”

Mix said he expects union advocates now to use the Bessemer outcome as evidence for the PRO Act as the Senate considers the proposal.

“Now the narrative is that they have moved on from the vote results and the only way this could have happened is if there was abuse of the workers, so they are now going to launch a campaign that says the defeat at Bessemer is why we need the PRO Act,” Mix observed.