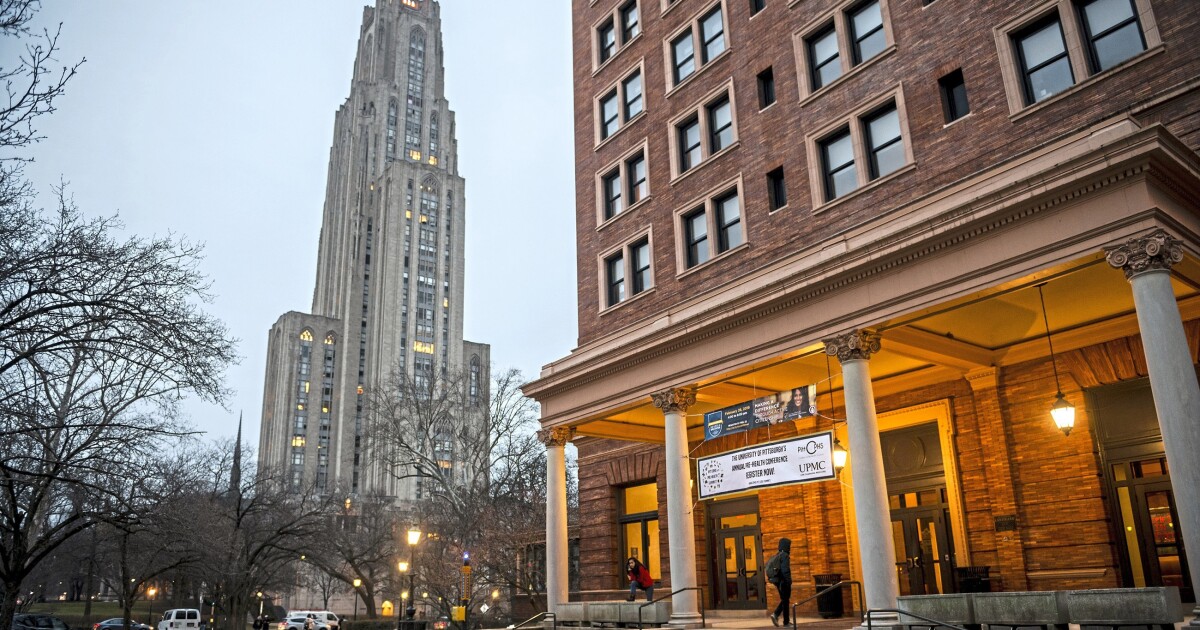 PITTSBURGH — National politicians have used this city in the past two decades as either a visual prop or an alliteration. They come here, to a city many people associate with the working class, either to make a political point or to give themselves some much-needed working-class street cred.

A few short months into his job as president, Barack Obama decided that Pittsburgh would be a lovely setting for the G-20 meetings of leaders of the world’s largest economies. The discussion would be about how the city was becoming a hub of green technology and high-tech innovation — and less about the working class.

When former President Donald Trump said that he was elected to represent the citizens of Pittsburgh and not Paris, his alliteration was lost in translation. Activists and reporters turned it into a story of how he hadn't won the city’s vote in the previous year's presidential election.

Joe Biden began his campaign for president here surrounded by city firefighters. He held his first visit here after winning the nomination, and he held his last campaign event here on the night before the election.

He also mentioned the city in his joint address to Congress on Wednesday.

While Pittsburgh gets plenty of attention as a backdrop, an emblem of Middle America, little heed is ever paid to the city's own politics.

Why, for example, do so few people show up to vote for mayor? Is that why mayors in this city tend to hold the office for life or until they get a better offer? And why hasn’t a Republican candidate for mayor earned more than 30% of the vote in nearly 100 years?

Bill Peduto has held the mayor’s office since he first won it in 2013. He won again in 2017. Mayoral races are won and lost in the May primaries, which are closed. This traditionally means that an incumbent mayor will get a couple of Democratic challengers but ultimately win, in part because of money, in part because of patronage, and in part out of fear of going against the status quo.

It is rare for a Republican to mount a November face-to-face challenge.

In his last primary contest in 2017, Peduto won by earning 27,000 votes. In the November general election, he had no opposition but won by earning 40,540 votes — an embarrassingly low number of people to show up for arguably the most consequential elected leader for a city of over 300,000.

Later this month, Peduto is up for his third term in office. This year has been a tough one for him. He struggled to placate Black Lives Matter protesters and to mollify those complaining about the city's rapid gentrification. He also had to shake off a perception that he grants favors to certain high-end neighborhoods over those inhabited by the working class.

Those weaknesses have led to a division rarely seen within the Service Employees International Union. Its healthcare workers have jumped ship and are endorsing Peduto's rival, state Rep. Ed Gainey. The SEIU local representing custodians and security workers is backing the mayor.

Peduto tends to dive into polarizing speeches about politics rather than call for good management. Politicians often miss that not everything in good governing is about politics or about them or about scoring points for one's own side.

Peduto faces two Democratic challengers in the race: Gainey, a skilled politician in his own right who is running to the left of Peduto and is gaining strength in the black and liberal, white, upper-middle-class neighborhoods of the city, and Tony Moreno, a military veteran and retired city police officer who is gaining traction in the middle-class wards of the city.

Each man’s challenge represents the divisions within not just the Democratic Party but also within the city itself.

It has been nearly 100 years since the last incumbent mayor lost, and it's been 40 years since an independent beat the Democratic nominee in the city. (At the time, Richard Caliguiri was a member of City Council and a Democrat who promised then-Democratic nominee Tom Foerster he would not run in the Democratic primary. However, he never technically promised him he would not run as an independent, and he went on to win and lead the city in its second renaissance.)

By the end of this month, Pittsburgh will have decided. We’ll soon know whether Gainey and Moreno are just chasing windmills or whether the status quo is really losing its luster.