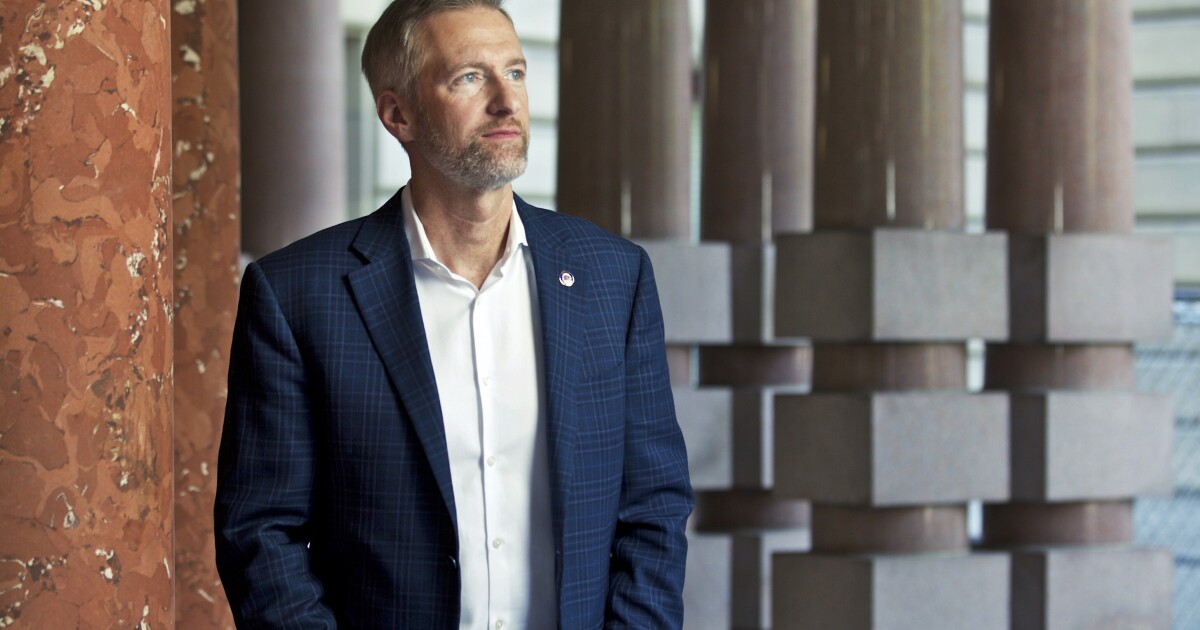 More budget cuts will be in store for the Portland Police Bureau if a $5.7 billion budget proposed by Portland Mayor Ted Wheeler passes the city council.

Since his reelection last fall, Wheeler has come under fire from all sides of the political spectrum as the city contends with upticks in vandalism and violence.

This month, vandals set fire to the Portland Police Association building and vandalized a local history museum in response to the killings of Daunte Wright by Minnesota police and homeless Portlander Robert Delgado by the PPB. In lieu of solutions from the federal courts, business owners and residents have blamed Wheeler for failing to quell the unrest and escalating tensions after calling for residents to help the city “unmask” vandals this month.

On Thursday, Wheeler unveiled a proposed 1.4% cut to the PPB's $229 million budget. That cut would make 93 officer vacancies at the PPB permanent. Activists have called for at least a 50% cut to the PPB and to spend the extra money on mental health and social services.

Wheeler's plan would still have the PPB add 30 more officers over the next two years and 22 unarmed community safety officers to respond to low priority calls.

Last June, the Portland City Council approved a 10% cut of $27 million to the PPB's budget and voted down an 8% cut of $18 million before election night.

Portland City Commissioner Jo Ann Hardesty, who has pushed for deep cuts to the PPB, tweeted on Thursday that she looks forward to working with Wheeler on the budget.

“A value I hold dearest as an elected official is that our budget is a moral document,” Hardesty said. “I will be analyzing the budget through a lens of ensuring the primary focus is on people and stabilizing our most vulnerable community members.”

Daryl Turner, executive director of the Portland Police Association, was frank in his response to Mayor Wheeler's proposal.

“The defunding of the Portland Police Bureau and the current budget proposal is like trying to run a Cadillac with a Volkswagen engine,” he told The Center Square Friday afternoon.

Over the past decade, the PPB's budget has nearly doubled though it has seen an increase in crime during that period.

The PPB would be among two bureaus in the city to see any cuts under the $5.7 billion budget Wheeler has hailed as a “bridge” through the pandemic.

“It marks the beginning of what I believe will be a year of recovery,” Wheeler said in a statement. “My proposal is designed to create a bridge through the challenging circumstances caused by COVID to the economic and community recovery we forecast over the next few years.”

Under Wheeler's plan, the Bureau of Emergency Management would see a cut of $70,000. Every other city bureau would see their budgets grow.

The city Housing Bureau would see its account grow from $151 million to $235 million. Portland parks would see their budget shoot up from $7.2 million to $12 million.

Under Wheeler's plan, citywide spending would be capped at $3.7 billion, down from $3.8 billion included in Portland's COVID-revised budget. The rest would be diverted into various city accounts.

Other highlights of Wheeler's budget include millions more for homeless shelters, cleanup, and small business grants. The city's Housing Bureau and Joint Office of Homeless Services receive $8.6 million. Another $2 million would go to homeless shelters, and $300,000 would pay for hiring homeless persons to pick up garbage at $20 an hour.

The Portland City Council will hold its first virtual hearing on the city budget on May 5 at 6 p.m. The five-member council will vote on the budget by mid-June.