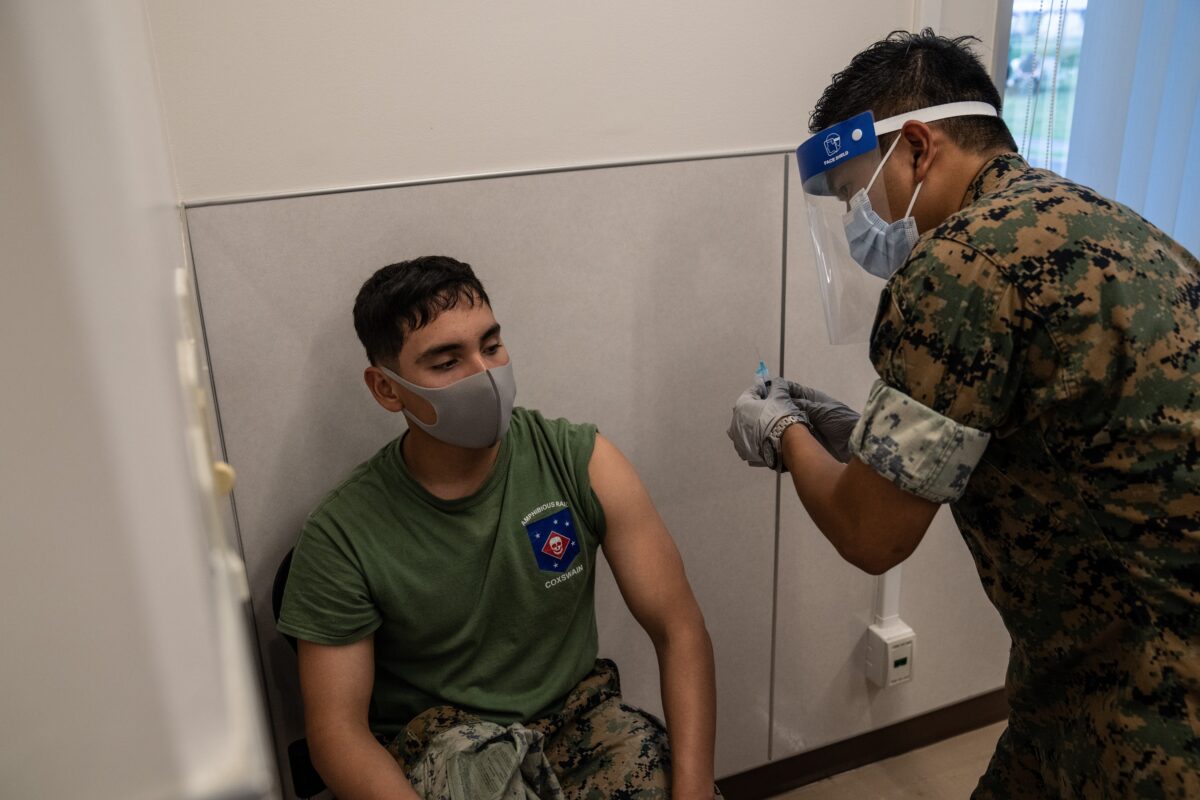 The Food and Drug Administration’s approval Monday of the Pfizer-BioNTech COVID-19 vaccine set off a new round of vaccine mandates.

The approval triggered the military making the shot mandatory, John Kirby, the Department of Defense’s spokesman, told reporters in Washington.

“We’re going to move forward making that vaccine mandatory. We’re preparing the guidance to the force right now,” he said during a press briefing.

The mandate was announced last month but was put off because no vaccine had been approved by drug regulators.

Military officials have not yet determined by what date service members will have to be vaccinated.

New York City officials also announced shortly after the approval was made public that all school staffers, including principals and custodians, must get at least one COVID-19 vaccine dose by Sept. 27.

Workers can choose not to get vaccinated but if they do, they must get tested for COVID-19 on a weekly basis.

“We know this is going to help ensure that everyone is safe,” Mayor Bill de Blasio said at City Hall in Manhattan.

Bargaining would start immediately with labor unions on the mandate, he added.

Michael Mulgrew, president of the United Federation of Teachers (UFT), the largest labor union in the city, said in a statement that most teachers are already vaccinated. “While the city is asserting its legal authority to establish this mandate, there are many implementation details, including provisions for medical exceptions, that by law must be negotiated with the UFT and other unions, and if necessary, resolved by arbitration,” he said in a statement.

A number of cities, schools, and businesses have already imposed vaccine mandates, but others had indicated a reluctance to do so until one or more of the shots were approved.

“You get the FDA to say it’s final, it’s approved, and I can guarantee you all the places I’m involved in, if you don’t get vaccinated you will get fired,” Ken Langone, a billionaire who co-founded Home Depot, said on CNBC’s “Squawk Box” last month. Mandating the shots prior to approval risked litigation, he added.

Regulators say drugs must meet a higher efficacy and safety bar to get approved versus receiving emergency use authorization, which three vaccines got months ago.

Health officials have said approval of a vaccine would lead to more mandates.

Zachary Stieber covers U.S. news, including politics and court cases. He started at The Epoch Times as a New York City metro reporter.