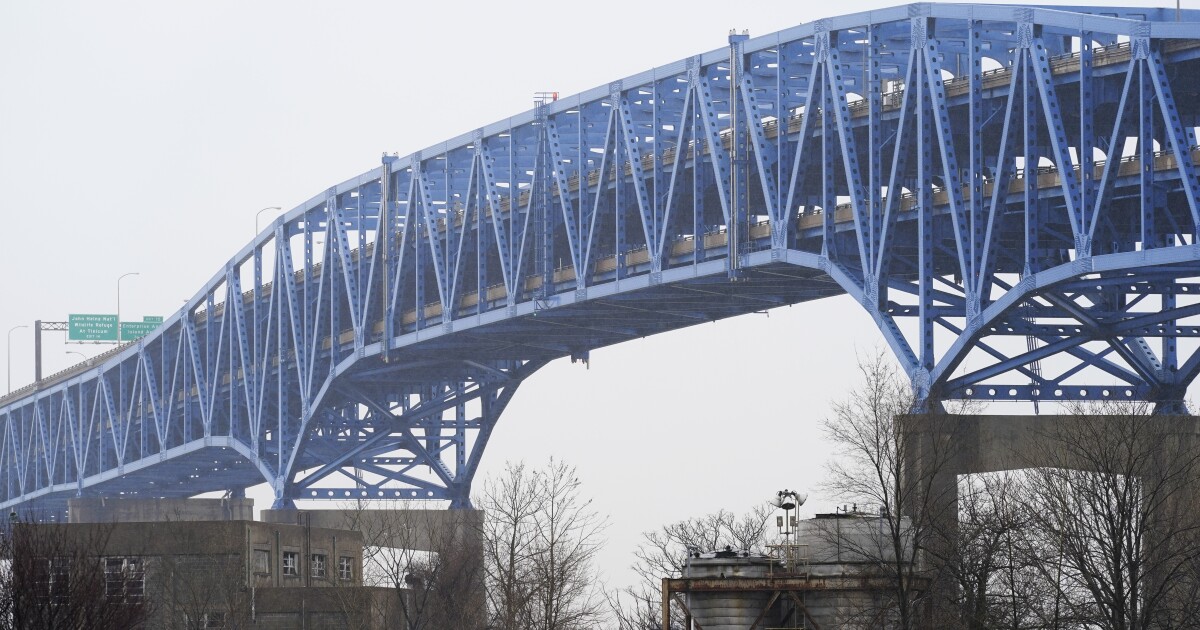 PennDOT Secretary Yassmin Gramian told the Senate Appropriations Committee on Thursday that the tolls will remain in effect for the length of the contract the state enters into with the private developer responsible for replacing and maintaining the structures as part of the agency’s Pathways Major Bridge P3 Initiative.

“This is not a permanent tax,” she said during an exchange with Sen. Devlin Robinson, R-Bridgeville. “This is not a tax. This is a user fee. People are paying for what they are using. I know you don’t agree with me, but this is the reality.”

Robinson theorized that the $2.2 billion estimated cost to replace the bridges could be generated through tolls in about seven years. Gramian again reiterated that “the tolls go away after the life of the agreement goes away” – which could last upward of 10 or 15 years.

It was just one of several tense exchanges the committee shared with Gramian as members probed for details about the plan, one of multiple public-private partnerships that emerged out of Act 88 of 2012. The law authorizes a P3 board to help leverage transportation investment and, so far, has executed more than 500 rapid bridge replacements across the state.

This time, however, the board’s decision to include user fees, or tolls, as part of the development has generated widespread opposition and spawned legislation from Senate Transportation Committee Chairman Wayne Langerholc Jr., R-Johnstown, to stop it from proceeding. The Senate approved the measure, Senate Bill 382, on Tuesday with a vote of 28-19.

Langerholc said Thursday he understands the intention behind the board’s plan and doesn’t deny the dire funding situation in which the state finds itself. PennDOT remains about $8.1 billion short of the money necessary to maintain and repair 40,000 roads and 24,500 bridges. The gap will widen to $14.5 billion over the next decade without action.

The 2013 law, Act 89, that restructured the gas tax to raise more revenue for road and bridge repair hasn’t kept up with demand, either. Gramian said the pandemic’s impact on traveling reduced the agency’s revenues by $533 million.

About 74% of funding for transportation projects comes from the state's gas tax revenue, according to PennDOT.

Estimates from Associated Pennsylvania Constructors suggest that more than $15 billion in gas tax revenues over the last 20 years have been siphoned into the general fund to support expenses “not related to highway improvement,” compounding the issue further.

Langerholc said despite the well-known challenges, PennDOT’s communication about the plan’s details, or lack thereof, leaves him uneasy.

“Because right now it feels like us in the General Assembly have written you a blank check and we don’t know what’s going to happen down the road,” he added.

Gramian said PennDOT made its intentions clear in November when the P3 board voted on the resolution that launched the tolling initiative. She referred to several conversations with lawmakers about the idea throughout 2020, noting that PennDOT informed lawmakers it intended to delve into the concept as early as February 2020.

“It was not a secret,” she said. “It was obvious that we were going to look into it and we were hit by Covid and then it was paused.”

Majority Chairman Pat Browne, R-Allentown, who was among the senators Gramian said she spoke to about the plan, criticized her response to Langerholc’s comments as too “cavalier,” given the dramatic impact tolling would have on resident’s “daily affairs.”

“His concerns are very valid,” he said. “I really believe, at this point in time, that PennDOT in this unprecedented time has not put together a solid platform for defending the tolling initiative that you are doing. There are a lot more questions or answers.”