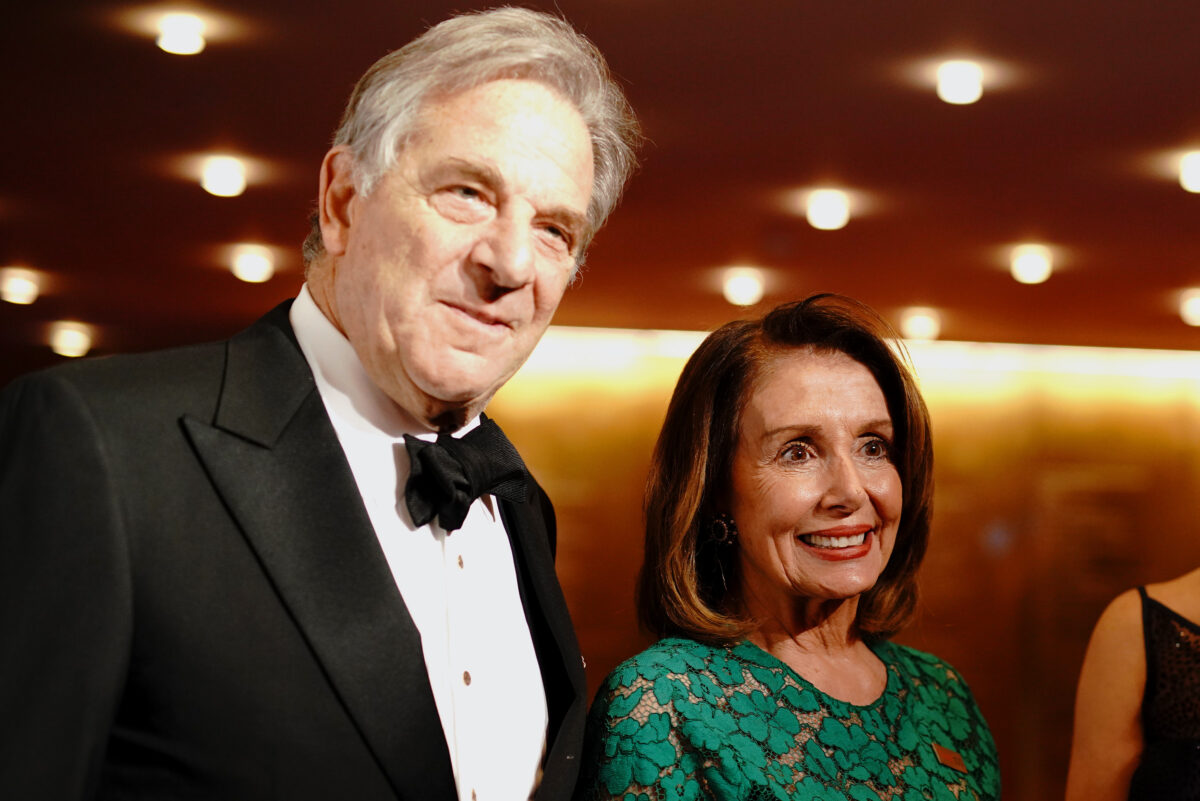 House Speaker Nancy Pelosi’s (D-Calif.) husband bought up to $11 million worth of Big Tech stocks stocks in May and June, according to a financial disclosure form filed July 2 and signed by the Democratic leader.

Paul Pelosi, who owns and operates a San Francisco-based real estate and consulting firm, bought 4,000 shares of Alphabet on June 18 at a strike price of $1,200, according to the report.

He made an initial $4.8 million gain from Alphabet’s rising share price, which has since grown to $5.3 million, Bloomberg reported.

Prior to that, on May 21, Pelosi purchased up to $1 million worth of call options in Amazon, along with up to $250,000 in call options on Apple.

The businessman bought the stock by exercising a call option; a contract between a buyer and a seller to purchase a certain stock, bond, commodity or other asset at a certain price up until a defined expiration date.

Call options are typically used if the trader expects the price of the underlying to rise within a certain time frame, suggesting that Pelosi’s husband expects Amazon and Apple to continue their gains.

Pelosi’s wife and the House of Representatives are currently working on anti-trust legislation designed to rein in Big Tech companies’ control over the public discourse and end their practices that have resulted in the infringement on the free speech of Americans.

The bills include one aimed at prohibiting the largest online platforms from engaging in mergers that would eliminate competitors. Another would allow the Federal Trade Commission and the Department of Justice to take action to prevent dominant online platforms from leveraging their monopoly power to distort or destroy competition in markets that rely on that platform.

Pelosi told reporters last month that there was concern among both Democrats and Republicans about the tech giants.

Amid the ongoing battle against Big Tech, the Pentagon on Tuesday also announced it would not be going through with a multibillion-dollar cloud computing project that was awarded to Microsoft.

The agency said it canceled the Joint Enterprise Defense Infrastructure (JEDI) project and now had initiated the termination of its contract with Microsoft, because “the contract no longer meets its needs.”

The Pentagon said the new contract, known as Joint Warfighter Cloud Capability or JWCC, would be “multi-vendor” and “multi-cloud” and that it intends to seek proposals from a limited number of sources, namely the Microsoft Corporation (Microsoft) and Amazon Web Services (AWS), as these are the only contenders “capable of meeting the Department’s requirements.”

The Epoch Times has contacted Nancy Pelosi’s spokesperson for comment.