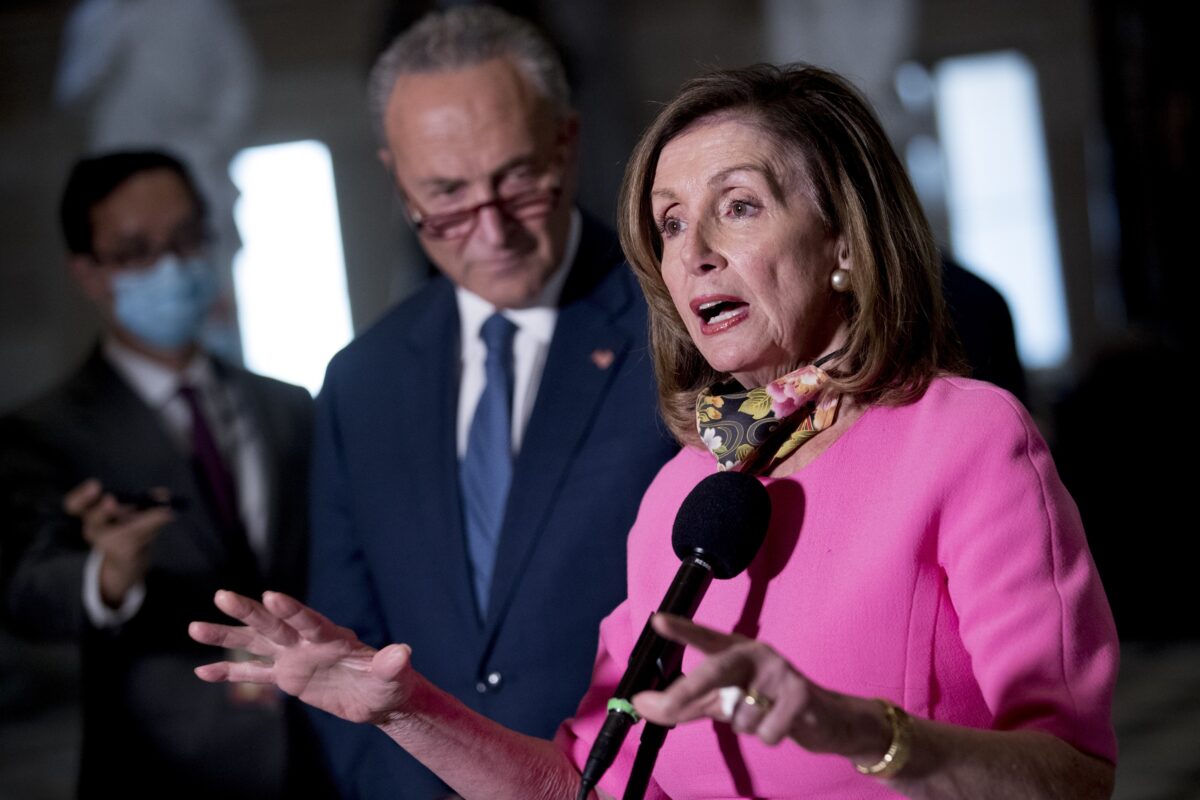 Top Democrats on Wednesday came to the defense of Rep. Liz Cheney (R-Wyo.) after she was voted out of her leadership position by House Republicans.

“Congresswoman Liz Cheney is a leader of great courage, patriotism, and integrity. Today, House Republicans declared that those values are unwelcome in the Republican party,” said House Speaker Nancy Pelosi (D-Calif.) in a statement. “For the sake of our democracy, reasonable Republicans across the country must take back their party,” she continued.

Meanwhile, Senate Majority Leader Chuck Schumer (D-N.Y.), speaking from the Senate floor, said he and Cheney, the daughter of former Vice President Dick Cheney, disagreed on policy but said her ouster is a “dark moment” for the GOP while claiming she “had the courage to tell the truth.”

Both Schumer and Pelosi praised Cheney’s recent comments that were critical of former President Donald Trump and his post-Nov. 3 election claims. Cheney continued to criticize Trump on Wednesday morning even after she was voted out as chair of the House Republican Conference, the No. 3 position among House Republicans, and said she would work to prevent Trump from becoming president again if he decides to run.

But House Republican leadership said Cheney was not ousted because of her vote to impeach Trump. They instead said she was increasingly going off-message and said the GOP needs a unified voice within the party ahead of the 2022 midterm elections.

McCarthy, in an explanation to House Republicans this week, wrote that it’s now not the time “to take our eye off the ball” ahead of the midterms, saying that “these internal conflicts need to be resolved so as to not detract from the efforts of our collective team.”

“Having heard from so many of you in recent days, it’s clear that we need to make a change,” the House GOP leader said. “As such, you should anticipate a vote on recalling the Conference Chair this Wednesday.”

It also comes as Democrats in the Senate are pushing their For the People Act, which would significantly overhaul the U.S. election system amid dozens of GOP-backed election-related bills being pushed in state legislatures that are designed to curb mail-in-balloting and drop-boxes.

On Wednesday, Senate Majority Leader Mitch McConnell (R-Ky.) said on the floor that Democrats’ election bill is tantamount to a “one-party takeover.”

“It will shatter public confidence in our democracy if the Democratic Party decides it can rig the rules,” McConnell added.