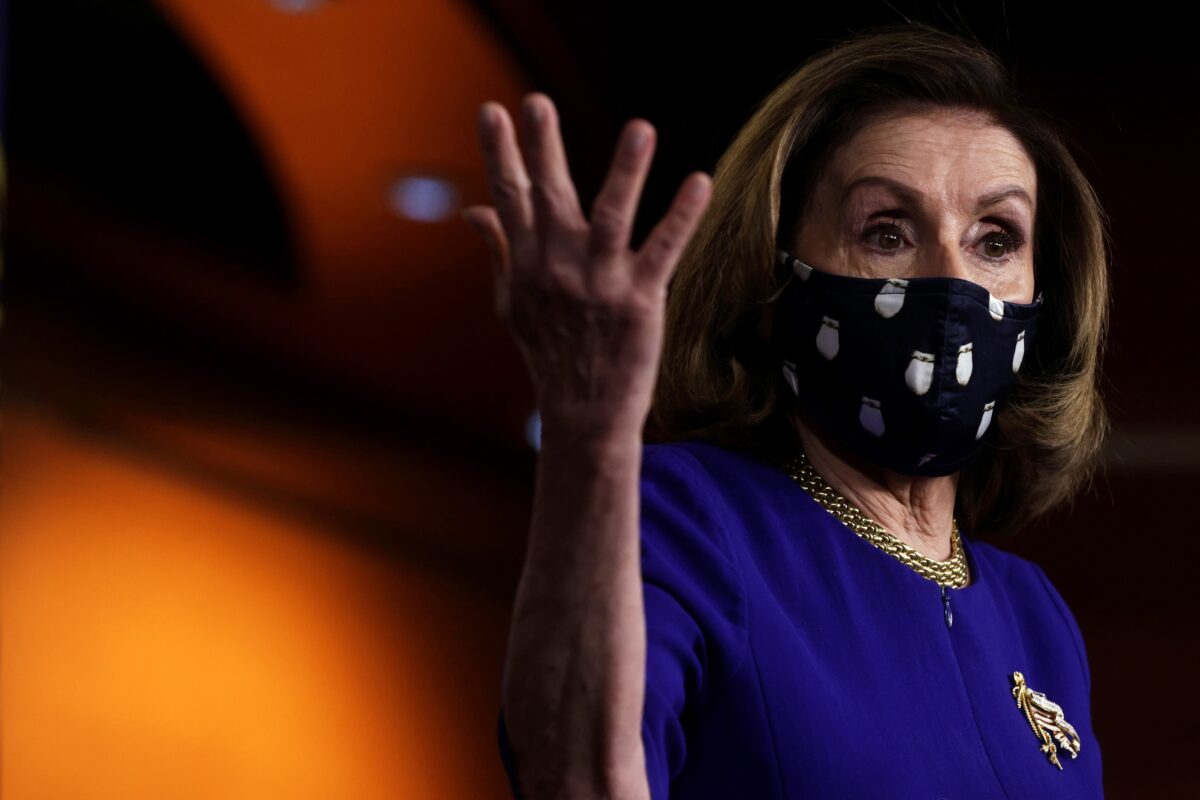 Expanding the Supreme Court could happen but should be studied first, House Speaker Nancy Pelosi (D-Calif.) said on Thursday.

A group of House Democrats were expected to announce a bill later in the day that would expand the nation’s top court from nine seats to 13, with members upset that six of the current members were nominated by Republican presidents, including three Trump appointees.

Asked if she would commit to bringing the bill to a vote, Pelosi said, “no.”

“I support the president’s commission to study such a proposal but frankly, I’m not—right now we’re back, our members, our committees are working, we’re putting the infrastructure bill and the rest [together],” she told reporters in Washington during her weekly press conference.

Still, Pelosi is not ruling out expansion of the court, noting that it has been done before.

“I don’t know that that’s a good idea or a bad idea. I think it’s an idea that should be considered, and I think the president’s taking the right approach to have a commission to study such a thing,” she said.

The commission, which will have up to 36 members appointed by the president, will produce a report that includes information about the role of the Supreme Court and an analysis of core arguments for and against expansion.

Biden while a senator called the idea of court packing “boneheaded” but has recently expressed openness to doing so.

Breyer told Harvard University Law School last week that such a move would only serve to erode the trust the public has in the court, which is meant to be independent of political influence.