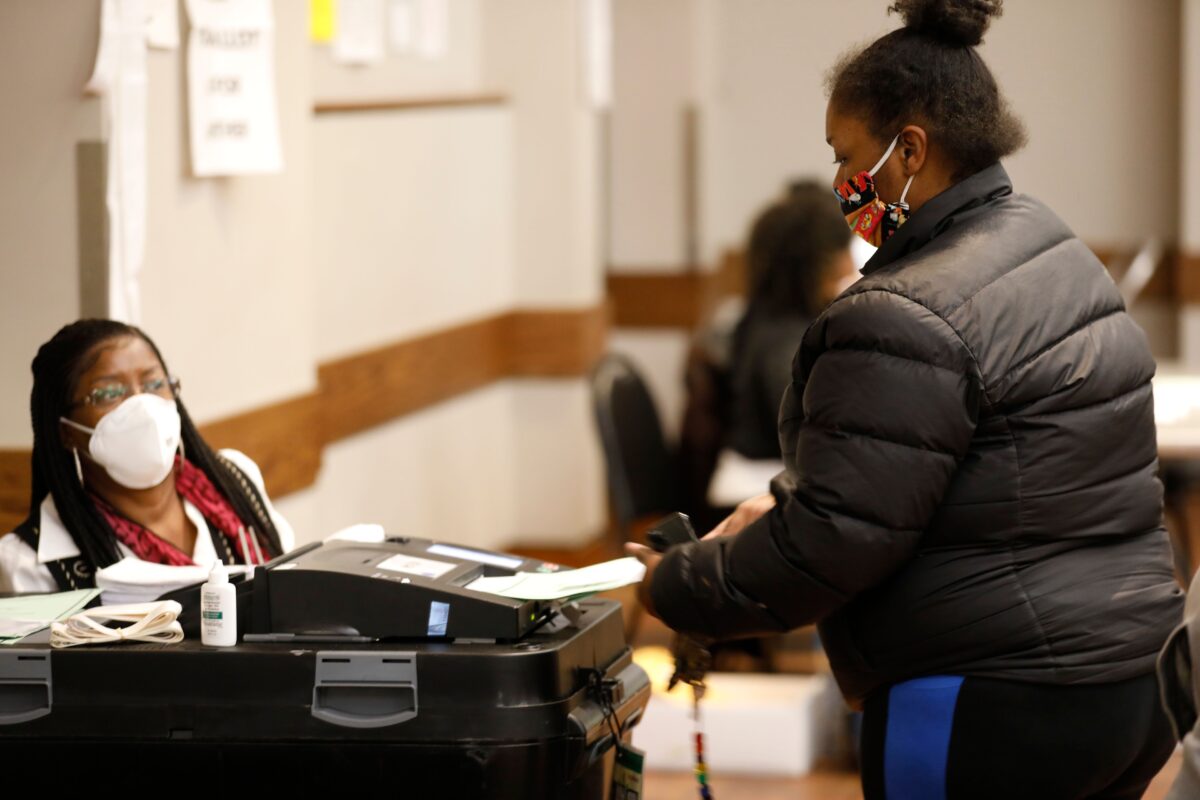 The group, Look Ahead America, said that the Stark County Board of Elections “was not transparent” in its decision to purchase voting machines made by Dominion Voting Systems, adding that its process in making the decision was not “open to the public.”

“Right before voting on the contract with Dominion,” Look Ahead America’s Matt Braynard said in a news release on Tuesday, “the board excluded the public for 18 minutes from their discussion and deliberations. Nothing necessitated the public’s exclusion.”

Braynard contended that Stark County “continued to exclude the public when discussing the contract” with the Denver-based voting machine manufacturer.

As a result, according to Braynard, Stark County’s Board of Elections violated Ohio’s Open Meetings Act by not allowing the public’s participation in the meeting.

In December, the board voted to move ahead with a $1.5 million purchase of new machines manufactured by Dominion Voting Systems, saying that it reviewed and rejected post-Nov. 3 election allegations against the company’s machines. Members of the elections board argued it followed state law in voting to adopt the Dominion machines.

But Braynard contended that for months after the decision, Stark County “continued to exclude the public when discussing the contract with Dominion.”

“That’s not consistent with both the letter and spirit of Ohio’s Open Meetings Act and we are going to get justice for the residents of Stark County Ohio,” Braynard remarked. “Further, we are determined to ensure that any voting equipment purchased relies on open source software and hardware. This will restore trust, lower election costs, and create home state jobs for Clark County elections.

Earlier this month, the Stark County elections board sued the state of Ohio to force the county to buy the machines based on the elections board recommendation. Without such action, the board claimed, the machines won’t be available in time for the general election in November.

Without new voting machines, the suit said, “The Board of Elections will have to continue to use its old machines that break down more often and are becoming increasingly expensive to fix as replacement parts are harder to obtain; this will cost more of the Stark County taxpayers’ dollars.”

The Epoch Times has contacted Stark County and Dominion for comment.

According to Look Ahead America’s website, it’s a group that was “created by over thirty former Trump for President campaign staffers.” Braynard, meanwhile, was the former director of Data and Strategy for former President Donald Trump’s successful 2016 campaign.