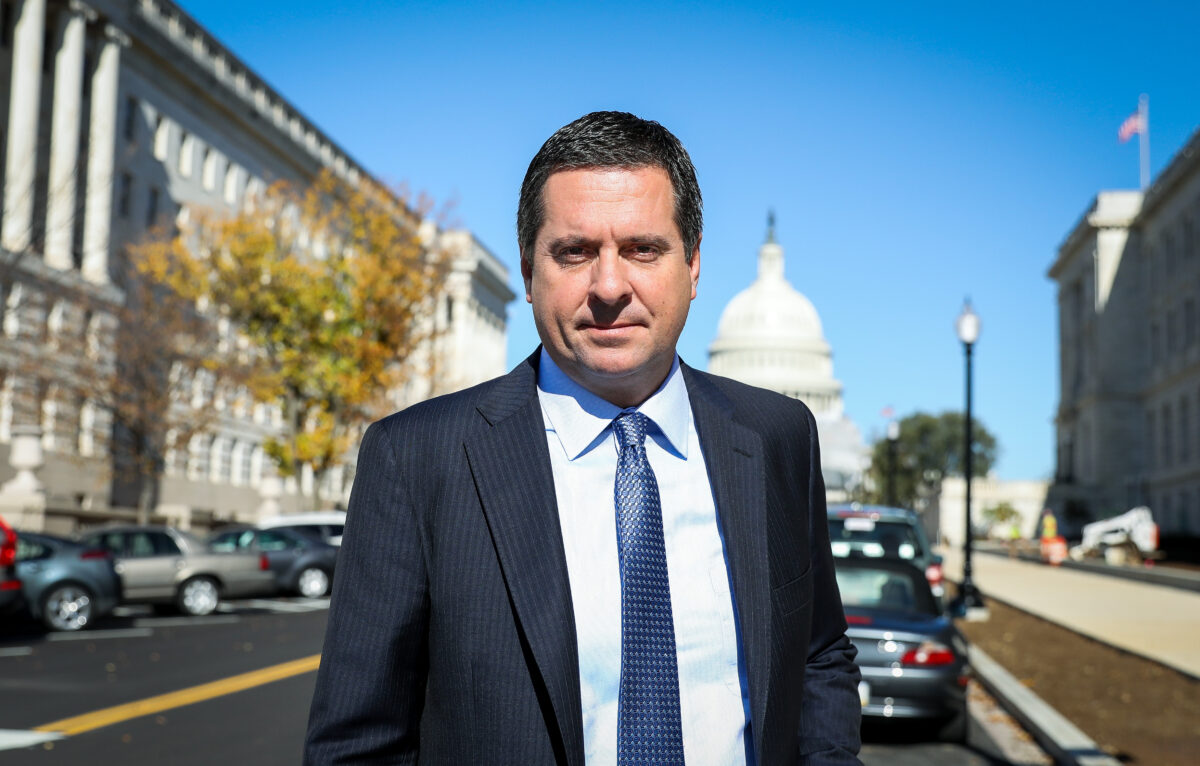 House Intelligence Committee Ranking Member Devin Nunes (R-Calif.) urged President Joe Biden on May 16 to order a whole-of-government investigation into the origins of the CCP virus.

According to a letter from Nunes to the commander-in-chief (pdf), Republicans on the House Intelligence Committee are concerned by circumstantial evidence that the virus could have leaked from a research lab in Wuhan, China, which had received millions in funding from the U.S. government.

“During the course of our investigation, which is ongoing, we have identified substantial circumstantial evidence supporting the theory that a laboratory leak could have been responsible for the origination of COVID-19,” Nunes wrote.

“It is critical that this possibility be thoroughly examined, particularly in light of the Chinese government’s obstruction of multilateral bio-forensic investigations and its destruction of important evidence.”

In explaining why an investigation is necessary, Nunes pointed to the words of Biden’s Secretary of State Anthony Blinken, who said, “We need to understand what happened if we are going to have the best possible opportunity to prevent it from happening again, and to make sure we can put in place an even stronger global health security system, to make sure that we can prevent, detect, [and] mitigate future pandemics.”

Nunes also sent a separate and different letter (pdf) to Director of National Intelligence Avril Haines, flagging shortcomings related to U.S. intelligence related to the CCP (Chinese Communist Party) virus, commonly known as the novel coronavirus. The California congressman said he is aware of allegations that the intelligence community (IC) suppressed dissenting views on the topic of the CCP virus’s origin “and that the community relied upon ‘outside’ experts with concerning yet undisclosed entanglements.”

“As Members of Congress responsible for overseeing U.S. intelligence agencies, we believe the IC failed to properly support policymakers with timely products and analysis,” Nunes wrote, speaking on behalf of the Republicans on the House Intelligence Committee.

“Further, the IC has not been forthcoming about what processes it undertook to make seemingly authoritative statements early in the pandemic about the origins of the virus—conclusions that are now in question. This casts doubt on the validity of early judgments as well as the analytic integrity of COVID-19-related intelligence reporting.”

COVID-19 is the disease caused by the CCP virus.

The letter to Haines, copies of which were sent to the heads of 11 intelligence agencies, includes an extensive list of questions and document requests, including for copies of intelligence reports on the origins of the pandemic which had not yet been produced to the committee.

On April 15, Haines said that the intelligence community considers a lab accident to be one of two plausible scenarios for the origins of the virus.