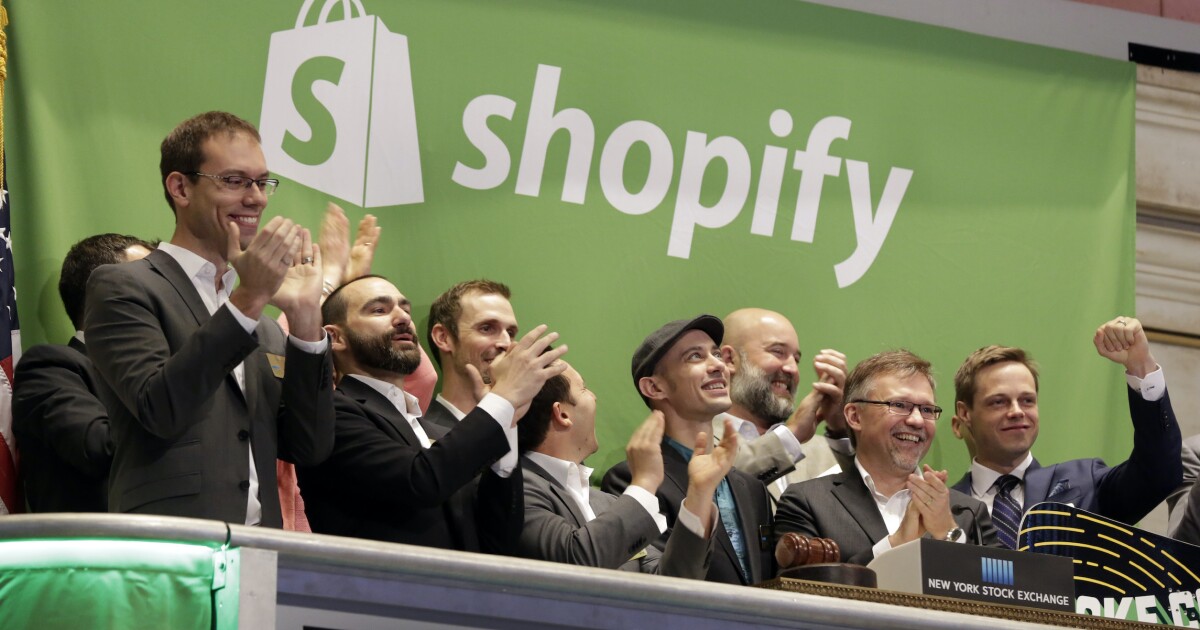 Shopify’s CEO is pushing back on the notion that his company should be at the forefront of corporate activism and reminded employees of their role at the business.

Tobias Lutke, CEO of the Canada-based e-commerce giant, sent an email to staff about workplace culture after six former Shopify employees spoke to Business Insider and expressed strife over how the company has handled racial and social justice issues this past year.

“Shopify, like any other for-profit company, is not a family,” Lutke wrote. “The very idea is preposterous. You are born into a family. You never choose it, and they can't un-family you.”

“It should be massively obvious that Shopify is not a family but I see people, even leaders, casually use terms like ‘Shopifam’ which will cause the members of our teams (especially junior ones that have never worked anywhere else) to get the wrong impression,” he added.

Lutke clarified that the company was not a family but rather a team and noted that “family thinking” makes it more difficult to dismiss workers who perform poorly. “We literally only want the best people in the world.”

He also broached the matter of how to handle larger social issues, which companies have been grappling with over the past year. Some corporations have felt intense pressure from their employees to weigh in and take an activist stand on various causes, a tack that Lutke made clear would not be part of Shopify’s strategy.

“Shopify is also not the government,” he wrote. “We cannot solve every societal problem here. We are part of an ecosystem, of economies, of culture, and of actual countries. We also can't take care of all your needs. We will try our best to take care of the ones that ensure you can support our mission.”

Lutke asserted that Shopify’s worldview is well-known and includes a commitment to “liberal values and equality of opportunity.” He also said sometimes Shopify will see opportunities to nudge certain social causes forward but that the company does so “because this directly helps our business and our merchants and not because of some moralistic overreach.”

Shopify was one of the first companies to take action following the Jan. 6 Capitol Hill riot by removing the Trump Organization’s online merchandise shop and the e-commerce portion of former President Donald Trump’s election website.

The missive comes after the six former employees alleged that in July of last year, at the height of the racial justice protests following George Floyd’s murder, that an emoji resembling a noose had been added to the company’s Slack system. Slack is a communications suite used by many companies for business communication and includes pre-loaded emojis, although users can upload their own custom emojis to the platform.

While the emoji, which was found in a Slack channel dedicated to diversity issues called #belonging, was soon deleted, internal company debate was ignited over its discovery. A Shopify spokesperson told Business Insider that it was uploaded to the platform as part of a package of images of popular knots.

Additionally, some employees of color also said a parody video by Shopify’s culture team titled the “Ten Slack Commandments,” a nod to the Notorious B.I.G.’s “Ten Crack Commandments,” also did not land well. The video was later removed.

The Slack channel #belonging, which had reportedly become a hub of debate over matters of diversity and inclusion, was switched to read-only after Lutke said the dialogue was becoming unhealthy.

“I’ve been on the Internet for 25 years now and sadly I've seen what's happening here hundreds of times: open and unmoderated forums can turn into echo chambers and those end up with extreme toxicity,” Lutke said in a message closing the channel.

“Shopify is fully committed to the ideas of equality of opportunity and belonging,” he continued. “There is some valid feedback here that should have been given in good faith directly to the teams. Unfortunately most of it is lost in the fundamentalism that has emerged.”

Lutke’s letter to employees about the company not being a family comes after software company Basecamp’s CEO Jason Fried announced that staff will no longer be permitted to engage in “societal and political discussions.” He said in a blog post that Basecamp was not a “social impact company,” adding, “Every discussion remotely related to politics, advocacy, or society at large quickly spins away from pleasant.”

The Washington Examiner contacted Shopify for further comment about Lutke’s email to employees but did not receive an immediate response.