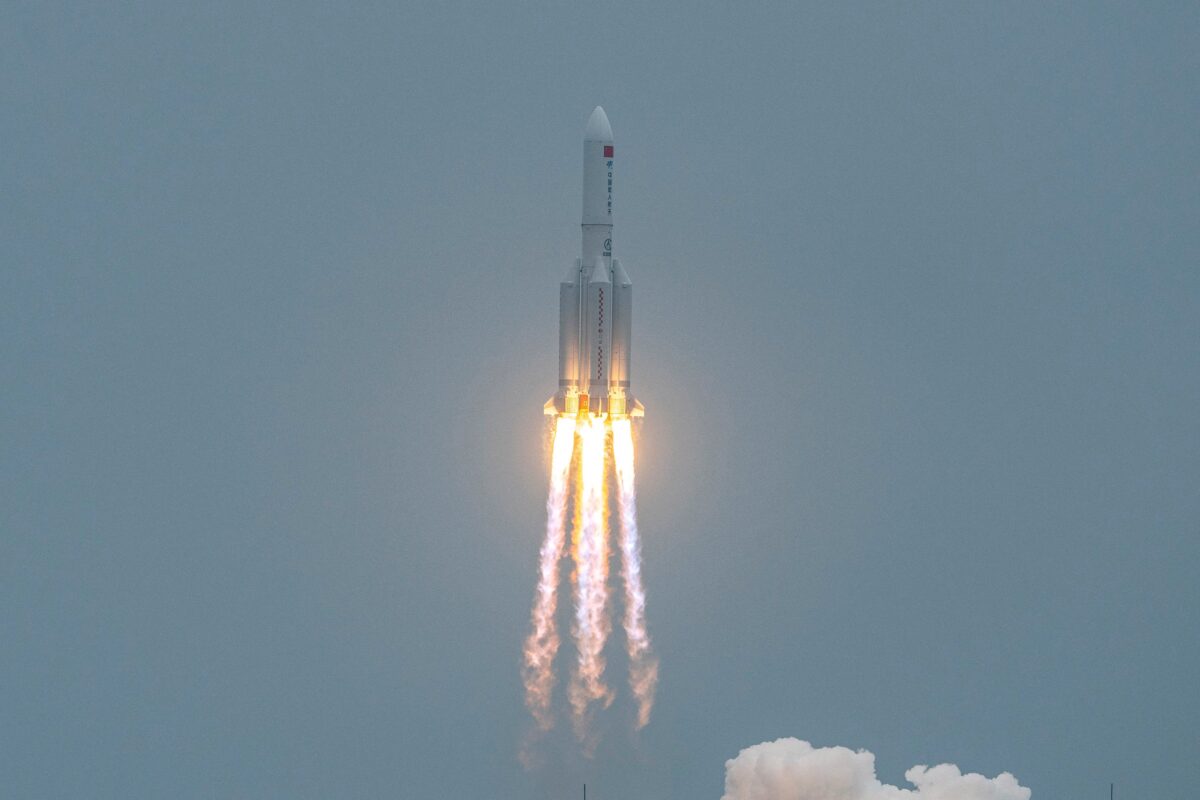 WASHINGTON—U.S. Defense Secretary Lloyd Austin said on Thursday there was no plan at this point to shoot down the remnants of a large Chinese rocket expected to plunge through the atmosphere this weekend.

The Long March 5B rocket blasted off from China’s Hainan island on April 29, carrying the Tianhe module, which contains what will become living quarters for three crew members on a permanent Chinese space station.

The Tianhe launch was the first of 11 missions needed to complete the station.

Speaking with reporters, Austin said the hope was the rocket would land in the ocean and that the latest estimate was  it would come down between Saturday and Sunday.

The Global Times, a Chinese tabloid published by the official People’s Daily, characterized reports that the rocket is “out of control” and could cause damage as “Western hype.” The situation is “not worth panicking about,” it said, citing industry insiders.

The United States has said it is committed to addressing the risks of congestion due to space debris and wants to work with the international community “to promote leadership and responsible space behaviors.”

By Idrees Ali and Phil Stewart