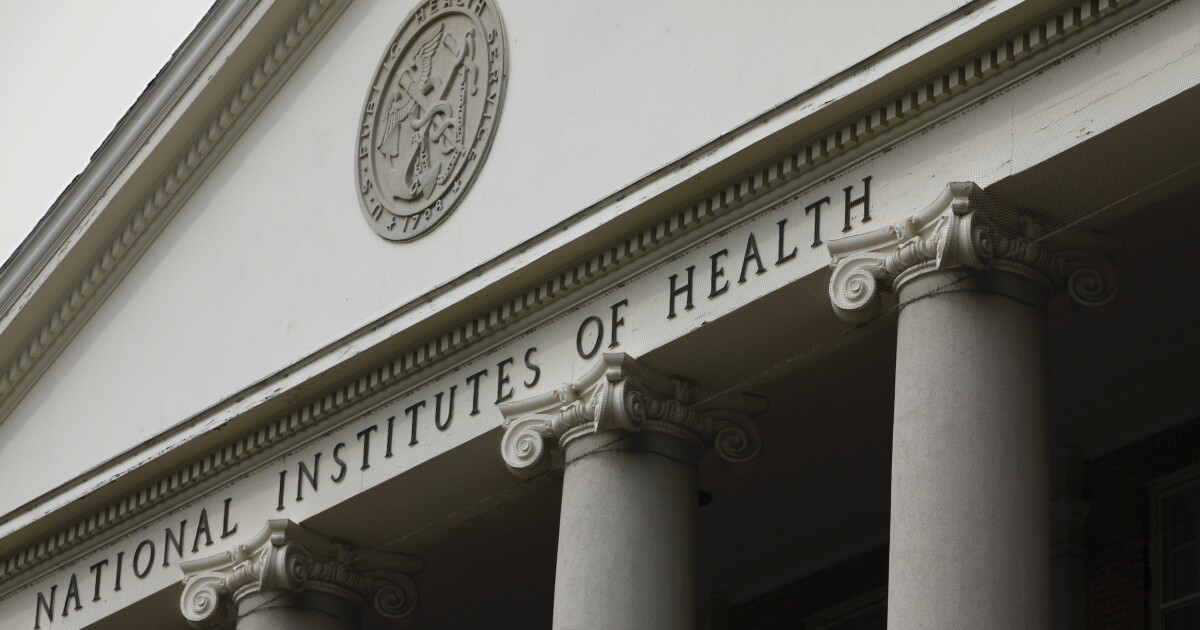 A top official at the National Institutes of Health said the federal agency has identified more than 500 “scientists of concern” within federally funded academic institutions and research programs as the U.S. government grapples with systematic foreign influence efforts, including Chinese economic espionage.

Dr. Michael Lauer, the NIH deputy director for extramural research, made the revelation during a Thursday hearing by the Senate Committee on Health, Education, Labor, and Pensions focused on protecting U.S. biomedical research, especially from undue foreign influence.

“I think one big problem, senators, is that the threat is significant. … We have identified over 500 scientists of concern. … Each of these require a tremendous amount of work to figure out what exactly has been happening and to work carefully with the institution to figure out what’s going on,” Lauer said, adding, “As of April 2021, we have contacted more than 90 awardee institutions regarding concerns involving over 200 scientists.”

“One way that we measure success is by results that we’ve seen when we identify concerns and see whether or not there are consequences. There have been over a hundred scientists who have been removed from the NIH ecosystem,” Lauer said, noting that there have been “34 or so” referrals to Health and Human Services's Office of Inspector General.

“Unfortunately, a few governments have initiated systematic programs to exploit the collaborative nature of biomedical research and unduly influence U.S.‐supported researchers,” Lauer said, citing three major areas of concern. “First is the failure by some researchers at NIH‐funded institutions to disclose substantial contributions of resources from other organizations, including foreign governments and businesses. … Second is diversion of proprietary information included in grant applications or produced by NIH‐supported biomedical research to other entities, including other countries. And third, failure by some peer reviewers to keep information in grant applications confidential, including, in some instances, disclosure to foreign entities or other attempts to influence funding decisions.”

The Senate Permanent Subcommittee on Investigations released a bipartisan report in November 2019, concluding China used its Thousand Talents Program over the past two decades to exploit access to U.S. research labs and academic institutions. The FBI has deemed the Chinese effort to be a form of “nontraditional espionage.” The United States has charged a host of researchers for concealing their China ties.

Lisa Aguirre, acting director of HHS’s Office of National Security, also testified Thursday, warning that “foreign actors seek to exploit government, private-sector, and academic development efforts in order to advance their own national interests while providing sponsorship to a variety of nontraditional activities to steal and co-opt U.S. research” and that “nontraditional collectors can include foreign researchers who have been recruited by foreign talent recruitment programs, cyber hackers, and foreign students who have been co-opted or coerced into spying for foreign governments and their intelligence services.”

She said that since July, her office received 78 portal emails from Lauer, and from those, there were nine findings, which were put into intelligence products and provided to NIH counterintelligence and insider threat staff.

Gary Cantrell, the deputy inspector general for investigations at HHS, noted Thursday the watchdog office oversees HHS’s $1.2 trillion yearly expenditures, noting that HHS is “the largest grant-making organization and second-largest contracting agency in the federal government.” He said NIH has referred “numerous allegations of noncompliance with its terms and conditions for receiving a medical research grant” and that “the allegations primarily deal with the failure of grantee principal investigators to disclose foreign government affiliations.”

Cantrell said the inspector general’s office “assessed NIH’s vetting and oversight of the 27,000 peer reviewers who review grant applications for NIH each year” and noted that NIH “has raised concerns about some peer reviewers inappropriately disclosing confidential information, including to foreign entities.” The watchdog found that NIH “has not focused its vetting specifically on undue foreign influence” and that the agency “could do more to address the risk that undue foreign influence poses to maintaining confidentiality.”

He said the watchdog has also “completed nine reviews focused on protecting the integrity of NIH-funded research, with 12 additional related reviews planned or underway.” Cantrell believes NIH “has no mechanism to identify financial conflicts of interest that involve foreign entities and is not planning to expand its FCOI reporting requirements to include such a designation.”

Candice Wright, the acting director for science, technology assessment, and analytics at the Government Accountability Office, discussed Thursday the “challenges faced by the research community to combat undue foreign influence, while maintaining an open research environment that fosters collaboration,” and said the GAO “recently reported on the risk foreign students working at U.S. research universities may pose by ‘exporting’ sensitive knowledge they gain to their home countries.” The federal government expended $44.5 billion on university science and engineering research in fiscal year 2019, Wright said, noting that HHS “funds over half of all such federal expenditures” and that NIH “accounts for almost all of this funding.”