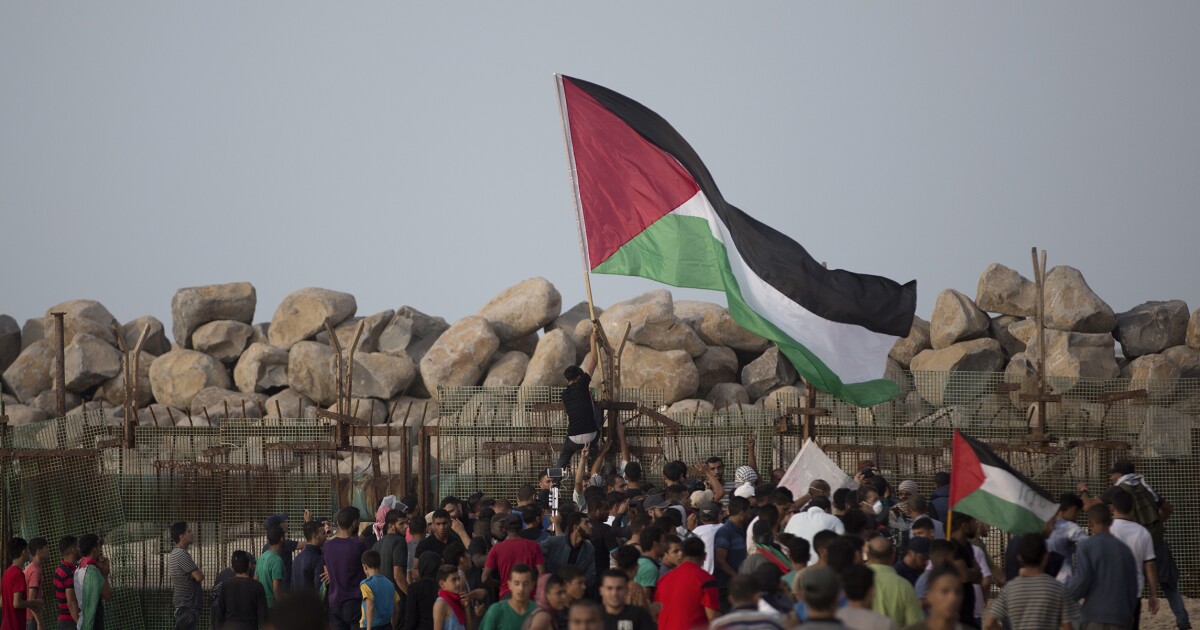 A member of the New York State Assembly shared an image erasing Israel from the map amid escalating fighting between Israel and Hamas.

Phara Souffrant Forrest, a Democratic Socialist, shared an altered map of the Middle East in which Israel was labeled as Palestine, and the Dome of the Rock was prominently featured. The map erased all Israeli territory, including the areas of the nation that are not recognized as disputed territory. The image was accompanied by “#FreePalestine.”

The first-term assemblywoman's post was widely criticized, including by Souffrant Forrest's colleague in the New York State Assembly.

Assemblyman Daniel Rosenthal wrote that the image was reminiscent of the Hamas goal to “wipe Israel off the map.”

Kalman Yeger, a member of the New York City Council, wrote that “Hamas has representation in the State Assembly.”

She represents Crown Heights, one of the most populated Jewish areas in America.

Is this ok with you @NYCMayor @NYGovCuomo? https://t.co/6iUqz8qlox

Erielle Davidson, a policy analyst for the Jewish Institute for National Security of America, said the map was baffling and argued the pro-Palestinian “movement is about *erasing* the Jewish state.”

Maps like these always baffle me. It’s not about having a state—if it were, the Palestinians would have accepted one of the 6+ offers they’ve received. The pro-Pal movement is about *erasing* the Jewish state. Grotesque and genocidal. https://t.co/Yj0em8Rgj1

Souffrant Forrest attempted to sanitize her post by claiming that the “reality on the ground” in Israel is “apartheid.”

This is a map of historic Palestine. This land has a history of peaceful coexistence. Today, as an @hrw report states, the reality on the ground is apartheid. We need to make sure that our tax dollars don’t support the oppression of any peoples. https://t.co/yQgK76WF6e

Souffrant Forrest represents parts of Brooklyn, including sections of Crown Heights, a heavily Jewish neighborhood. Her campaign page touts an endorsement from Rep. Alexandria Ocasio-Cortez, who, on Wednesday, accused President Joe Biden of taking “the side of occupation” after the president said that Israel has a right to self-defense.

Hamas has launched hundreds of rockets at Israel in the past week, the vast majority of which were intercepted by the country's Iron Dome missile defense system. At least 90 people have died in the conflict, including 83 Palestinians.

The IDF is reportedly drawing up plans for a ground invasion of the Gaza Strip as experts in Middle East politics warn that the conflict has the potential of escalating into a full-scale war.

A delegation from Egypt is in Tel Aviv to broker a ceasefire agreement and has met with officials from both Hamas and the Israeli government.